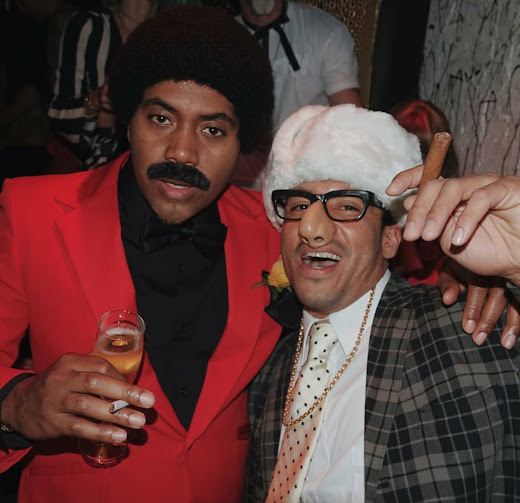 Over the course of the past month or so, there have been a plethora of solid Hip-Hop EP's released online; a quick, concise 30-minutes or less format that's seemingly, replaced the mixtape/"street album" format of years passed to become your favorite underground rapper/producer's go-to promotional tool. Here, for this inaugural edition of The Witzard's Rap EP Wrap-up, we'll be profiling eight EP's released throughout March 2018, as well as two released at the end of February that were honestly, way too dope to not include! Featured below, in no particular order, are EP's from the likes of ALASKA & PJ Katz, Elaquent, Epic Beard Men (Sage Francis & B. Dolan,) Luke Sick & Damien *, Madlib & J Dilla's proteges MED AKA Medaphoar & Guilty Simpson, Loretta Records founder Observe, Roughneck Jihad & IL Torsolo *, SULTANS OF SPRING touring mates PremRock & Fresh Kils, and Purple Dialect, as well as a posthumous Illa Ghee-assisted release from Sean Price. Along with a brief write-up on each release, you'll find a select track from each EP, as well purchase links to buy or stream online. If this one goes well, we'll plan to publish an edition of The Witzard's Rap EP Wrap-up each month or so. ARTISTS: feel free to submit your current or upcoming EP's to sharpcheddar856@gmail.com for consideration within The Witzard's Rap EP Wrap-up. This very post includes EP Selections VI-X. while Part 1 of The Witzard's Rap EP Wrap-up, complete with EP's I-V. can be viewed right here. 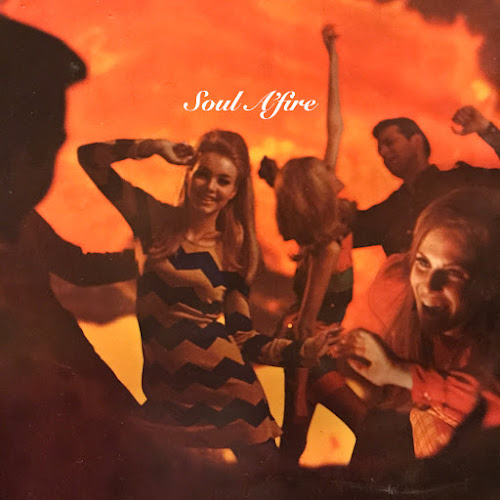 "Portrait of Savage is still in-the-works, but probably won't be out until late Spring. In the meantime, I wanted to drop something that showed how my style has changed and evolved," Loretta Records founder/label owner and producer Observe wrote within an emailed statement to The Witzard. "My previous stuff was pretty much straight Boom-Bap and this release lays the ground work for the grittier, more Experimental style that will be found on the upcoming LP. No plans to do a physical [release] for this one yet, but depending on how it does, maybe in a month or so," he continued. Observe's latest release is a 14-minute single-track EP entitled Soul A'Fire consisting of six separate tracks: "Catharsis, "Say it again," "Death funk," "Good things come to those who wait," "Love in so many words," and "Al's dream sequence." Observe alternately described his Soul A'Fire EP as, "just a weird little EP. No Rap stuff on it... strictly weird sh*t for the freaks." It's currently available to stream and download on Observe's Bandcamp page, a swell as Loretta Records' Soudncloud. 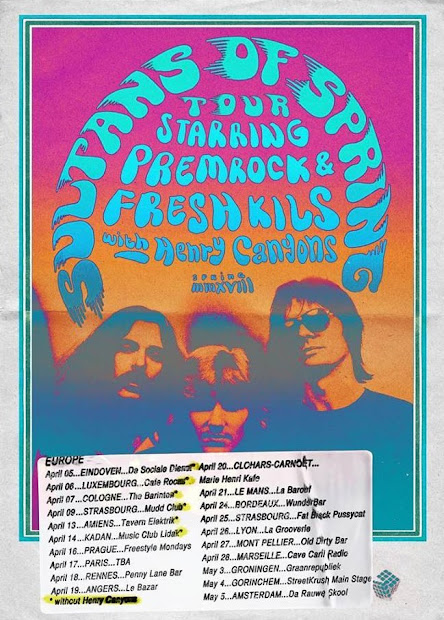 Just the other night, Tuesday, March 27th, PremRock & Fresh Kils played the final date of their SULTANS OF SPRING US Tour with rising LA-based emcee Henry Canyons in tow. PreRock hails from New York and is a member of Philly-based Wrecking Crew, along with Zilla Rocca, Curly Castro, and Small Professor; while Fresh Kils is a world-class DJ, engineer, producer, and "master live MPC'er" hailing from Toronto, Canada. PremRock & Fresh Kils have previously, worked together on a number of occasions including their 2016 collaborative album, Leave In Tact and its 2017 companion piece, Leave In Tact: The Remix Collection, both released on Toronto-based URBNET Records. Last Tuesday, March 20th, to the general surprise of "Rap Twitter," PremRock & Fresh Kils surprise-released their third collaboration in just as many years, an expansive 7-track EP entitled Poet's Payday. Fresh Kils & PremRock are joined by billy woods, Vekked, Zilla Rocca, DJ Mo Niklz, and Ice Tha One on their Poet's Payday EP. Following a brief sabbatical period, PremRock & Fresh Kils are planning to hit the road—once again, with Henry Canyons—for the European leg of their SULTANS OF SPRING mmxviii tour. 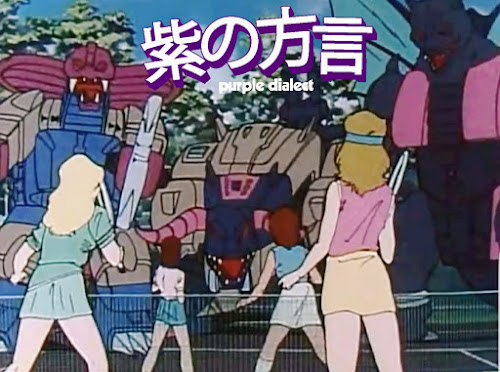 Purple Dialect is a Pennsylvania-based emcee, beat-maker, and producer, who, up until very recently, has released a string of thematic projects online. @pdialect is effectively 1/2 of GHOST VOLCANO with graphic designer and frequent collaborator Spook Novel. Last year alone, Purple Dialect unleashed a marathon four releases including Forest Fortress, Ghost Beach, Campfire EP, and planet pumpkin, alternately dubbed "GHOST VOLCANO, Season 1 Episodes 1-4;" thus definitively making Purple Dialect's latest release, victory, the "lost episode" of the GHOST VOLCANO series. According to Purple Dialect himself, victory is a 10-track beat tape consisting of "new beats, unreleased instrumentals, and found file-age" all created using his SP-404, a tapedeck, and of course, The Internet. Unlike his previous GHOST VOLCANO releases, which featured the likes of Darko The Super, Leemlizzy, RayRayBeats, Shoegaze Swayze, Kool A.D. B. Moore, Manny Marko, and Vas Vigoda... victory boasts only one lone feature from thegreyorange, which may or may not simply be a vocal sample flipped and re-purposed extremely well by Purple Dialect. 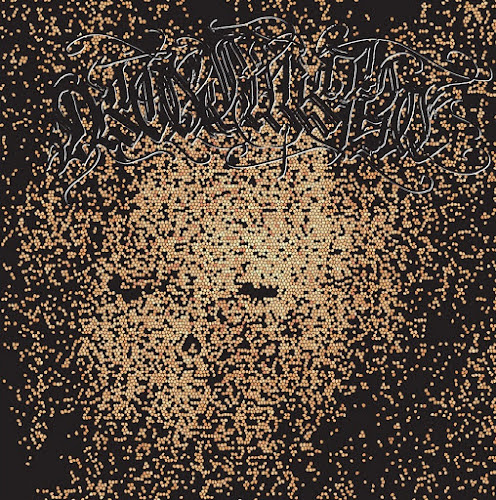 Roughneck Jihad—sometimes, referred to as "Jihad The Roughneck MC"—is an extremely prolific emcee and member of legendary Bay Area Hip-Hop crew, Third Sight, along with DJ Dufunk & D-Styles. Jihad is also a member of Foul Mouth Cringe with DJ Ruthless, Tarantula Brothers with Dufunk, The Incredible Torture Show (T.I.T.S.) with Matt Gamin & Trailer Trasher, Echoes of Oratory Muzik, and more. I was personally, first exposed to Roughneck Jihad's multi-layered rhymes strewn across his 2017 full-length, THE WRETCHED OF THE VERSE: A MICROPHONE MURDERER'S EXTENDED-PLAY RESPONSE TO UNABRIDGED WACKNESS IN HIP-HOP MUSIC TODAY, which was recommended to my by fellow Hip-Hop enthusiast and Twitter personality Elmattic (@thisiselmattic.) Initially, described as an EP with Italian producer IL Torsolo dating back as far as 2010-11, according to Torsolo's sicstic YouTube page, DISCO SINISTRO is a 9-track digital EP complete with three instrumentals. Not unlike THE WRETCHED OF THE VERSE, Roughneck Jihad & IL Torsolo's DISCO SINISTRO is a stripped down, no frills, yet hard-as-nails of Golden Era Hip-Hop evoking bangers. DISCO SINISTRO's currently available digitally on Jihad The Roughneck MC's Bandcamp and will soon be re-pressed on vinyl and available for pre-order. 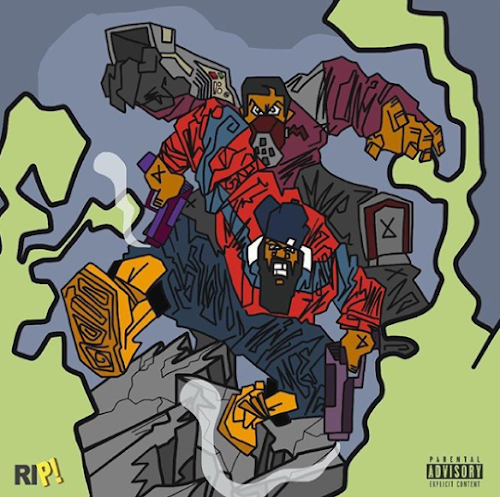 "It's called Metal Detectors," says Illa. But its release isn't imminent. I just have to get my mind right, before I deal with that. I kinda chilled out with it for a minute because after losing a friend, I just want to chill and grieve for a minute, until I'm feeling a lot better," Brooklyn emcee Illa Ghee told HipHopDX back in 2015. Not only did Illa Ghee and Sean Price having a long-standing collaborative relationship—first working together on "Price to Be Illa" from 2011's Illa Spectrum—they had a real-life, non-musical friendship, as well. Illa Ghee says he last hung out with Sean P the day before he passed away, August 8, 2015, as they simply went to the grocery store together. Now, nearly three years later, Metal Detectors EP has been released on Sean Price's long-time label home, Duck Down Music and serves as his third official posthumous release. Fittingly described by Sean Price himself as, "Bruce Wayne versus Bane" on "NEOSPORiN," Metal Detectors EP's 8 hard-as-nails tracks clock in right around 20 minutes and boasts an intro from Sean P super-fan Michael Rapaport.