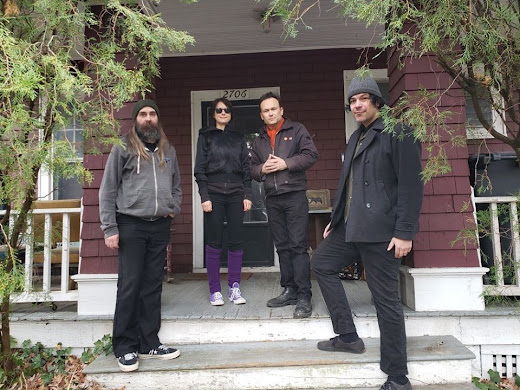 Not only will Alec MacKaye forever be immortalized as the iconic "cover model" for multiple 7+12-inch releases for his older brother, Ian's bands, Minor Threat & The Teen Idles, he has, also, been in countless Punk/HarDCore bands of his own: Untouchables, (The) Faith, Ignition, The Warmers, and Bells Of.. MacKaye has not been part of a band, let alone any musical project, for 20+ years, following the demise of The Warmers with Amy Farina & Juan Carrera in 1997. After an extended self-imposed musical sabbatical, Alec MacKaye has finally returned with a new band. HAMMERED HULLS, featuring an array of Punk/HarDCore mainstays: Mark Cisneros, Mary Timony & Chris Wilson. Together, Cisneros, Timony & Wilson have played with Acquaintances, American Hearts, Autoclave, Chain & The Gang, Deathfix, Des Demonas, EX HEX, The Firebird Suite, Green 4, Helium, Hound, KID CONGO & THE PINK MONKEY BIRDS, Led Byrd, THE MAKE-UP, The Mary Timony Band, Medications, Mind Science of The Mind, Open City, Shake Ray, The Spells, Ted Leo / The Pharmacists, Titus Andronicus, Turbine, and Wild Flag.

"Every person in this band is a fan of every other person in this band. Mutual respect drives this train. To say they are an odd collection of influences is to understate the point. If you tried you couldn’t imagine what this band might sound like..." reads part of a HAMMERED HULLS band bio penned by Brendan Canty of Fugazi, Rites of Spring, and The Messthetics. Just this past summer, HAMMERED HULLS unleashed their debut 3-song self-titled (S/T) EP on Dischord Records in both digital and 7-inch formats, as recorded/produced by Don Zientara & Ian MacKaye at Inner Ear Studios. A few months ago, we were fortunate enough to send some HAMMERED HULLS-centric interview questions over to guitarist Mark Cisneros, who, in turn, sent them over to frontman Alec MacKaye, as well. So, now, we, here at The Witzard, are proud to present our comprehensive interview with 1/2 of HAMMERED HULLS!

I. Prior to forming HAMMERED HULLS, had any of you previously played together in any capacity?

Mark Cisneros: I think, only Mary [Timony] & I had played together before? I played bass for a couple shows in The Mary Timony Band with Faraquet/Medication's Chad Molter on drums. We were doing that brilliant solo stuff of hers, along with some Helium tunes. That was really great. I also, played some bass on an early EX HEX single. Mary's an absolute genius and one of my favorite guitarists and people of all time. Oh, come to think of it, I think, maybe, Alec once got up and did a Faith song with Ted Leo + The Pharmacists a little while back?

Alec MacKaye: Mark is correct—aside from a couple of spur-of-the-moment cover songs with The Pharmacists, I hadn't played with any of these folks (or anybody, at all, for the past 20 years) before.

II. What's HAMMERED HULLS' "origin story" like... I mean, how did the band initially form?

Mark Cisneros: Well, Chris [Wilson] & I had been talking about playing together for years. He's one of my favorite drummers and favorite people. Alec is, of course, a legend and one of our favorite singers and people, as well. Over the years, we had both asked Alec when he was going to start another band; so, Chris got the idea of the two of us starting a band and seeing if we could pull Alec out of "retirement." At the time, Mary & I had been starting to work on a new project, but once we told her about our plan, she was all for it. So, we asked Alec if he wanted to start a band with us, I did some rough demos of song ideas I'd been sitting on, he was into it, and, then, we got to work.

Alec MacKaye: That about tells it. 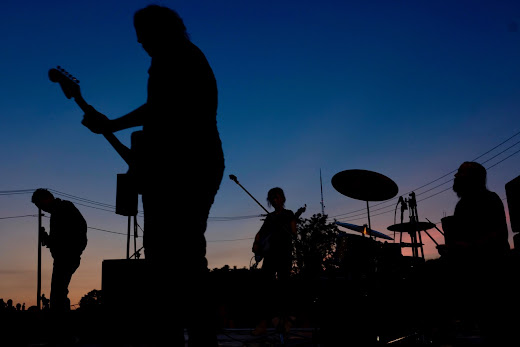 Mark Cisneros: Dischord was our first choice. In our minds, it really had to be on Dischord. If they'd take us, of course. We recorded a 10-song demo for Ian [MacKaye] and he gave us the green light. It was his suggestion that we do a 7-inch first before the LP. Given our hectic individual schedules this year, the single serves as a placeholder, of sorts.

IV. What was it like working with Alec's brother, Ian MacKaye (Fugazi, Minor Threat) & Don Zientara again to record/produce your S/T EP?

Mark Cisneros: Classic Dischord recording team. We definitely wanted this release to be with Ian & Don at the helm over at Inner Ear [Studios]. Don is a legend and Ian always has great ideas. Ian is a real student of song craft. His musical tastes are incredibly varied.

Alec MacKaye: Most of the records I have worked on have happened in that studio, with those two people, starting in 1981 in the furnace room of Don's basement. So, for me, it felt like home and family, because it is.


V. Is it true the entirety of this 3-song EP was recorded in a single-day session at Don Zientara's own Inner Ear Studios!!?

Alec MacKaye: ...and the players are some solid senders!

VI. What kind of traits would you say with of you bring to HAMMERED HULLS from your experience with your past bands, projects, recording entities, etc?

Alec MacKaye: I can only do it the way I always have: work and think and explore and drill deeper into the places where we are, rather than worry about what we "should" be doing. I don't know what that might produce, but I do know whatever it is, it will be ours and that makes it good. 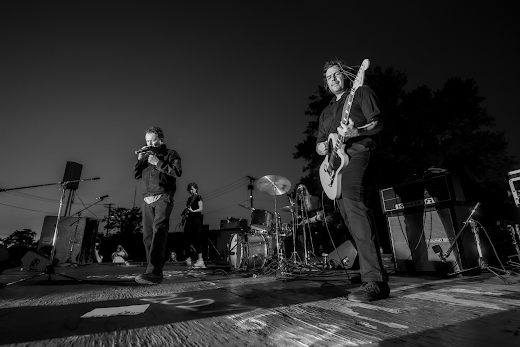 VII. What type of meaning or connotation is the phrase "Hammered Hulls" intended to mean or possess as a band name?

Alec MacKaye: [It] comes from old advice on acquiring a wooden boat. You should stab it with a knife and hammer the hull. The knife will detect soft wood between the partner and the step: rot that may have set in near the mast. One should, also, "hammer the hull" and listen for the "thock" drumbeat sound of solid wood or the dull, deadblow tone of a rotten strake. A sound craft makes for a good journey.

Alec MacKaye: We have enough material for a long-player and are working on new [material]. We are game to play more shows, tour, as time permits, and if someone wants to pay for it, I can imagine doing video work. There is a lot being discussed and folks wanting to set up shows all over, but we don't have any concrete plans, aside from a show in D.C. in January [2020].


IX. Assuming you're all mutual fans and admirers of each other's pre-HAMMERED HULLS output, do you have any particular recommendations for new fans to the genre/band(s)?

Alec MacKaye: I don't really understand the question... so, I'll just recommend that HAMMERED HULLS fans spend a few hours chasing down all the varied and amazing bands and projects we have been a part of and enjoy the journey.

X. In addition to HAMMERED HULLS and your own active projects, what other D.C.-area artists/bands might you recommend fans of Dischord Records & HarDCore check out?

Alec MacKaye: Lightbeams, Puff Pieces, Gauche, Quattracenta... too many to list... D.C. keeps cranking! All the time and for all time... 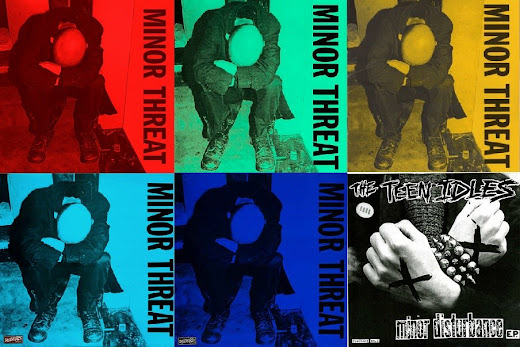