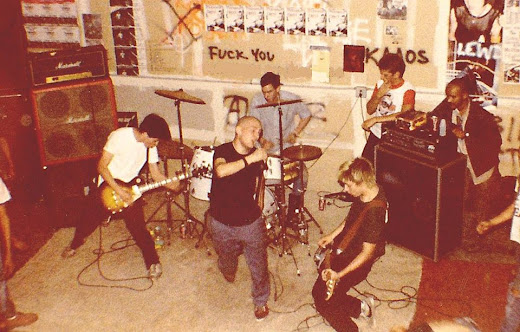 With The Quickness will, hopefully, be a new column here at The Witzard (shout-out to John Bachman for the column name!) to feature Punk/Hardcore playlists to be curated by people from both in and around the genres. For this inaugural installment, we've asked film-maker, music journalist, musician, and graphic designer Scott Crawford to curate a DC Punk playlist. Oddly enough, I first heard about Crawford via his @saladdazed Instagram & Twitter pages, which largely feature Punk/Hardcore memes, along with rare archival photographs. As a teenager living in the DC suburbs, Scott Crawford started a fanzine called Metrozine, who, in 1985, released a 7-inch compilation called Alive & Kicking with WGNS Recordings. It was recorded at Don Zientara's infamous Inner Ear Studios. It featured contributions from United Mutation, Gray Matter, Beefeater, Mission Impossible—featuring a 16-year-old Dave "G." Grohl on drums—Cereal Killer, and Marginal Man. Scott Crawford's additional credits include serving as director/writer on both Boy Howdy! The Story of CREEM Magazine and Salad Days: A Decade of Punk In Washington, DC (1980-90.)


Crawford launched Harp magazine and served as its Editor-In-Chief for over seven years and additionally, launched a separate online music portal in 2009. A comprehensive hardcover book, Spoke: Images & Stories from The 1980's Washington, DC Punk Scene, was released on Akashic Books in conjunction with Dischord Records in 2017. With The Quickness: Scott Crawford's DC Punk Playlist for The Witzard features everyone from J. Robbins to The Replacements; as a whole, said playlist takes the listener on a sonic journey through "new DC stuff," "DC classics" (available on the Salad Days soundtrack,) and "DC & non-DC classics from the 1980's" not included on said soundtrack. Below, you will find a bit of commentary from Scott Crawford himself on the creation of his Spotify playlist exclusively curated for The Witzard. There's still time to purchase a few Crawford-created pieces of memorabilia as sticking stuffers for that special Punk in your life this holiday season!


"Many of these songs represent a big chunk of my teenage soundtrack, while others illustrate what DC Punk is up to these days—and how it continues to thrive in the shadow of The White House. This is, by no means, a complete list and far from exhaustive (many of other numbers I selected aren't available on Spotify, and, let's face it, my memory isn't what it [used] to be,) but, hopefully, they'll resonate with you, like they continue to for me." 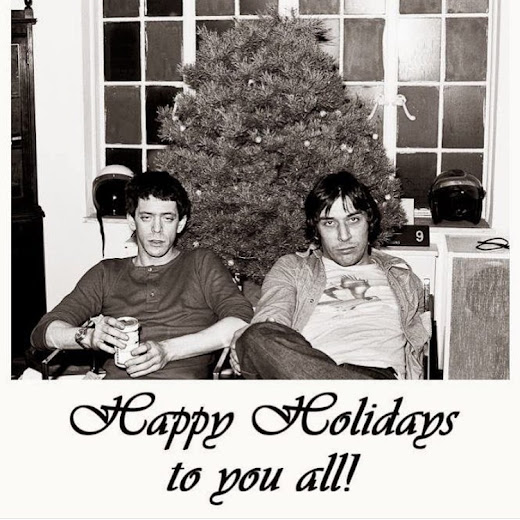