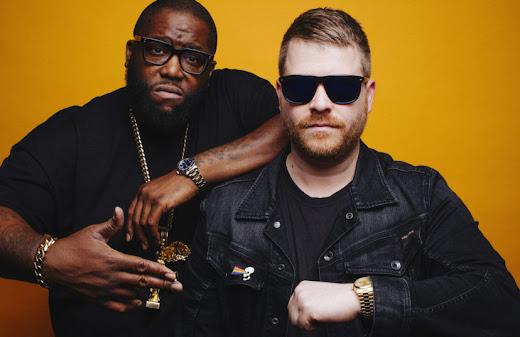 Honestly, at this point in time, Run The Jewels (RTJ) should require absolutely no introduction... but, just to be safe, here's a brief/obligatory introduction: RTJ consists of rapper/producer and Definitive "Def" Jux co-founder El-P and emcee and OutKast affiliate Killer Mike. Legend has it, El & Mike first met on the set of Mr. Muthaf**kin' eXquire's "The Last Huzzah" (Remix) music video shoot. Soon after, [adult swim] Senior Vice President/Creative Director Jason DeMarco—then, at Williams Street Records—connected Killer Mike with El-P, who would produce his phenomenal 2012 album, R.A.P. Music. Mike, additionally, appeared alongside El on his own 2012 Fat Possum Records album, Cancer 4 Cure, on stand-out track, "Tougher Colder Killer." R.A.P. Music & Cancer 4 Cure were released weeks apart, so fast friends Killer Mike & El-P decided to tour together behind their then-new albums. After the widespread success of said tour, El-P & Killer Mike, finally, made it official and formed Run The Jewels in 2013, taking inspiration for their super-group's name from LL Cool J's "Cheesy Rat Blues" from 1990's Mama Said Knock You Out.


Later in 2013, Run The Jewels released their self-titled album (often, referred to as RTJ1) on Fool's Gold Records boasting features from OutKast's Big Boi, Until The Ribbon Breaks, and Prince Paul as "Chest Rockwell." Just about one year later, in October 2014, Run The Jewels returned with Run The Jewels 2 (RTJ2) released on Nasty Nas' own Mass Appeal Records. For RTJ2, El-P & Killer Mike brought in Zack de la Rocha, BOOTS, Travis Barker, Gangsta Boo (Three 6 Mafia,) and Diane Coffee for neck-snapping features throughout. 2016 ushered in Run The Jewels 3 (RTJ3) issued on Mike & El's own Run The Jewels, Inc. this time, with guest features from Joi, Danny Brown, Tunde Adebimpe (TV On The Radio,) BOOTS, Trina, Kamasi Washington, Danger Mouse, Matt Sweeney, and Zack de la Rocha. Prior to this whole Coronavirus/COVID-19 Pandemic, RTJ were panning to go on tour with Rage Against The Machine as part of their 2020 Public Service Announcement "comeback" tour, but who knows what's happening with all that now.


Run The Jewels have been feverishly working towards finishing up Run The Jewels 4 (RTJ4,) which was, supposedly, co-produced by none other than Rick Rubin. Just last week, ahead of RTJ4's official unveiling, Run The Jewels released, not one, but TWO singles from the long-awaited album: "Yankee & The Brave (Ep.4)" and "Ooh LA LA" Feat. Greg Nice & DJ Premier. Amidst all the calamity, both RTJ4-related and otherwise, Pig Food Records quietly uploaded a mysterious 12-track collection called Run The DMC credited to "Dj Cold Cut & DJ Dragon Smasher." Yes, as you may have suspected, Run The DMC is a mash-up/remix album features beats and rhymes from none other than Run The Jewels AND Run-D.M.C. With a little digital sleuthing, we soon learned DJ Dragon Smasher was, in fact, Pig Food Records co-founder Mitchell "Mitch" Smith AKA Dood Computer; "Mitch and our pal @djcoldcutno1 made what we think is a pretty dang fun project that should help you kill 30 or so minutes of your day..." @pigfoodrecords posted on their Instagram page, along with multiple download links to said project.


Not only does Run The DMC feature beats and rhymes culled from Run The Jewels & Run-D.M.C. classics, it features "guest appearances" from some of their sharp-tongued friends and affiliates, including Jermaine Dupri, Method Man, Zack de la Rocha, Big Boi, Sleepy Brown, and Kurtis Blow throughout. It's definitely, as the label attests, an extremely fun listen that displays the lineage between Run-D.M.C./LL Cool J and Run The Jewels. Ch-ch-check out a few select tracks from Dj Cold Cut & DJ Dragon Smasher's Run The DMC mash-up album, along with Run The Jewels' own "Yankee & The Brave (Ep.4)" & "Ooh LA LA." Run The DMC is currently available to purchase, stream, or download directly from Pig Food Records' Bandcamp page. RTJ4 was originally supposed to be released "before Coachella," which was to be held April 10-12 & April 17-19, but that has since been postponed until October 2020. "DONT ASK WHEN IT DROPS WE DONT KNOW YET WE WILL SOON..." El-P (@thereallyrealelp) recently wrote within an Instagram caption.


"Trapped in the house and bored out of your mind? Perfect! Mitch and our pal, @djcoldcutno1, made what we think is a pretty dang fun project that should help you kill 30 or so minutes of your day... even more, if you listen to it more than once. We, actually, finished it a while ago, but just recently had it mixed by @pjkatz.pts. It, also, didn't have any artwork, until this past week. If you like @runthejewels (@killermike & @thereallyrealelp) and/or @rundmc (@kingdmc & @revwon,) you should, maybe, give this a spin. It's FREE, so spread it around! Available at..." 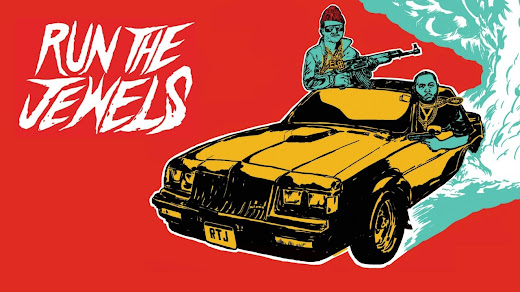