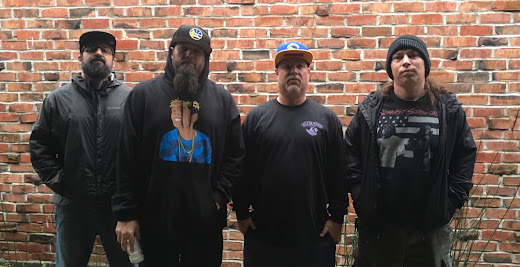 HARD FOUL's 10-minute set included a selection of songs titled "Revolution Is Imminent," "And One," "Beer Snob," "King Is Queen," "Not On My Watch," "West Bay OG's," "All Talk No Action," and "Ruthless Crime Addikts." I've previously communicated with HARD FOUL's Dan Lactose AKA DJ Eons One, Kurlee Daddee, and Frank Ripple, so I decided to reach out to them this past weekend, via email; the commentary below comes from a Group Email, which included Dan, Kurlee, Frank & Cris. I've decided to just leave it largely unedited and let HARD FOUL's members speak for themselves in their own words... but here are a few additional FUN FACTS from within said emails: Max "625" Ward (ex-SPAZZ) is going to release a HARD FOUL/These Bastards split 7-inch. Frank Ripple is currently working on a West Bay Hardcore comp. which will include a couple new HARD FOUL tracks, as well. Over the weekend, @DanLactose posted two photos (Above & Below) on his Twitter page, along with the Comment, "Throbbing Gristle / Hard Foul, same wall @KFJC897fm RIP Genesis P-Orridge." Stay tuned for further details concerning HARD FOUL/These Bastards' upcoming split 7-inch.


"We've been together about two years. I came up with the name because of my interest in basketball over the last several years, due to the success of The Warriors. I've always liked to come up with silly names for [Hardcore] bands and I imagined a team mascot image of a "swoll rooster" with a basketball jersey (Hard Fowl.) Another thing I wanted to do was have a band that jammed in my garage. At the time, Kurlee & I were doing our podcast and he had written some lyrics for another band I play in called Redacted. They were sick lyrics and I thought he would make a sick vocalist, plus, he was way into sports and it seemed like a good fit. We talked about it on the podcast and Dan volunteered to play guitar. I had talked to Cris, our drummer, online and he was down to play drums. KFJC is a West Bay institution and we've had a nearly 30-year relationship with the station and various folks up there. Dan [DJ Eons One] was DJ'ing up there with a group of artists for a special performance a couple years back and mentioned his new band to a DJ known as Honeybear, who promptly asked the band to do a live mic when we were ready." 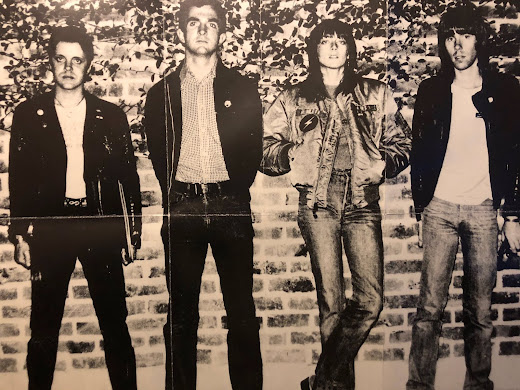 "This was my very first band I got to be a part of. And to be in a band with these sick-a$$ musicians was truly humbling. Watching these guys work on riffs and put it together was f**king rad. To learn the whole process that my homies have been doing for the last 30 years was super-fun... I have been friends with most of these cats since the late 80's. I had never thought about being part of a band because I don't have any musical talent at all. I have always been able to write, but never, actually, put pen to paper with lyrics. Frank & I went to a Dead Kennedys show in Santa Cruz and I was toying with the idea of doing a podcast because I had been listening to so many about three years ago. I wanted to talk about all the stories each of us had about The West Bay and the shows we went to, the music we both liked, and interview a bunch of our friends and, basically, get all that sh*t on a podcast. We agreed to try and do a few [shows] and now, we have 20. I think, Frank asked if I would be willing to write up a few lyrics for a song. So, I wrote some lyrics for Redacted for the song "El Chappo's Revenge." I took a stab at it and he got super-hyped."

"I was a regular listener to Frank & Kurlee's podcast and I remember an episode where they were talking about trying to start a band and needing a guitarist. I've known Frank forever and we previously jammed in Deny The Cross, so I was interested in the idea of making music with him again, but Frank lives a lot further away from me now, so I was like, "will I be able to make it work?" I had been trying to play guitar more again and was trying my hand at a project using a drum machine, but it just isn't' the same as jamming with humans. Finally, I hit Frank up and said I was down, but couldn't really commit to practicing more than once a month. That was fine with them, so I was on board. When Frank told me Cris was going to play drums, I was stoked because Cris was someone I had been chopping it up at gigs wherever I was in The South Bay and I had seen his band, DEADPRESSURE, and they ripped. Cris is a guy who already "got it," so writing music with him, he knew exactly what we needed. The whole writing process was really smooth and we, actually, spent more time re-arranging the songs over the past year. I've never really done that before, but it definitely ended up being a great idea. Initially, Frank was talking about trying to do something that sounded very NYHC, so I started writing riffs like that, but when we finally started putting songs together, it started to take a different direction, like all bands do. I think, now, we definitely have a sound where we are drawing equally from all our different influences... We, also, figured out we have so many friends in common and weird degrees of separation. It's a solid unit that totally seems like it was meant-to-be." 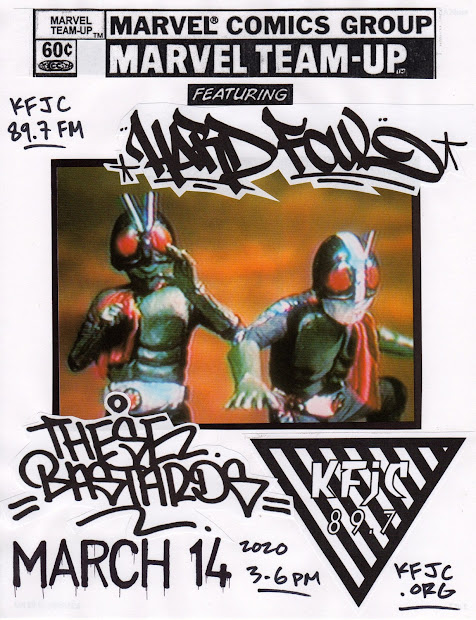