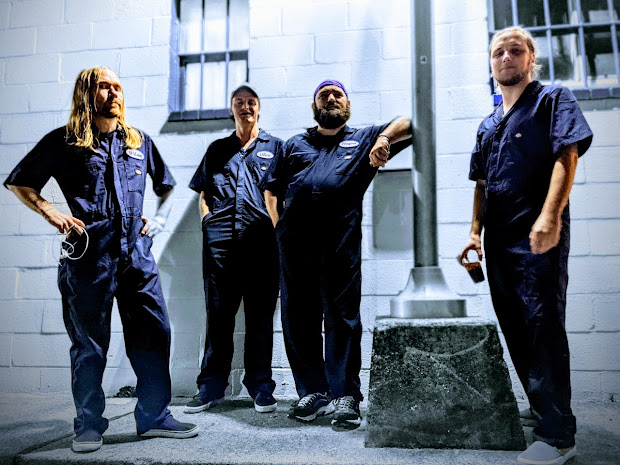 
As YES! Weekly wrote, "Thirsty Curses make Rock "N" Roll, with a boisterous beer-swilling edge to it. Many of these songs are about living it up while things fall apart at the seams or, at least, trying to find some glory in chaos and meaninglessness." Thirsty Curses has a diverse sound, pulling from a variety of genres. Indeed, as Dying Scene once noted, "as schizophrenic as their genre influences seems to be, the one common denominator is that I dig every single track I'm hearing... I defy you not to get hooked by the track "Dimlit Cathedral." Thirsty Curses released two albums independently, Holy Moly & All Shook Up—which included singles "Holy Moly," "Dimlit Cathedral," "Exile," and "Neon Sign"—before signing with Charleston-based Indie label Spectra Music Group in early 2019.


Thirsty Curses put out its self-titled album shortly thereafter, which included the singles "Bruises On Your Shoulders," "Smash/Hit," and "Racing Through The Daze." Incidentally, the music video for "Bruises On Your Shoulders" won Best In Festival at The Broadcast Education Association's 2021 Festival of Media Arts and was screened at The 2021 Richmond International Film Festival. Thirsty Curses will independently release new music in 2021-2022, effectively kicking things off with their latest single, "Nothing Really Matters." Thirsty Curses' current line-up consists of rhythm guitarist, vocalist, and organ player Wilson Getchell, bassist Clayton Herring, drummer Evan Miller, and lead guitarist Alexander "Alex" Weir. Thirsty Curses' latest single, "Nothing Really Matters," is now available on digital streaming platforms. Their as-yet-to-be-titled forthcoming album will be released independently on March 4, 2022.