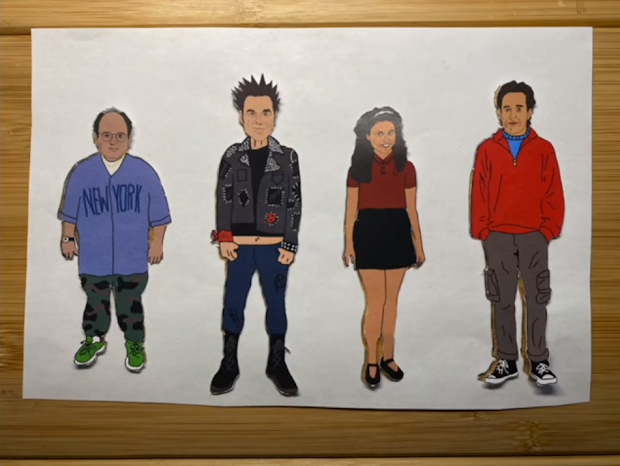 Last night while watching 90 Day Fiance with my lovely wife and surfing The Internet, I stumbled upon a post by The Lawrence Arms (@thelawrencearms) which read, "Damn you, Seinfeld, you useless pustule! "Dig this: BK is the voice of "Crustie" Kramer on the new, stop-motion animation Punk Rock Seinfeld. You can watch the first episode, The Pronoun, now on YouTube!" "BK" is, of course, The Lawrence Arms frontman Brendan Kelly, also, of Brendan Kelly & The Wandering Birds, Slapstick, The Broadways, and The Falcon fame. Kelly moonlights as both a label co-founder at Red Scare Industries and a writer for Punk/Hardcore satire news site, The Hard Times. Actually, Punk Rock Seinfeld is entirely run by The Hard Times Writers; it was created by Dan Luberto, Eric Navarro, and Kevin Tit. Luberto voices George, Tit voices Jerry, and Heather Cook voices Elaine.


Here's a brief synopsis of Episode 1, The Pronoun, posted by The Hard Times on Facebook: "Some members of The Hard Times Crew created something we think you might enjoy. Check it out: Help! Jerry doesn't know his partner's pronouns, Elaine's new boyfriend is an edgelord, George is thinking of becoming an incel, and "Crustie" Kramer is dumpster-diving again. Welcome to the stop-motion world of Punk Rock Seinfeld. Watch the first episode by clicking below and Follow along on Instagram @punkrockseinfeld." It doesn't say who animated this, specifically, but I would assume it's the same Hard Times Crew as mentioned above. Said stop-motion animation has a very similar feel to early South Park episodes, which were painstakingly hand-cut and animated by creators Trey Parker & Matt Stone. Punk Rock Seinfeld is definitely a unique viewing experience littered with allusions to Dead Kennedys, The Misfits/Michale Graves, Punk/Hardcore venue bathrooms, "the most rare Crass vinyl in existence," Fred Perry polos, Vaporwave, Glenn Danzig, and much, much more. Stay tuned to Instagram and YouTube for updates concerning future installments of Punk Rock Seinfeld. 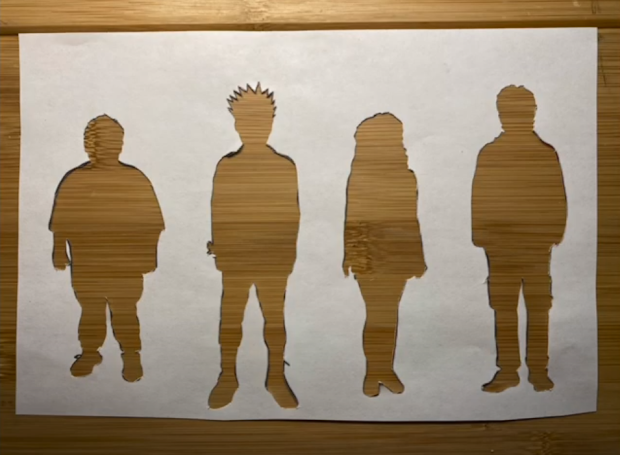 February 12, 2021
CREDIT: KARISSA KANESHIRO (@karissakaneshiro) Honestly, it doesn't even feel like there's a proper way to elegize an eccentric and extremely talented artist such as MF DOOM, who meant so much to so many of us for so many years for so many different reasons as truly unique as DOOM himself. So, what better way to pay tribute to The Man, The Myth, THE MASK himself than by speaking to those closest to him? With a heavy heart, I proudly present Shadows of Tomorrow; a new recurring column in tribute to DOOM in an effort to re-tell the tall tales, strange stories, and lesser-known tidbits of The Metal Face Villain himself. R.I.P. Daniel "MF DOOM" Dumile Thompson. "The difference between talent and genius. The significance of some artists' bodies of work cannot be measured or quantified by man-made instruments or hypotheses... it's like accurately guessing how many people on the planet see the same star in the night sky at the same time. If time wasnt the abs
Post a Comment
Read more