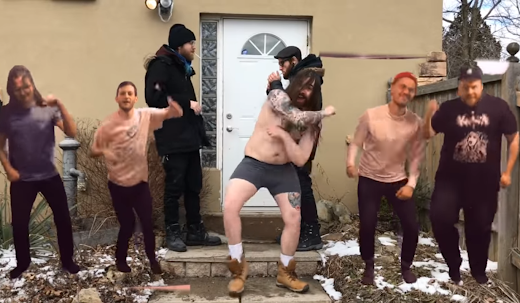 PUP are a Hardcore/Pop-Punk band hailing from Toronto, Canada consisting of frontman/guitarist Stefan Babcock, bassist Nestor Chumak, drummer Zack Mykula, and guitarist Steve Sladkowski. While their current name is an abbreviation for Pathetic Use of Potential, P.U.P.'s original band name was Topanga, an allusion to Danielle Fishel's iconic character, Topanga Lawrence-Matthews, from Boy Meets World. Since forming in 2010, PUP have released two full-length albums on Royal Mountain & SideOneDummy Records, as well as a slew of singles and EP's. In the years since 2016's The Dream Is Over, PUP have quietly been self-releasing their own fan 'zine fittingly entitled PUP, The Zine: Vol. 1 contained a comic book, as well as a flexi-disc 7-inch and a live version of "My Life Is Over & I Couldn't Be Happier," while Vol. 2 came with 3-D glasses and a mysterious then-unreleased track entitled "Kids." Soon after, PUP announced the sheer existence of their third full-length, phenomenally-titled Morbid Stuff, to be released on Rise Records/Little Dipper on April 5th.


"Prior to its release, we wanted to see if anyone would cover our song "Free At Last" without hearing it first. We posted the lyrics and a basic chord. The rest was up to interpretation," reads the intro to PUP's latest "Free At Last" music video. Amazingly, they received 253 fan-submitted covers of "Free At Last" ranging from Grindcore to ukulele-assisted and totaling a whopping 13 hours and 34 minutes all together. As an homage to all of their trusty fans, PUP have included minute-and-a-half montage of fan covers leading up to their official "Free At Last" music video; amongst the brave contributors, we catch quick glimpses of Stranger Things & Calpurnia's Finn Wolfhard, Skatune Network, and Charly Bliss' Eva Hendricks, who also, provides backing vocals on the studio version. PUP have conveniently uploaded a 255-song playlist to audiomack consisting of 817+ minutes of fan-submitted covers entitled PUP - FREE AT LAST COVERS. PUP's Morbid Stuff is currently available for pre-order in a number of formats from Rise Records & Little Dipper ahead of its Friday, April 5th wide release.


"The video for "Free At Last" started off as a very, very stupid concept. Before the song was released, we put out the lyrics and a basic chord chart and asked people to record their own versions without hearing the original first. It was a bit of a social experiment. We expected to receive 15 or 20 covers. We received 253. A lot of them were very... interesting... but, most of them were, actually, really good. We listened to every single one front-to-back (13 hours and 34 minutes) and by the end, our brains were puddles of sludge and we couldn't remember how our own version sounded.

We received Hip-Hop versions, Ska versions, Grindcore, EDM, Mariachi, Ukulele, Polka, and piano ballad versions. Incredibly enough, none of the 253 covers sounded like ours. And even more astounding, no two of the covers sounded the same either. The amount of creativity and love put into these things absolutely blew us away." 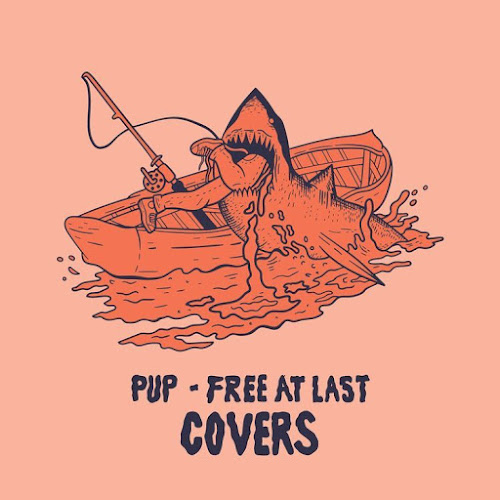