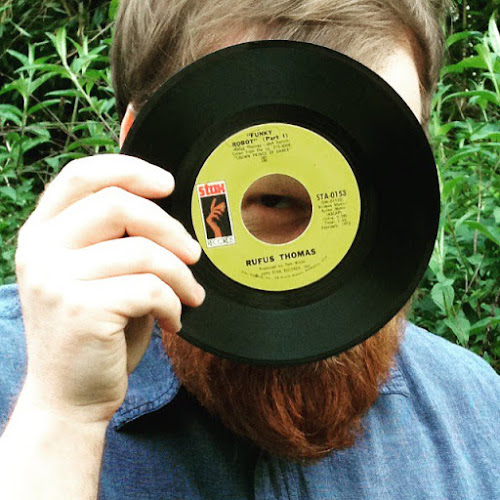 Just about a month ago, I got an email from my friend, producer buddy, and frequent collaborator John Bachman AKA Jumbled mysteriously labelled "2 things." Bachman was writing me about his upcoming Bmore Club-minded project, as well as an idea he said he had been "kicking around;" wherein he simply detailed he wanted to ask "producers to name 3-5 albums that influenced them/their style and talk a little about each album and maybe their [favorite] track." Needless to say, I was immediately interested and Jumbled and I collectively decided we would jointly run our producer playlist column (now, appropriately deemed "Beat-maker Bedrock") on both The Witzard and his Hatford & Reckord Tumblr. And without further ado, here's the inaugural Beat-maker Bedrock artist-penned column with brainchild and beat-maker himself, John "Jumbled" Bachman. Beat-makers and producers: if you're reading this and could like to partake in future volumes of Beat-maker Bedrock, please feel free to contact either myself or John Bachman and we'll do our absolute best to accommodate you! Also, stay tuned for additional details concerning Jumbled's upcoming Bmore Club EP, as well as separate releases with both dwell (of dwell & salk.) as Bully Preston and UllNevaNo. 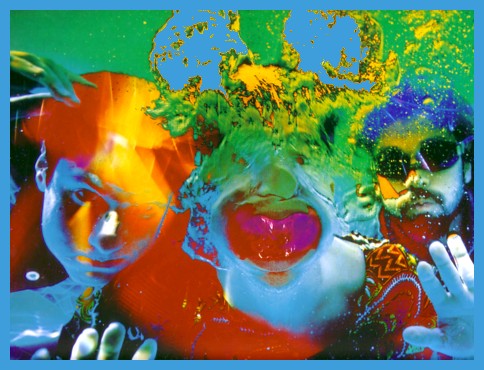 "Greetings—my name is Jumbled—beat-maker from Baltimore. This is the first column of "Beat-maker Bedrock," where producers/beat-makers name a few albums that inspired them on their path to making music."

"I think Licensed to Ill was the second tape I ever bought, but didn’t hear Paul's Boutique for many years later. I had gone to the beach with family right after I finished 11th grade and picked it up a music store. Every song is so dense—entirely produced by the legendary Dust Brothers. A completely different record than Licensed to Ill and the other albums that followed. This album (along with [De La Soul's] Three Feet High & Rising) seemed to signal the end of entirely sample-based production. (I mean, "Egg Man" ends with a Jaws and Psycho sample!) I just wish The Dust Brother had put out more during this era (and pre-Odelay). I think this influenced me by not altering the samples that much, so they are recognizable. Recommended reading: The Beastie Boys' Paul's Boutique (33 1/3) by Dan LeRoy." EDITOR'S NOTE: Additional Recommended Reading... if you've read and enjoyed Dan LeRoy's 33 1/3 Beasties book, I would strongly recommend you also check out its 2014 66 2/3 "sequel," For Whom The Cowbell Tolls: 25 Years of Paul's Boutique (Volume 2) again, by Dan LeRoy and Peter Relic.

"My friends introduced me to Wu-Tang [Clan] Summer of '96. I think it started with Gravediggaz [6 Feet Deep] and [Enter The Wu-Tang] 36 Chambers. Once I started hearing the solo albums, I started digging deeper. During college, there was a music store that sold used tapes and CD's, where I bought most of the solo albums, but had to sell most of them a few summers ago. Out of the all of the them, [Ghostface Killah's] Ironman is probably my favorite, but the samples on Liquid Swords are legendary; dark and brooding, movie samples that set the tone, and the album is lacking filler. This is the sound I strive for now."

"Height is a Baltimore emcee that has been creating his own path for years. After reading about him online, I’m pretty sure I bought this CD at True Vine [Record Shop]. All the songs are under three minutes. Most of the production is done by Shields, which uses a lot of samples, yet sounds futuristic, which makes the songs timeless. Other tracks produced by Mickey Free, Jones, and Ms. Paintbrush (of Grand Buffet) compliment and round out this album. I started to attempt making beats (loops) around this time and this album was in heavy rotation. Simple and complex, at the same time."


"Honorable Mentions: J Dilla – Donuts, Boogie Down Productions – By Any Means Necessary, Public Enemy – It Takes a Nation of Millions [to Hold Us Back,] Edan – Primitive Plus, and El-P – Fantastic Damage."