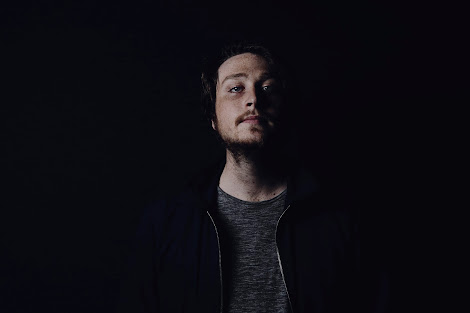 "Cut Love Pt. 1 is a conceptual bunch of songs, which should be taken on as a journey. This is not a pop record, so don't expect bangerzzz or much adhering to standard song structure. It's weird, but I like weird. I wanted to make something that was 100% me and the result is something I am really proud of. I recorded [Cut Love] Pt. 1 all at home in my studio and it's taken me a lot of time to get it finished, and I'm so excited to share it with you all. I have so many people to thank, but above all, this record wouldn't have been possible without all of your support and believing in what I create. So, thank you! I'll be posting some more on it tonight to give you a little more insight, but I really just wanted to let everyone know that I've put everything I have into this record, and to not go into listening to it with any expectations, and just let it translate to you as it does naturally. Some of you may love it, others may hate it, but all in all it doesn't matter because I'm proud as punch about having finally created my debut record!"

"First Listen – New Album from Australia's Bon Iver – Hayden Calnin Cut Love Pt. 1," read a rather intriguing email I received from James Barker at London-based PR company Mystic Sons earlier this week; a few days later, upon my first listen to Calnin's as-yet-unreleased 10-track Cut Love Pt. 1 effectively sent chills down my spine, akin to my first time hearing "Skinny Love." "Following two critically-acclaimed EP's and drawing comparisons to Bon Iver, M83, [and] Dawn Golden, as well as Beach House, Hayden... decided to spend the time refining and cultivating the vision and musical ingredients behind his long-awaited album, which he's finally completed," read part of Mystic Sons' press release. Cut Love Pt. 1, in addition to Pt. 2, which is expected to be released in May, was fully produced and recorded at Hayden Calnin's home studio in Melbourne, Australia. Calnin's earliest inspiration behind Cut Love Pt. 1 was fostered when he was "contacted by UK-based, award-winning contemporary dancer/choreographer Lukas McFarlane, who was in search of new musical material to choreograph and perform to;" the result of which, Mystic Sons befittingly describes as "an expedition through Hayden's free-flowing creativity, which takes listeners on an unexpected musical journey through his initial musings on falling out of and into love, relationships, and everything in between."


Although, Cut Love Pt. 1 isn't scheduled to be released until next Friday, March 4th, American TV viewers may have unknowingly heard a few of Hayden Calnin's compositions on Suits, Parenthood, Teen Wolf, or The 100, while European and Japanese movie-goers might have heard "For My Help" within the trailers for Oscar-nominated film, Room. It would appear as though Calnin's sprawling, nearly eight-minute single "Cut Love" can best be described as a Fall Creek Boys Choir-reminiscent pairing of singer-songwriter James Blake's glitchy Electronic-aided Alt. R&B/Soul and Bon Iver founder Justin Vernon's unique brand of sparse falsetto-laden Indie Folk. "Cut Love" is quite easily the masterwork of 26-year-old Hayden Calnin's burgeoning career, although Cut Love Pt. 1's 10 tracks are jam packed with a multitude of various styles, genres, recording techniques, and masterful vocal pitch trickery. I would strongly urge anyone even remotely interested in Bon Iver, James Blake, M83, Beach House, etc. to stay tuned to this space, as I can assure you Calnin has a lot more unrefined sonic greatness in store for the unsuspecting world. Cut Love Pt. 1, the first half of Hayden Calnin's two-part magnum opus of a "debut" album, is set to be released world-wide next Friday, March 4th with Cut Love Pt. 2 to follow this upcoming May.
Posted by Matt Horowitz at 8:43 PM