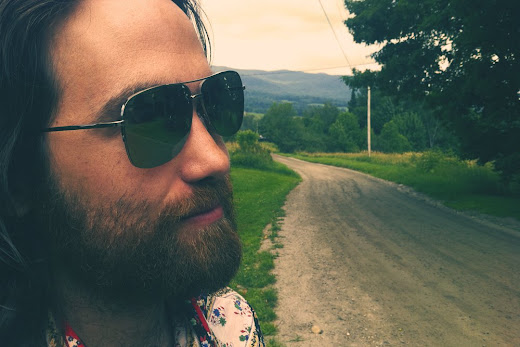 Justin Boland & Kyle Tierce were the co-founders of beloved and now-defunct Indie/Underground Hip-Hop label and collective, World Around Records. Thanks to Zilla Rocca, we ran a sort of label send-off/track-by-track breakdown for their final comp. before permanently closing up shop, 2017's We Are World Around, Vol. 6. Tierce frequently records and releases "dusty, sample-heavy beats inspired by the Psychedelic music of the late 1960's" as Dr. Quandary, according to Discogs. Aside from his solo output, Quandary recently released an album of fictional Italian "film scores" as MASSIMO E MASSIMO with Dakota Crane and produced the entirety of one-time label mate Louis Mackey's 2017 effort, AVGVSTVS. Boland, on the other hand, has recorded and released music under a revolving door of musical nom de plumes, over the years, including, but not limited to Thirtyseven, Humpasaur Jones, Hump Jones, FDR with Godforbid, and Wombaticus Rex with DJ Multiple Sex Partners. Together, Thirtyseven & Dr. Quandary function as Algorhythms and self-released a slew of albums, singles, EP's, and remixes between 2008-15.


Arguably, most notably, within Underground Hip-Hop/Rap Twitter circles, at least, was 2008's now out-of-print 9-track self-titled EP; although, it was re-released in 2014 as Algorhythms: Deluxe Edition with 3 B-sides and 1 previously unreleased original on 100 limited edition cassettes as The Turquoise Tape. Later that same year, Alogrhytms surprise-released their second full-length project, EELRIJUE EP to wide-spread critical and fan acclaim. In-between Algorhythms EP & EELRIJUE EP releases, Thirtyseven & Dr. Quandary slowly trickled out a de facto "collection" of remixes produced by their friends, collaborators, and World Around co-conspirators: Naturetone—later, half of Places&Spaces—s​.​maharba AKA THE LEGENDARY S.MAHARBA, Custom, Suplington, and Dr. Quandary himself. Algorhythms have remained largely silent since 2015 single, "Tulpas," until last night, when I was watching Avengers: Endgame with my grade school buddy... Thirtyseven & Dr. Quandary quietly released a 6-track collection entitled Lost Remixes. It consists of "REMIXES FROM THE VAULTS 2007-2009" featuring newly dusted off mixes from Louis Mackey, Gyver Hypman, Dr. Quandary, Dolom Zero, and Man Mantis. Lost Remixes is currently available on Bandcamp on a Name-Your-Price basis and, hopefully, we'll end up hearing more genre-eschewing material from Dr. Quandary & Thirtyseven together as Algorhythms before too long!


"I've had these cuts sitting on a hard drive for about a decade. Back when we put out our first project together as Algorhythms we had an impromptu remix "contest," which is how we met Naturetone, but we also reached out to our usual cast of co-conspirators with the acapellas. For reasons now-forgotten, most of them never saw the light of day, although, we did drop a couple as singles—my remix of "Blowing Numbers," Customs version of "Open Ended," and of course s.maharba's monster treatment of "Ram Nam Satya Hai."

Anyway, I was shuffling through my music and Louis Mackey's "Dreams of Lisbon" remix came on. I always loved that track, it's funky as Hell. Honestly, it's been like this every couple of years—I'd stumble into that folder again, listen to the cuts, be like "oh yeah these are extremely dope" and then forget about them again for another cycle. This time around I was like "hey, why not release these?" So I did. I don't have exact dates on any of them but I'm pretty sure most of them are from 2007, and none of them are more recent than 2009."