The Witzard Presents... "The Birds (Part 1)" - YouTube [still] video AND download link, compliments of The Weeknd @ XO til we overdose. Much like the previously-leaked Rock-tinged single ("Rolling Stone"), "The Birds" (Part 1)" has an overall mild, Rock-feel to it. Both tracks are seemingly set to be included on The Weeknd's next mixtape, Thursdays... The second installment of "Balloon Trilogy." Expect to see a Summer-time release, with Part 3, Echoes of Silence... to follow in Fall 2011. 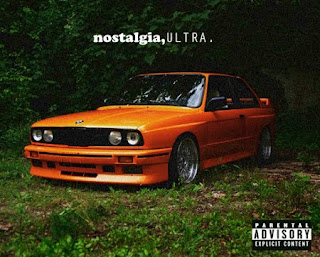 your name is "frank" now... it's a long story. your girlfriend is about to break up with you because of the long distance. it's ok. & that job you're working... well, you're gonna have to work there for another year and some months... & then you're gonna get fired. you're gonna work a couple more jobs after that too. nothing glamorous. kinkos/at&t, if you really want the specifics. but you're never gonna be homeless or starving. don't worry you won't fail and have to move back to new orleans either. you are gonna get your heartbroken though. twice. if it helps, the first one is gonna be worse than the second. contrary to how it feels, it won't kill you. in fact it's gonna help you write an album [Nostalgia, ULTRA]. yea, you finally finished an album. people like it, man! you're actually gonna write and record hundreds of songs. they won't all be good and most [people] won't think you're talented at first, but you're going to master your gifts. you're going to become a lot stronger and wiser... even a little taller. be patient. i mean, you kind of have no choice. and be good to people. i don't wanna spoil too much for you, but... you're on a plane right now to the east coast to work with kanye & jay-z. it's all working out, kid. you made it.