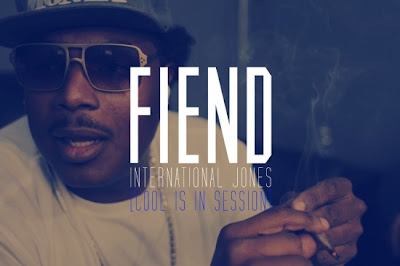 "Hi, readers of Stereogum! My name is Tom Breihan, and I'm the older of the two new guys around here. A few Internet Eons ago, I wrote the "Status Ain't Hood" blog for The Village Voice. For the past couple of years, I've been a staff writer @ Pitchfork. And yes, that means Brandon and I just acted out our own 80's body-switching comedy. He's Judge Reinhold. I'm Fred Savage.
A few things about me: I'm tall enough that complete strangers point and stare. I come from the beautiful town of Baltimore, Maryland; Perhaps you've enjoyed our byzantine crime dramas on television. I'm a dad. This past weekend, I moved from Chicago to Virginia, which was not fun. I like dogs and nachos and professional wrestling. I really, really like Rap music, so you can expect to see some more of that around here."


"For my first post, my new bosses here @ Stereogum have graciously allowed me to pick a new song to share. I've chosen one that brings together two things I enjoy: Sleepy-eyed [New Orleans] Stoner-Rap and [British] Second-Wave Ska. Back in the late 90's, Fiend was a raspy-voiced firebreather and one of the most animated figures on Master P's No Limit Records. But more recently, he's linked up with fellow No Limit veteran Curren$y and become a drawling elder-statesman type. On "Ghost Town," he raps over The Special [A.K.A.]'s spectral Ska classic of the same title."