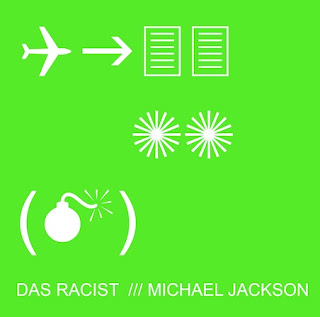 Nicki Minaj's English accent is pretty bad. This is the 2nd most anthemic song on an album of anthems. Subtle anthemic swag. Trumpets. Pianos. Beat is dripping 90's Rap. Songs from the "Runaway" video now can't escape its imagery - which I think is dope. 'bravery in bravado'. Headless horseman motif - here Kanye and oral sex, there convertibles and Pusha T. Celine Dion is ugly. "The plan was to drink until the pain over / But what's worse, the pain or the hangover" - the stuff 90's aol personal profile favorite quotes are made of. Themes: stunting, drinking, hope.

I haven't listened to a lot of CuDi in my life, recent album [Man on the Moon II] included, but dude's whole thing works on this song. Kanye's choice of lo-fi vocal aesthetic on such a big budget album is an interesting choice, though not surprising. He isn't just a Pop musician who moves units, he's someone who moves Pop music forward as an artform. Subject matter here is pretty serious at times. Kanye was the first dude to casually talk about serious racial dynamics over pop records made for a mass audience. (GOOD LOOKING OUT, DOG.) "What's a black beatle anyway? A fucking roach?" Middle-American teens: meet Raekwon. Cheesy guitars at the end FTW.

Serious "Jesus walks" vibez. Triumphant swag. Shoutout King Crimson. The guitar underbelly of this joint is dope. "My furs is Mongolian." Then there's the whole suicide outro aka vulnerable swag a la The-Dream on "Mr. Yeah." This song's about not being a role model.

Pretty strings on a Rap album's like Raekwon on a Pop album. Classiest Rap interlude ever.

Yes! Regal swag! These drums are nuts! DJ Toomp is Godbody! I see fireworks. "MJ gone..." - a community yearns for its lost mega-super Popstar but gains a new one. Talking about slapping, your girl on a record with Rhianna is weird but rappers don't care. Does she? Kanye's obsession with "lights" continues. This song's so good. Meeting your daughter at a Borders because of public visitation rights sounds real sad. Maybe he learned his lesson. Oh, whattup Bone Thugs-esque bridge. Even Fergie trying to sound like M.I.A. like that time GaGa did that for a Wale track is somewhat bearable in this context. These drums!

Rick Ross calling himself a "fat motherfucker" is always funny. Then wait for the 'pussy/sarcophagus' joint... YEAH! Jay talking about how other monsters acknowledge his inclusion in the club is so Illuminati. Hope he wasn't talkin' about Peedi Peedi [The Roots] "milling about, spilling feelings." These understated drums are boss. Nicki's cool 'Electro' style vocal effects feel like cheating. Then at the end, you're kinda like "Wait, I think Kanye's verse before the 'pussy/sarcophagus' joint might have been the best verse." Bon Iver [Justin Vernon] splits duty with Kanye on vocal effects that occasionally remind us about how much iller this record is than [808's & Heartbreak]. This record is about being cool.

Swizzy is ultra-income art-rap too. Amidst the chatter of stunting Yeezy sounds like he was lonely in a hotel room maybe one time too many this year. Re-dick-a-luss. Rap Business 101: These youngins need to stop burning their bridges and ruining relationships. 'Bobby Brown jaw' is the official medical name of that condition. Everyone knows God has a Zune, CyHi... I think I'm getting into jokes here because I'm a little bored towards the end. Maybe having 2 of the 3 best rappers in the game opening for 2 proteges wasn't a good move. RZA's insane voice is somewhat of a concession. This song is about nothing.

Actually produced by Bink!. Vintage Kanye production is still great. Feels so Kanye tho! "Dior Homme / not Dior Homie." Versace swagger: Miami/Italy: "The crib Scarface / couldn't be more Tony." Rick Ross, it turns out, did work with Kanye before the accident on "Doing My Job" which eventually ended up going to T.I. in 2001-02. Does Ross have the trap in Melbourne, Australia mailing him money? "making love to the Angel of Death" sounds complicated. Guitars are back.

This song as 'piano vs. MPC' sums up the whole regal boom-bap thing the album has going on. Beautiful. Dark. Kanye can sing without Auto-Tune = He just likes the way it sounds? I can identify with summing up my previous relationship failures with women to just being "Not too good at that shit." 'Say goodnight to the bad guy' vibez. Distortion undermines vulnerability.

A beat so beautiful the words almost tarnish it. Strings. This song doesn't sound like a broke lover's quarrel. As an artist myself, I'd surmise these vocal effects on Kanye's verse stand to undermine vulnerability again and make rapping about a very specific person and very specific events slightly easier to listen to. I forgot Chris Rock existed and is hella funny. "Yeezy re-upholstered my pussy." Shouts out Twista and The Source (magazine)? More Aphex Twin sampling in Hip-Hop please. Lushlife sent us a dope "Squarepusher" sampling track [that] we didn't have time to include on Sit Down, Man. This song is about a specific woman and love.

[Justin Vernon] must feel so ill right now. These drums, these drums. This song is about a woman who represents several dualities and thus is appealing for the sense of adventure that comes along with her. The endpiece is ill.

A politically vocal artist like Kanye couldn't leave the audience with such little chatter of race dynamics in America on arguably his masterpiece. Gil Scott-Heron is the dude. Ending with this changes the whole feel of the album. It makes it about a lot more under the surface. You got to close on a meaningful tip, thun.


This album is 9 mangoes on a scale of 10 mangoes. Along with Rick Ross [Teflon Don] and The-Dream's [Love King] output this year, this album represents the best of music in 2010. All music. As I've only listened to the album in its entirety a couple times, I can't figure out what order that top 3 would be in. Nonetheless, here are some swag bullet points: