Mayer Hawthorne Unearths Footage from "A Long Time" Ago (Detroit) 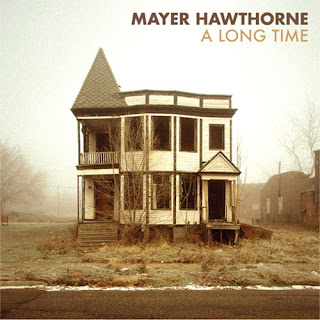 "[Mayer Hawthorne] showed me 2 songs and I didn't understand what I was listening to... I asked him if they were old songs that he did re-edits of – I couldn't believe they were new songs and that he played all the instruments."

"The New Dance Show"
"Mayer Hawthorne" (Haircut) was born one Andrew Mayer Cohen in Ann Arbor, MI, 1979. Not unlike constructing a Pornstar name, the miscellaneous parts of Hawthorne's stage name are in fact his middle and childhood street. Andrew was always an avid musician, Hip-Hop/Motown fan, and record collector growing up. After being introduced to labelhead Peanut Butter Wolf @ a chance meeting, which set up by a mutual friend [Noelle Scaggs],.. Hawthorne was quickly signed to Stones Throw in 2008. Amassing quite the discography with the DIY Hip-Hop imprint, Mayer Hawthorne & The County's * most note-worthy releases include A Strange Arrangement [long player] and "Just Ain't Gonna Work Out" [Heart-Shaped] 10" from 2008-09.
"A Long Time" is being toted as lead single from Hawthorne's follow-up: How Do You Do? Since his landmark debut, a string of 8 or so assorted non-album vinyl pressings were released - with Direct to Disc 2-LP issued as recently as June 1st. Even with such an ever-lasting bond, it seems as though Mayer Hawthorne/Stones Throw have parted ways... as the Doo-Wopper inked a deal with Universal Republic around May. Expect to see @MayerHawthorne & The County's How Do You Do? unveiled around Fall 2011 - which essentially means sometime between Black Friday [November] and Christmas.

"When the Night Falls" (Chromeo)

** The other day, a "little birdy" told me that Mr. Topher Mohr is no longer a part of The County; As he has "retired" to focus on his solo ventures. Untitled Album #2 is complete, awaiting mixing/mastering, and will be released in the near future. Stay tuned! In the meantime, catch Chromeo & Mayer Hawthorne on the "When Night Falls Tour:" running 9/14-11/2, Texas-Canada.
Posted by Matt Horowitz at 2:26 PM