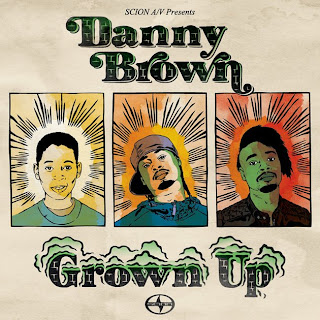 Danny Brown is most likely far from your average rapper; Granted he regularly brags about "drinking & smoking," but he's been somewhat weirdly well-received by Indie Rock blogs and endearing fans alike. Maybe it's Brown's affinity for non-Hip-Hop beats, stark realism, cutting-edge threads, outsider appearance... or that Trent Reznor-reminiscent side-swoop haircut. Whatever the reasoning behind it, ex-Pitchfork contributor Eavvon O'Neal felt compelled to shadow and film Danny Brown for a few days back in February. The final edit has been dubbed Detroit State of Mind, a mini-documentary which Brown himself simply describes as, "really like a movie/reality show pilot or some shit ... you laugh, u cry and someone dies at the end lol."


Overall, Eavvon O'Neal's filmed account is a candid 20-minute look into Danny Brown's everyday life. Un-charistically "normal" happenings include: hanging out with family, getting a FRESH haircut, recording tracks with Bruiser Brigade, heading to Dilla Day in the snow, backstage interviews, and Tweeting. A few of the more blunt moments reveal that Brown never intended to become a "famous rapper," still doesn't drive, and his initial reaction to hearing about Whitney Houston's death. Danny Brown's most recent full-length efforts, XXX and Black & Brown EP (2011) were great, but aside from a few randomly released tracks and features... we have yet to hear a proper follow-up. Word on the street is that Danny Brown has been [secretly] working with SKYWLKR, The Avalanches, Childish Gambino, and labelboss A-Trak.

Posted by Matt Horowitz at 3:51 PM