John Lewis Presents: Lily Allen - "Somewhere Only We Know" (The Bear & The Hare) 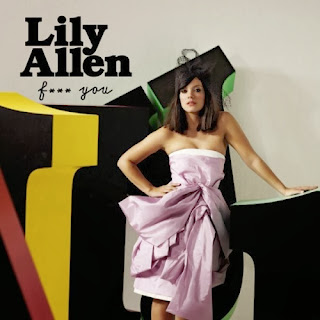 Quasi-retired British songstress and walking firecracker Lily Allen has finally made a triumphant return to music, in one of the least Punk Rock ways humanly possible; covering "Somewhere Only We Know" (Keane) for a super-early John Lewis Christmas web-ad. But somehow, it really works and Allen's airy vocals synch up well with the playful, old school-looking Bear & The Hare animation work. Since releasing her sophomore album, It's Not Me, It's You (2009), Lily Allen got herself a husband and 2 kids, stared acting a bit, launched a record label imprint, changed her name twice (Lily Rose Cooper), and recently appeared on Pink's latest single, "True Love." "Somewhere Only We Know" is a pretty drastic shift from Allen's former potty-mouthed brand of Reggae-infused Indie Pop, which could very well echo her forthcoming third album. According to NME, Lily Allen recently lamented that "it's not an earnest "I'm a mum" kind of record... It's the same old me with a it of swearing going on." The currently untitled album, which features songs "about babies and nappies" is supposedly "shaping up pretty well" and should be out by mid-2014. I really hope that Mark Ronson, Greg Kurstin, or whoever's producing it decides to recruit a few sharp-tongued rappers to re-create something along the lines of Allen's awesome collaboration with conscious rapper Common, "Drivin' Me Wild." But hopefully, less along the lines of that horrid cut-and-paste track with T-Pain & Wiz Khalfia (2011) ha.

Posted by Matt Horowitz at 9:32 AM