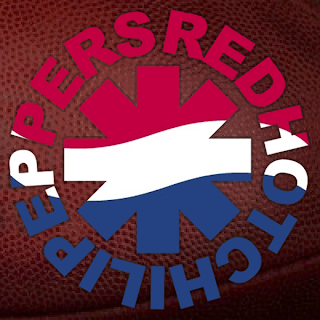 
Sonically, it really doesn't sound too dissimilar from the Chili Peppers' pre-By The Way output, but it's the increasingly nonsensical lyrics that eventually give it away (no pun intended). Nearly a week after "Abracadarbafornia"'s initial release and Jon Daly's big reveal, he gave an exclusive interview to Noisey where he said that the whole Chili Peppers parody originated from a celeb-party he once attended with Zach Galifianakis; "we started joking around. I was like, "Hey man, Flea texted me, he's stuck in traffic but he'll be here soon." He was like, "[Anthony] Kiedis said he's parking so we can hang out soon." By the end of the night, we were like, "Have you heard their new album, Bing Bong Burbank? It's gonna be great!" Every time I saw him for the next two months, we'd do this dumb bit to each other -- we'd talk about how the Chili Peppers were our friends and how all their California-isms and California style and stuff came from hanging out with me and Zach in California." For argument's sake, I've included last night's incredibly dated Bruno Mars-assisted rendition of "Give It Away" for comparison, which may very well have been unplugged.

Posted by Matt Horowitz at 3:51 PM