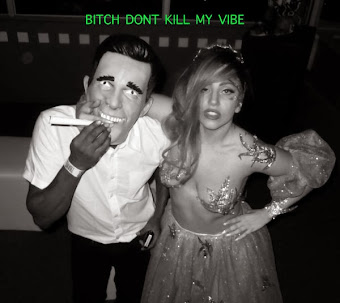 "You are the last Colbert Report musical guest. Honored to have you on, but keep in mind: Paul McCartney, R.E.M., Jack White, and Nas were your opening acts," Stephen Colbert cleverly quipped at Kendrick Lamar during their pre-performance interview on last night's show. Lamar premiered a brand new "Untitled" track reportedly produced by French beatsmith Astronote; its world-premier performance was delivered by a pick-up band consisting of bass virtuoso Thundercat, Terrace Martin on sax, and back-up vocals from Soulquarians affiliate Bilal and Sonnymoon sogstress Anna Wise. In stark contrast to Kendrick Lamar's previous Isley Brothers-indebted "i," "Untitled" is more of a sparse experimental, Jazz-leaning affair, which seems to be a multi-faceted narrative; "In Lamar's story, an Asian man tells him to worry about his health and not his career, an Indian man recommends he invest in real estate, the black man reveals "nookie is power" and the white man: "a peace of mind / that's what the white man wanted when I rhymed / Telling me that he selling me for $10.99 / if I go platinum for rapping, I'll do the company fine," Rolling Stone diligently assessed. Here's hoping the fully fleshed-out studio version of "Untitled" will feature the same talented cast of unlikely characters, which should likely appear on Kendrick Lamar's as-yet-unannounced third album. But judging by the widely-acclaimed combined success(es) of "i," "Untitled," and Lamar's eerily memorable recent SNL appearance, his good kid, m.A.A.d. city follow-up could very well materialize sooner than later... it's plausible he may even attempt to pull a "D'Angelo" and just suddenly drop it out of the blue!

Posted by Matt Horowitz at 8:17 PM