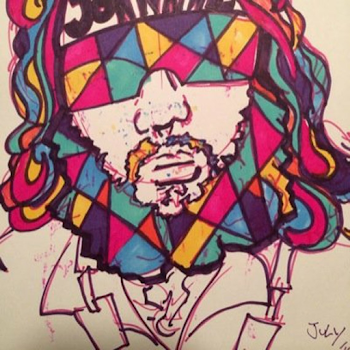 "It's been four months since Jonwayne graced our pages with "Good Samaritans." And if you ask me, it's been four months too long. Seemingly disappearing off the face of the Earth (see: he deleted his Twitter posts), fans were left in the dark when it came to the talented emcee's next move – if there was one to begin with," 2dopeboyz post-master Shake lamented in a recent piece published early Wednesday morning. Jonwayne has essentially emitted nothing but radio silence from his assorted social media feeds since around January 2014, following the abrupt end of his 8-part Wayniac Mondays freestyle series and his apparent separation from estranged long-time label, Stones Throw Records. However, @jonwayne abruptly re-surfaced from his self-imposed exile late Tuesday night into early Wednesday morning to compose and share the following, rather cryptic, ALL CAPS Tweet:


It would seem as though Jonwayne is either planning a comeback, sudden retirement, or fingers crossed... maybe just planning to retire the "Jonwayne" persona for a newly-updated rhyming pen name; while details are currently scarce, it would appear that his latest mysteriously titled EP, Jonwayne Is Retired, will see an April 28th release on Dad Vibe Productions or Authors/The Order Label; with a little tech-savvy Internet sleuthing, it would appear as though producer and recording engineer Daddy Kev, video director Ryan Hawkins, and seasoned actor, Haley Joel Osment of Sixth Sense and pseudo-Always Sunny fame are all involved with Jonwayne Is Retired EP in some way, shape, or form. Osment portrays a couple demented versions of Jonwayne as he convincingly raps along with "Minerals & Gems" while effortlessly floating underwater and within an unearthed dusty ol' mine-shaft, which somehow leads to an increasingly awkward shouting match between the two mouth-breathing/submerged split personalities of Haley Joel Osment portraying a (possibly) soon-to-be retired Jonwayne. According to its iTunes pre-order listing, Jonwayne Is Retired EP will consist of four previously unreleased tracks in addition to "Minerals & Gems:" "Beacon," "Dirty Dan," "30,000," and "Green Light" featuring Jonwayne's former Stones Throw label-mate, Anderson Paak.

"Let me begin by descending my hands into the essence
Feet are rooted in soil using Atlas as leverage
I've been here since bacteria was bubbling
The world was just puddles and
Land mass was snorkeling forever, so let us
Prey upon these rappers eating lettuce
You bitches never ill enough to cypher in my presence
Wearing this food chain upon my neck
Equator on my hips, hold the earth inside my breast-t-t-t..."

Posted by Matt Horowitz at 7:41 PM