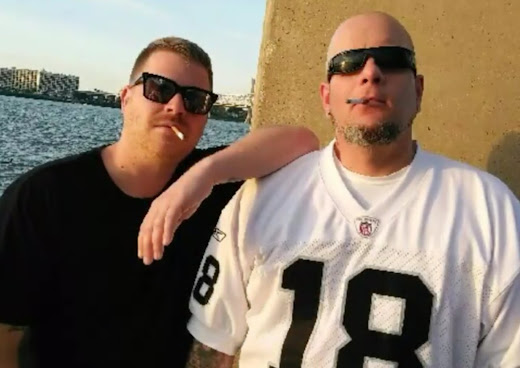 Mr. Dibbs is a world-renown DJ, turntablist, and producer hailing from Cincinnati, Ohio. Dibbs is the founder of ever-evolving DJ crew 1200 Hobos, is the co-founder of "America's Largest Hip-Hop Festival," Scribble Jam, and has had a career-long allegiance to Atmosphere's Slug & Ant, Sab The Artist & Siddiq's Rhymesayers Ent. For years, Mr. Dibbs served as the touring DJ for Atmosphere, El-P, Run The Jewels, and Eyedea. Dibbs' music has appeared on countless soundtracks and compilations, including, but not limited to Alien Workshop's Photosynthesis, Tony Hawk's Pro Skater 4, Tony Hawk's Underground (THUG,) and Peanut Butter Wolf's My Vinyl Weighs a Ton, as well as numerous Warped Tour comps. Over the course of his storied career, Mr. Dibbs has worked with the likes of The Black Keys, Buck 65, cLOUDDEAD, doseone & Jel (as Presage,) DJ Mayonnaise, El-P, Felt, Gym Class Heroes, MURS, Playdough, Sage Francis, Terror, Themselves, and WHY?/Odd Nosdam.

Surprise-released just yesterday afternoon—since referred to as "MOTHER F***ING NEW MUSIC DAY!"—Mr. Dibbs dropped a beautifully disjointed 10-minute Run The Jewels mega-mix entitled "Run The Dibbs," as well a new solo track called "Carrion" and "Isle" with his newly-formed group, A.P.S.O. (@apso513) with @e_makes_music AKA E. I recently reached out to Mr. Dibbs, via email, on a whim and he graciously provided an impromptu track-by-track breakdown of "Run The Dibbs," "Carrion," and "Isle" exclusively for The Witzard. "Run The Dibbs" is now streaming and available for FREE download at both Run The Jewels & Mr. Dibbs' sites, while "Carrion" and A.P.S.O.'s "Isle" are currently only available to purchase at MrDibbs.com. Regarding streaming links for the latter two tracks *, Mr. Dibbs candidly revealed: "streaming is coming, but due to some technical difficulties, like dying, it's taking a minute. Haha seriously!"

"It's not really a mix. It's a de/re-construction thing. I did one of these for The Black Keys a few years back. It was on Attack & Release (2008.) Basically, I take the artist's music and completely break it down to little, individual sounds and samples. I start sampling them through a circuit-bent sampler I made and then, glitching them after that. I'll come up with X amount of sounds for any given section, get a skeleton out of that, and then, fill [it] in with my own glitches/drums and circuit-bent toys I've made. So, basically, the studio ended up looking like the toy isle in a thrift store meets an electronics department. There isn't a defined process for what I'm doing. I just do it. As long as it doesn't sound like everyone else, I'm happy with that. At the end of the day, I still make music for my friends and myself. If other people dig it, that's a bonus."

"This is the first song off of my record I'm working on called Eigengrau. This one is the first song on that LP and sets the tone for the story being told. As far as the story goes... all the clues are/will be there, but I'm not going to spell anything out. The song itself is made up of mostly circuit-bent toys/keyboards/old drum machine and the like and the rest of the record will follow in that same vein."

"A.P.S.O. is the group name. @e_makes_music [E] and myself are the members. First song off of our project (no title yet.) We used The [Island] of Misfit Toys as the base of the song. We both do circuit-bending and when you're hunting for toys, that's how those toys kind of appear at the stores; discarded and unwanted. We take those toys and make them viable again. We breath new life into them. They grow up and become functional adult sound destruction tools. E is the person who guided/taught and gave me my base, when it comes to circuit-bending. So, anything A.P.S.O. is also, going to be geared at circuit-bending and it's musical applications. Basically, we're a production team. We're just making music 'cause it's fun to bend the toys and then, apply them in a real production situation. Plus... generally, people have no idea that these are toys making these sounds. There it is!"

"SIDE NOTE: my introduction to circuit-bending was by chance at the second Ultimate Beats & Breaks show that Egon & Count Bass D held. There was a group that played before it all started. One of those guys was from a band called sElf; they had a record called Gizmodgery (2000) that was made with nothing but kids toys. Many of them, circuit-bent. That was my initial interest in it. It just happened to come back to me 15 years later, when I was recovering from being in the hospital, etc. etc. etc." 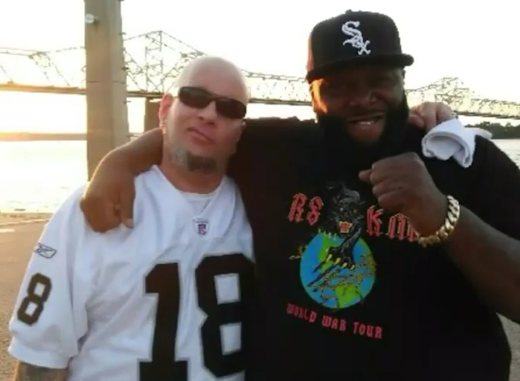 Posted by Matt Horowitz at 7:18 AM