I first heard about Petridish a few months ago, as extremely prolific Florida-based label Illuminated Paths re-released his Jan. 2018 collection, 358 as 358 VHS + CASSETTE + DIGITAL + DVD! which is now completely SOLD OUT. Not long after, I reached out to Petridisch, known on "the streets"as one Thor Maillet, and we lined up a track to be exclusively premiered/streamed at The Witzard; a piece highlighting "GLASS: Music In Contrary Motion (for Farfisa, Synth & Vocaloid)" composed by Philip Glass was run at The Witzard soon after to wide-spread acclaim. Since "GLASS: Music In Contrary Motion," Petridisch has issued a number of equally out-there Bandcamp releases including Variations On Die Dreigroschenoper By: Kurt Weill, "A Fixed Point (Tryptophan)" and GLASS: Another Look at Harmony Part IV. Now, Thor Maillet has announced he's starting his own small-batch rarities cassette label, Fish Prints, which will strive to continually release "curious sounds, past and present." Fish Prints' first two releases, Nelories' 1990 Demo EP and Cryostasium's The Possession EP (just announced yesterday!) are now available to purchase/pre-order with the latter release arriving Friday, July 6th. I'm proud to presents to you a comprehensive interview with Thor Maillet discussing all things Fish Prints. If any of this piques your interest, swim on over to Fish Prints' Bandcamp page and pick up copies of their current and upcoming small-batch, high-quality formatted releases.


I. What exactly is Fish Prints? What is the name intended to mean or convey?

"Fish Prints," as a phrase, is merely two words I put together in my head that I thought were kind of funny, like the idea of fish-printed pants. One day, I looked up the phrase "fish prints" for ideas for a funny logo for the label expecting to find some fish-printed pants, but I found out that actually, making art prints out of fish was a "thing." What an interesting concept, though. What happens, is you take an actual fish, dry it out, slop paint on it, and then, rub paper over it multiple times. So, with a fish print, you have multiple impressions on the same sheet of paper, each a bit different than the last. A sort of memory piece, which also, matches to me the words "Fish Prints" and also, perfectly describes the Nelories and Cryostasium EP's. They're both impressions of a thing—a smeared take on an object—but still, a gorgeous and ethereal end product.

II. What made you decide to start Fish Prints?

Honestly, it was the idea that I "could" run a label, coupled with just finding and growing into the original Nelories tape. I just wanted to start a label to reissue that cassette! I am working with Ilya Sitnikov over at I Heart Noise (IHN) pretty heavily on the label side of things, so after release number two with them I understood how it all got done. Once I had that information under my belt—with the blessing of IHN, of course, I'm still with them and will be—I decided it was time to reach out to Jun Kurihara, principal song-writer, singer, and accordion player for the band. A chance inquiry with Jun led to an exchange of emails. Once the OK was given, Fish Prints was born.

Nelories are a band that I've fawned over and shouted the praises of from mountaintops for about 14 years! They are from Nara, Japan and released three studio albums and a flurry of EP's within a few years in the 1990's. John Peel loved 'em and so did kindred spirits They Might Be Giants [Hello CD of The Month Club], who can claim the only US release of their material (up to now ha!) Their songs are just wild! The guitar and accordion interplay! Yowza! The lyrics, at first, you think are indecipherable, due to maybe, a strong accent, but no, I've seen lyric sheets and they are just "out there" word-wise. Musically, the songs start with a standard Pop progression, then, just take the strongest left turns, but it's all very fun and yet, of course, there's something there to bite into on every listen of their songs.

I learned of the demo, while sifting through their entry on Discogs, saw one for sale, saved up my pennies, and bought the thing! This was quite an item, visually: hand-dubbed Sony blank tapes with silver Sharpie squiggles! Construction paper insert! How cool!? Another thing that struck me, at first, was how fully-formed the songs were. I'd heard four of the six on their debut studio EP, Plasticky from 1991, but these versions had a unique charm that really got to me. Also, to learn that they were 15-16 years-old when all this was done is remarkable to me; the playing, arrangements, and lyrical ideas suggest more years. Two of the songs, the absolute catalog stand-out "Glass Chocolate" and the quite sweet "May," were never re-recorded and there's just fire in the "demo" versions of the other four that were. Also, the tape was originally distributed by Django Records in Nara, who I am quite pleased to say, is again, the exclusive brick-and-mortar stockist of this re-issue. I sold out of the first pressing in a day's time (WOW!!!!!!) so, a re-press has been done of 100 copies - still available... 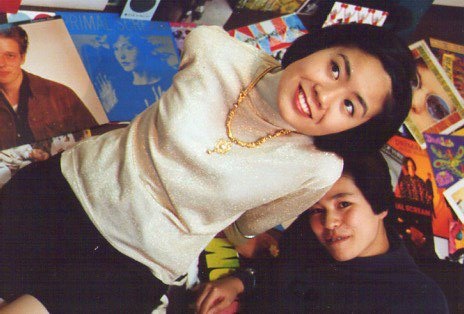 Cryostasium's The Possessor EP is a product of the artist saying to me that he was displeased with the sound of the material and that he wanted, for the first time, an independent mixer. I've been aware of his material since its inception in 2004, but I am also his twin brother! So, of course, I agreed to do it; I've always wanted people to "get" Cryostasium and an obstacle has seemed to be "his sound" (even though, I find little problem with it,) this new material was quite dead on (his best yet) and I found myself listening to it repeatedly. Once I'd mixed the album, he then, asked me to compose interludes for in-between song transitions, so I agreed to that! Now, instead of five separate entities, it can be taken in as one continuous thought, which was his goal was for it to tell a story. He's always had an inescapable "Black Metal" style, but he takes the form and twists it on its head so hard that it becomes a mere impression of Black Metal and his other loves—Shoegaze, Punk, D-beat, Goth, Psych-anything—start to shine through. He's also, a practitioner of Vocaloid as myself, though, he tends to stick to one "muse" and that is MEIKO. In fact, The Possessor is the final part of a trilogy that started with [2017's] Project:00 (プロジェクト00) and Starbound that is centered around Vocaloid/MEIKO. This one comes out July 6th, in an edition of 50 glow-in-the-dark tapes!!! 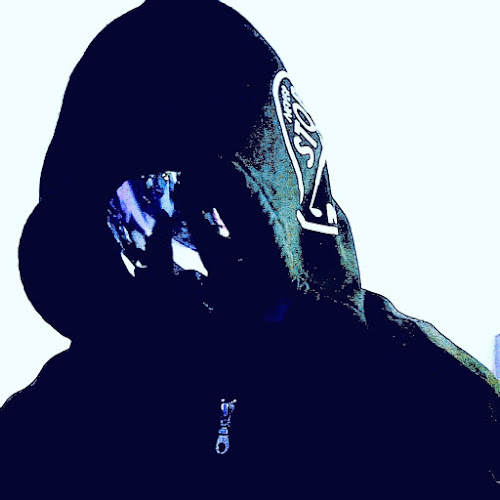 IV. Why did you pick Nelories & Cryostasium to be issued as Fish Prints' first two releases?

Easy! Both are memory pieces to me, though, wildly different, stylistically. And the Cryostasium album just happened to fall in my lap as plans for the Nelories [tape] were solidifying. And it so happens that Cryostasium is a HUGE fan of Nelories; he remembers sneaking off to mountaintops during Maryland Deathfest excursions to get in listens of Plasticky. Both releases are also, things that I believe in on a massive scale and I'd love to get this stuff out to audiences it may not otherwise get to. Nelories were almost exclusively "sold" as "Twee," Cryostasium as "Black Metal." Both are just necessary music to me and I hope others get something out of this polarity of RD 001 and 002. The similarities are there! Think dreamscapes!


V. How do you intend for each Fish Prints release's packaging to be unique and worth-while for fans who might already have the releases in their original format?

Well, I do want to say that [Fish Prints] is not strictly a re-issue label or I don't intend for it to be! However, for those re-issues (and anything else on FP) I do want special shelled-tapes, really nicely printed artwork that incorporates the original and some new ephemera, each release having a FLAC-accessible digital download card, and unique items (badges, stickers, etc.) for each release to be put in FREE with mail-order. If there are different pressings, I will completely change the color of the tape shell and also, make some distinction on the artwork itself with new bonuses. Badges [patches] are really great because then, people can carry the memories around with them!

VI. What do you have planned next for Fish Prints? Can we expect any collaborations with your music-making moniker Petridisch?

I have a few things that are being talked about right now that I can't confirm, as of yet, but they are going to be of similar striking musical and visual quality to what's been done, that's for sure! One project I'm particularly excited about is another demo. And regarding Petridisch: why not Petridisch on Fish Prints, right? RD 002 is a Petridisch collaborative effort, anyway, so, I guess, the ball's already started rolling...

Posted by Matt Horowitz at 8:30 AM