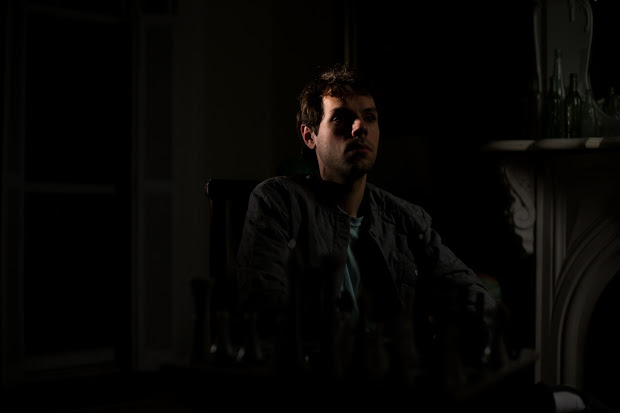 Child Actor is an Indie/Dream Pop duo consisting of Max Heath & Natalie Plaza. Child Actor was formed in 2012 by Heath and his cousin, Sedgie Ogilvy, whom released two EP's together, Partner & Window, that same year. Ogilvy parted ways with Child Actor by the end of 2012 and Natalie Plaza took her place within the group. Child Actor have since released three full-length albums, Victory (2012,) Never Die (2014,) A Perfect Cloud (2016,) as well as a number of EP's and singles. Child Actor's overall sound generally flirts with Indie/Dream Pop, amidst elements of Electronic, Rock, Experimental, and Contemporary R&B stylings. However, it appears as though Child Actor have been dipping their collective "toe" into Hip-Hop production work more recently.


I. How did you first get into Hip-Hop production work?

Child Actor: Almost immediately after [MADVILLAINY] came out, my cousin and I decided to form a Hip-Hop production duo barely knowing anything about how to make beats. We called ourselves Ghost Notes and, though, we were short-lived, ended up working with Of Mexican Descent and some other Project Blowed luminaries, as well as some of our favorite Stones Throw artists. That experience of being able to go from being a fan to, actually, working with artists I admire in such a brief period really made me feel like anything was possible.

II. Would you mind naming some of artists you've been fortunate enough to collaborate with in recent years?

CHLD ACTR: 2019 was a pretty important year. I hadn't made any Hip-Hop beats in years, but connecting with Serengeti & billy woods on consecutive tours (with ceschi) really re-ignited the inspiration. I did an EP with Geti and, of course, the woods beat I did on Terror Management led to me working with him further with Armand Hammer. Then, when he did the record with Moor Mother, they ended up using a bunch of my beats, which was a real honor for me. Navy Blue jumped on one of my tracks on there, that's crazy! At the moment, I've got a few projects in-the-works with E L U C I D, Fatboi Sharif, ceschi, and ShrapKnel, as well as a couple of exciting things I can't mention yet.

III. When making music how do you generally go about deciding if it will go towards your work with Natalie as Child Actor or another collaborative effort?

CHLD ACTR: Lately, I start everything I make the same way and, then, I might try to steer it one way or another once it starts to come together, if I get a certain feeling. Natalie [Plaza] is a major factor in the decision. I'll show her pretty much everything I make and around one out of every 15-20 tracks, she'll get fired up and do some recording. She's definitely "stolen" some beats that I thought were going to be Rap songs and done such an amazing job, I couldn't even shop them around.


IV. How did your latest album, RESPAWN, with Televangel (formerly of Blue Sky Black Death) initially come to fruition?

CHLD ACTR: We've been working together for a really long time now, so in a sense, it was kind of just a matter of time... but the inciting incident was when I stayed at his place after doing a show together. He showed me a track he had in-progress and I just wrote and recorded a hook to it on-the-spot. Then, when I got home, I fleshed it out some more and it became "Lovers Leap." After that, it was kind of a natural progression to making a whole album. At the same time, it was a difficult moment to be making an album, since Natalie had just been in a terrible bike accident and, often, wasn't feeling up to singing, so I had to handle much more of the singing than I normally ever would.

V. What did your general song-making process entail while creating RESPAWN?

CHLD ACTR: As I remember, Ian [Televangel] sent almost all of the beats in draft form almost at the same time. Natalie connected to what became "Blur It Away" and "See No Red" right away because she felt she could sing those in a quiet style that would still be expressive without straining her healing vocal cords. It's, actually, beautiful in retrospect that those bookend the album, as "See No Red" is really about the pain of the accident and recovery, while "Blur It Away" suggests healing or, at least, dreaming of healing. In general, we would write and record over each draft, then, Ian would refine the beats and send them back again, then, we would do one final pass on our end to flesh things out, and, then, he'd take one more pass on his end to make the finished product.

VI. What might you cite as some of your biggest sources of personal inspiration and influence while making RESPAWN?

CHLD ACTR: On my end, it was the most I've had to write for myself in many years, so it was a challenge to take the lead when I normally like to leave that up to Natalie. I was definitely listening to a lot of Hip-Hop, at the time, so I think that really inspired me to come up with new rhyme schemes and rhythmic approaches. In terms of subject matter, I think most of what I was writing is colored by Natalie's accident in some way.


VII. How would you say the album artwork, packaging, etc. ties into the overall themes running throughout RESPAWN?

CHLD ACTR: The album was completely done when we started looking for cover art. We knew we wanted a striking image and looked through thousands of options, before I stumbled upon the beautiful cover photo by Robyn Walsh. I wanted to use it right away just due to its immediate impact and aesthetic appeal. As I let the image sink in a little more, though, I realized how perfect it was—this is a figure that could be floating, ascending, falling. That's exactly where Natalie was in that moment. Plus, the photo's title is "Respawn," which I thought was a great way to help read the image, so I asked Robyn if we could use it for the title. Glad she said "yes!"

VIII. How did you guys initially go about joining forces with Fake Four, Inc. to give RESPAWN a proper release across multi-formats?

CHLD ACTR: I've been making music with ceschi since high school and he and Ian have a long-standing friendship and musical history together, so releasing on his label couldn't have been a more obvious choice. Anyone who knows ceschi knows that his immense artistic ability is only rivaled by his rock solid support for his friends.

IX. Let's just say, hypothetically, you were to help orchestrate a RESPAWN Remix album... who would you recruit as featured emcees, producers, musicians, etc.?

CHLD ACTR: We're, actually, talking about doing just that! And we don't even know yet. I'm going to go email Ian with some ideas after this...


X. Who are some of your favorite child actors and why for each?

CHLD ACTR: I deserve this question, I guess. I don't really have an opinion on child actors, in general, though, the genesis of the name was when I mused to myself that the kid who played H.W. in There Will Be Blood was a good child actor. Probably my favorite child actors are those that are so young they don't realize they're acting, so they bring a documentary[-like] quality to the film. Like dogs or horses.

XI. Now that RESPAWN has been unleashed unto the terribly unsuspecting world, what's planned next for Child Actor?

CHLD ACTR: We're working on our album. It's really different. For better or worse, I've never heard anything like it!

XII. It's a bit early to start compiling year-end lists, but would you mind sharing with us some of your favorite releases of 2021?