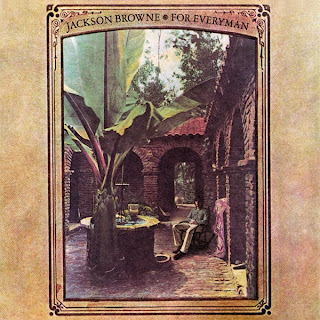 It seems as though veteran TDE emcee Ab-Soul has ripped a page right out of one-time "label-mate" Action Bronson's book of tricks, essentially rapping over an untouched Jackson Browne track, "These Days," once recorded by both Nico and Gregg Allman. While Browne's track shares it's title with Ab-Soul's recent third album, These Days... "W.W.S.D." is actually an apparent non-album left-over; "What Would Soul Do" doesn't really even sample Jackson Browne's original recording, Ab-Soul more or less manages to rap in-between or along with "These Days," which was included on Browne's second album, For Everyman (1973). "Yo, how the f*ck my new girl got me jealous of other girls / I think I live in another world," Ab-Soul ruthless raps as he fades in and out of Jackson Browne's subdued crooning, "And I had a lover / But it's so hard to risk another / These days," a clever back-and-forth which continues into about the 2-minute mark, as Ab-Soul effortlessly laces up two introspective, hard-hitting verses. "So many pills I should have slipped already / My lungs the same color as my lips already... Can't achieve success without failure, baby." I'll willingly admit, I was pretty quick to deem "W.W.S.D." "the most gangster thing Ab-Soul has ever done," which is currently available for FREE download online, while These Days... is available for purchase from your preferred local or Internet-based retailers.

Posted by Matt Horowitz at 9:50 PM