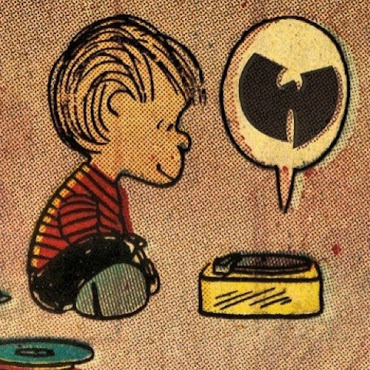 Let me just preface this week's slightly abridged edition of The Witzard's Week In Rap by first explaining that while I could be covering Kanye's "newly updated, remixed, and remastered version" of haphazardly-assembled steaming pile of s*it The Life of Pablo, I'm not even going to be giving his second of what could likely end up being umpteenth mixes, recently dubbed a "continuous process" by Def Jam, the sheer satisfaction of even buying into and covering it; however, with that said, his Sampha-assisted "Saint Pablo" (formerly titled "Closest Thing to Einstein") from his second of three rumored in-the-works albums, Turbo Grafx 16, is likely as strong, lyrically verbose, and dare I say, self-reflective as Kanye's sounded since Jay Z-helmed Watch The Throne or even 808's & Heartbreak. For what it's worth, a couple contenders for "honorable mentions" released sporadically throughout the week spanning Sunday, March 27-Saturday, April 2nd would likely be: Big Boi & Phantogram collectively known as Big Grams' "ALL CAPS"-evoking Run The Jewels-assisted "Born to Shine/Run for Your Life" and Freddie Gibbs & Madlib's ruthless The Life of Pablo beat-jacking and recently pressed on wax "COCAINE PARTIES IN LA," which is rooted in what could quite arguably be considered Pablo's strongest Kendrick Lamar-fronted track, "No More Parties In LA."

It would appear as though Royce 5'9", an active member of Slaughterhouse, Bad Meets Evil, and PRhyme, has a certain tendency for joining 2-4 man Run-DMC-esque groups. Now, it would likely appear as though he's formed yet another Hip-Hop group Black & Nickel alongside Roots emcee Black Thought; "Now, it's time to show these mother______s what's the fuss about. What you dealing with lyrically? A couple lyricists who don't miss. N****s as if Black & Nickel get together for an album, what you gon' get? You gon' get rap on steroids, rap on steroids..." Thought & Royce have previously rapped together on Statik Selektah's Action Bronson-assisted "The Imperial" and DJ Premier-produced "Wishin' II." Despite the fact that "Rap On Steroids" appears on Royce 5'9"'s recent Tabernacle: Trust The Shooter EP in its seemingly fleshed out 3-minute form, there's supposedly still an unreleased verse from his Bad Meets Evil partner in crime, Eminem. Royce is currently putting the finishing touches on his latest album, Layers, which is expected for an April 15th release and how attests that Black & Nickel's Eminem-featuring "Rap On Steroids" will be liberated ahead of the album.


For The Witzard's Rap Battle Round 2, we have two more Hip-Hop heavyweights from from an entirely different era: one-time bitter rivals and new-found friends Ice Cube & Common!!! It's been nearly 20 years since Common & Ice Cube's heated 1994-96 recorded rap beef, which transpired through Common's critically-acclaimed "I Used to Love H.E.R." Mack 10's Cube-featuring "Westside Slaughterhouse," and finally, culminating with Common's Pete Rock-produced verbal nail in the coffin, "The B*tch In Yoo." It almost goes without saying that Ice Cube and Common Sense are two world-renown actors and emcees from two entirely different ends of the spectrum; one's a West Coast-affiliated N.W.A. founding member who helped kick-start 1990's Gangsta Rap and the other, a Chicago-bred Soulquarian that single-handedly helped spearhead non-violent, thought-provoking "Conscious Rap." However, with that said, Common & Ice Cube have collectively decided to bury the hatchet, settle their differences, and collaborate for the first time on Barbershop: The Next Cut-housed "Real People," in which the both star alongside Anthony Anderson, Eve, Cedric The Entertainer, Regina Hall, and ferocious femcee Nicki Minaj.
Posted by Matt Horowitz at 8:51 AM