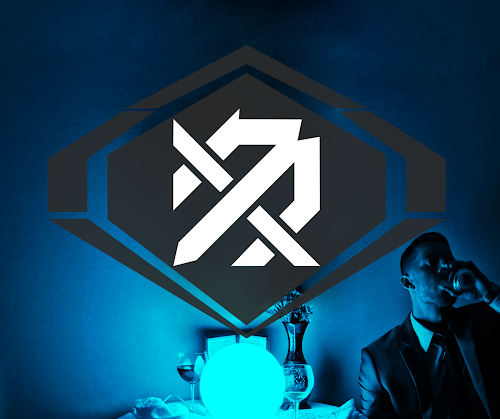 "I went to an event called Baltimore Beat Club that I played beats at and had an open mic cypher. I don't think Izaac lived in the city, but came to this Beat Club and to the next one—that I couldn't make. He produced his own stuff on GarageBand, but I sent him some beats that he liked. [He] sent me this one and I tweaked it a little. But since then, he's deleted his Soundcloud, Facebook, and Twitter. ACTUALLY, I tried to look him up again and he changed his Rap name to Mick Boche and relocated to San Diego," Baltimore rapper-producer Jumbled, who moonlights as high school engineering teacher Mr. John Bachman, revealed during our featured interview a few months ago. Since conducting that fateful Jumbled interview, I've successfully gotten in touch with the man, the myth, the legend, Mick Boche (formerly known as Izaac) and fellow Baltimore multi-instrumentalist and Folk-Pop artist, Jordan Parrish (Birds With Teeth). Boche relocated to San Diego, California during Spring 2016 and has set up a new studio with a friend and has successfully become a self-taught engineer and producer. Although he's currently 2,630 miles away from Baltimore, Mick Boche is still doing his best to meld his beloved hometown Bmore Club-infused brand of Hip-Hop with his new-found his West Coast surroundings and an unbeknownst Atmosphere influence. Mick Boche is currently busy putting the finishing touches on the proper follow-up to his debut Hopeless Romantic mixtape, State Dependent EP, which will be accompanied by an as-yet-unspecified music video and should likely see a commercial release within the next few months. It's also worth noting that Mick's days-old non-album Jazz Fusion instrumental, "City Nights" recently received extensive airplay on Maryland's WMUC-FM 88.1!

I. I first heard your music (as Izaac) on Baltimore area beatsmith Jumbled's [I wish it was longer] bonus track, "Worlds On Fire." What can you tell me about it's creation and recording process?

I got in touch with Jumbled after my first open mic in [Baltimore] (BeatClub) and probably my second open mic overall. He was a featured artist for the night, so it was cool to see his set, and I talked to him after the show and got his Soundcloud, found a beat I thought I could rap to, and asked him for it. I recorded it in my uncle's basement with my phone. At the time, I had probably been rapping for a few months and looking back, I can hear my inexperience. I had probably only written three or four songs before that, so it was very amateur, honestly was surprised that he asked me if he could use it. Sometimes though, when you find a beat that you really vibe with, you just have to write to it, even if it doesn't turn out to be your best work. Those are the little golden moments of creation. And I really am grateful for him putting me on the album, that kind of artistic support is why I have love for [Baltimore].


II. I'm curious: how and why did you ultimately decide to transition from Izaac to Mick Boche? John Bachman (Jumbled) mentioned that you seemingly disappeared after "Worlds On Fire" and then, soon re-appeared as Mick Boche... mysterious!!!

I switched so many names before I found one I really liked. I mean, you want to be original, concise, memorable, and meaningful. And honestly, at the time, I had no artistic direction or identity and I was really lost personally at the time, as well. When the release for my first album approached, I knew I had to pick something that I could keep forever. So, I traced my roots on ancestry.com and got a DNA test, found out I was mostly Irish, German, and French, so I used that as the basis for the name. "Mick" is (and was) a derogatory term used for the Irish and "Boche" is a derogatory term the French used for the Germans in WWI. I liked the idea of being true to my roots and self-deprecating at the same time, plus it was nice and simple and nobody on Twitter had taken the tag yet. Perfect!


III. What would you likely classify as some of your greatest influences on your most recent mixtape, Hopeless Romantic? I sense notes of Jurassic 5 emcee Chali 2na and Slug from Atmosphere myself.

For the [Hopeless Romantic] tape, it's kinda hard to say exactly what my influences were artist-wise. I have heard the Atmosphere comparison once before, but I honestly haven't heard any of their work. I didn't even start listening to Rap until I got to Maryland, before that I was a huge Metal and Classic Rock kid (see "Something to Prove"). Small towns, yeah? If I had to pick, J. Cole's story-telling ability, especially in Cole World, always made me want to be able to do the same (see "Sound of Violence"), Drake's Take Care and Nothing Was the Same spoke to me emotionally ("Hopeless Romantic 1+2" even used [Boi-1da's] "5AM In Toronto" beat for "Land of The Free"), and a group called Rhyme Asylum opened my eyes to the Horrorcore scene ("By the Book"). I've listened to and studied a lot more Hip-Hop and music in general now, so my newer stuff is easier to pin down, I think.


IV. What can you tell me about your forthcoming collaboration with Jordan Parrish of Birds With Teeth? When will that be released and where will it most likely end up?

I can't really say what the title will be, but it should be released as a single in a week or two, depending on what [Jordan Parrish] decides to do with it. I decided to work on it because it really brought me back to the "Hopeless Romantic 1+2" tracks emotionally and it's always nice to challenge yourself to write something new about a familiar subject.


V. What do you currently have in-the-works, Mick? I know you've recently mentioned an EP and a wide array of production for other artists, correct?

I have the Birds With Teeth single that should be out within the next month, and a couple other commissioned projects but it's too early to get into them. I also got picked up by an independent film company to do their soundtrack and audio engineering work, so that's keeping me pretty busy. You can check them out @forthewinseries on Instagram, if you want to ask me more on specifics. The EP I have coming out is a 7-track piece called State Dependent; it's all boarded out and written, but I've just been too busy with school full-time and the other projects to record, mix, and master it yet. I'll be sure to keep you posted as it develops!


VI. I know you and I previously spoke about it (amongst many other things) through Twitter DM, but can you speak briefly about the origin of each beat used on Hopeless Romantic and how you discovered said producers: Beatowski, Mr. Green, BluntedBeatz, DJ Khaled, Boi-1da, and finally, by yourself, Charles Sherman?

So, I was in the Spokane Airport in Washington state, March of 2015, waiting on a flight home to Maryland when I wrote ["Hopeless Romantic"]. It was about 10 pages of stream-of-consciousness notes about my on-and-off girl at the time, who I was about to see again. It wasn't until I got back home that I found the Beatowski track on YouTube, while I was looking for instrumentals to write to. I can honestly say it was the first real song I ever wrote, and it all came together because I just felt that Boom-Bap hit my soul like... damn! It fit perfectly with the whole concept for the track.

The Mr. Green beats ["Summer Love" & "Something to Prove"] were actually found by my mentor, Pop Culture. We were drinking one night and he finally let me write with him; so, the "Summer Love" track came together over the next few months. Much later on, towards the end of Fall, we finalized "Summer Love" and also sat down and wrote the "Something to Prove" track in a half-hour. He taught me that a beat you don't vibe with isn't worth wasting your time on and if you can't write something good in a half-hour, you probably don't have the right track.

The Bluntedbeatz track ["The Fourteenth"] was actually found in January 2016 by the guy I produced the mixtape with and he co-wrote the hook, as well. I took the overall concept to Pop [Culture] and he dropped a verse on it, probably in January.

The DJ Khaled beat ["They Don't Love You No More"] was sent to me by Pop Culture, as well—he was really tired of me being sh*t at rapping, but I annoyed him so much he would occasionally help me out. I wrote that track almost entirely based on the "Poison Penmanship" album-style by Rhyme Asylum. I also wanted to learn how to "chop" (speed-rap) and this seemed an aggressive enough track to experiment with writing in that style.


The Boi-1da track ["Land of The Free"] was by far my favorite track. I heard "5AM in Toronto" come on the radio one day in the Fall of 2015 and it just f**kin' moved me. I went home and downloaded the beat and literally that was the only thing I listened to for a month straight. Just on loop in the car, headphones, at home... that beat was in my soul! Then one day I just sat down and skipped class because I knew the song I had to write to it. I wrote that whole song in 45 minutes.

The "Hypocrite" beat I wrote (on GarageBand) because I was caught in very particular state of mind about some life experiences. I wrote it all at my girlfriends house and again... it came out so perfect the first time, I didn't change anything except when my co-producer [MCMJ Productions] added the news report and FX in post.

"Sound of Violence" was by far the most time-consuming beat I ever wrote. The violins were a cool sound I found on GarageBand and the drumbeat came pretty naturally afterwards. The lyrics I spent easily upwards of 100 hours writing and rewriting... dozens of pages of notes and sh*t. I wanted it to be a massive lyrical puzzle for anyone who felt like opening it up and it really is like a time capsule of my skill and ability as a writer, at the time. I finished it in July 2015, about four months after starting to rap.

I wrote ["Hopeless Romantic II"] over the course of two months and a bad break-up with the girl from ["Hopeless Romantic"]. Instrumentally, I re-wrote it so many times and even went so far as to delete the original beat because I was so frustrated and wanted to force myself to start over from scratch. I made it on my phone and added a filter afterwards. I wanted to have it lyrically and instrumentally mirror ["Hopeless Romantic"]'s beat, so I used the same instruments and similar patterns, but gave it a sadder vibe. Fidelity-wise, it's kinda sh*t, but it really conveyed exactly what I wanted it to and wrapped up the mixtape on a perfect note.