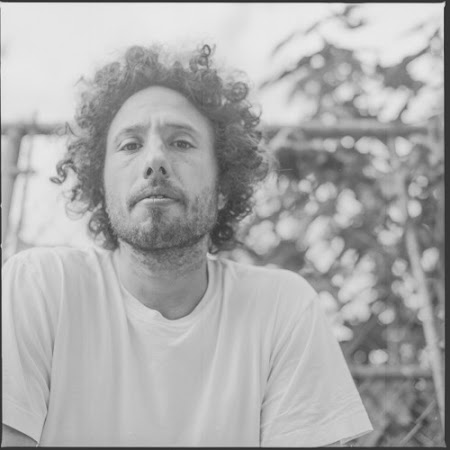 "Thank God I can finally say publicly HERE'S A ZACK DE LA ROCHA SONG I PRODUCED... and shout out to my friends @nickhook and [Matt Sweeney]. They are both playing on the jam, as well... the [Zack de la Rocha] the album is happening. 2017... and that's all the info I'm authorized to give out... and yes, this is new material made this year and yes, there is more where that came from," @therealelp revealed on Twitter early Thursday morning, concerning one-time(?) Rage Against The Machine frontman Zack de la Rocha's first solo single in over a decade. "Been keeping my mouth shut about my work with Zack since January when we did it. It hurt. Now, I'll commence keeping my mouth shut about the rest," an exuberant El-P gushingly continued. Aside from his short-lived 2008-11 group formed with The Mars Volta drummer Jon Theodore and The Locust keyboardist and organ player Joey Karam, which produced a single 5-track One Day As a Lion EP, de la Rocha has released a whopping two tracks—DJ Shadow-produced "March of Death" (2003) and Trent Reznor-produced "We Want It All" (2004) over the past 16 years. He's appeared on a wide array of featured guest spots ranging from Blackalicious to Dan The Automator's Deltron 3030 and has most recently appeared on Run The Jewels' "Close Your Eyes (and Count to F**k)." However, following Rage Against The Machine's 2000 disbandment, Zack de la Rocha has been consistently working on a long-delayed solo album with the likes of The Roots' ?uestlove & James Poyser, DJ Shadow, El-P, DJ Muggs, Dan The Automator, Roni Size, DJ Premier, and Reznor on a rumored 20-track album, which has been recorded and indefinitely scrapped over the years.


"We got together for a number of sessions in New Orleans just working on some material that, personally, I thought turned out excellent... over time, I think it was a matter of Zack not knowing what direction to go. I know the feeling of fear. He's in a difficult position of leaving one of the best bands of the 90's and he wants to make an important statement when he makes it. And he will when he gets around to making it," Trent Reznor said within a 2005 interview to promote Nine Inch Nails' then new album, With Teeth. Not entirely unlike Rage Against The Machine's seminal self-titled 1992 debut, "digging for windows" showcases a thought-provoking black-and-white single cover image designed by Manuel Álvarez Bravo, "Fireworks for The Infant Jesus" (Castillo en el barrio del Niño). "F**k that bright sh*t / the spot or the flashlights / we in LA ducking both / in the shadows with lead pipes / the days are all night... my future snapped like a rubber band / off my fold on a hand to hand / he drew from his waist / I put two in his roof / and I can still / hear his screams / all night," Zack de la Rocha poetically waxes over El-P's sparse Run The Jewels-reminiscent self-destructive Industrial-Rock beat. It's currently unclear whether de la Rocha has successfully reunited with ?uestlove, DJ Shadow, Trent Reznor, DJ Premier, and company from his ill-fated 2000-08 sessions; although, El-P seemingly attests that "digging for windows" and a number of as-yet-unreleased tracks were recorded as recently as January 2016 for an apparent early 2017 release. Zack de la Rocha's pummeling, politically-charged El-P-produced comeback single, "digging for windows," is currently available for streaming on his newly-launched YouTube channel, Apple Music, Google Play, etc. or FREE no-strings-attached download from either Soundcloud or BitTorrent Now.
Posted by Matt Horowitz at 7:08 AM