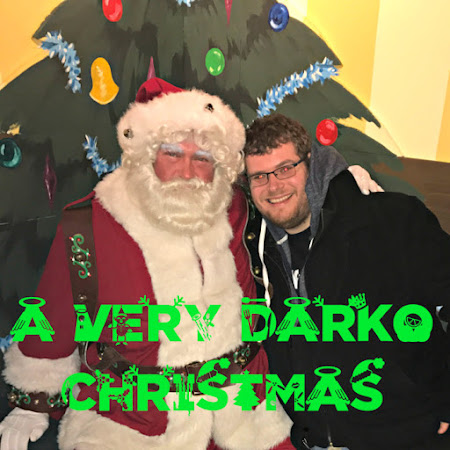 "I chose my favorites and most important songs. Made sure I added most of the ones I do at shows. I made the [2016] mix because I believe strongly in what I do, and know most of the people I send these albums out to, don't listen. I wanted to recap my year of releases, to prove to whoever listens and to myself, how hard I work," @DarkoTheSuper detailed within a recent statement sent to The Witzard. Like the title "2016 Sucked, But Darko Released 10 Albums & That's Pretty Cool" suggests, Darko The Super did in fact, manage to release a whopping 10 albums over the course of the past 12 months: starting with February 2016's CREEPAZOID!, The Hell Hole Store with fellow rapper-producer ialive, Stomachaches & Heartbreaks, All These Fingers-produced Carve a Happy Face On My Tombstone, We all pay for life with death, so everything in between should be free, Take Me to Your Computer, Your Mouth Is Bigger Than Your Entire Brain, a collection of Beercan beats under his Doc Heller production alias, The Witzard-premiered Put Down The Candy & Let The Little Boy Go!, and most recently, Take Me to Your Computer (Instrumentals). While Put Down The Candy... was included within The Witzard's recently-published Best Albums, EP's & Mixtapes of 2016 list(s), Darko still decided to take it upon himself to compile his own year-end mix of sorts, tediously distilling his 10 U DONT DESERVE THIS BEAUTIFUL ART/Already Dead Tapes-released 2016 releases into one comprehensive 1.5 hour-long sampler.


"People tell me it can be a daunting task to listen to all the albums I released [in 2016], so I helped you pansies out and made a mix of my favorite songs I put out this year. I even hosted it in my knock-off Fatman Scoop voice. I put a lot into what I create, so I hope you can take something out of it. ialive, All These Fingers, Already Dead Tapes, Gloam, Mr. Pope, and everyone else who contributed musically to my 2016, you are appreciated. Happy New Year!" Darko The Super tells me he's currently preparing a number of forthcoming releases including, but not limited to an ialive-produced Hell Hole Store follow-up and his Rock sample-based Apocalyptic B*stard project, which already spawned All These Fingers-produced single, "The Day I Beat Yao Ming," as well as politically-charged anthem, "Donald Trump S**ks C**ks In Hell."

Posted by Matt Horowitz at 9:39 AM