Philly Rapper-producer Lushlife Assembles a Collection of Musicians, Activists & Academics for Anti-Trump Mixtape, MY IDOLS ARE DEAD + MY ENEMIES ARE IN POWER (The Witzard Interview) 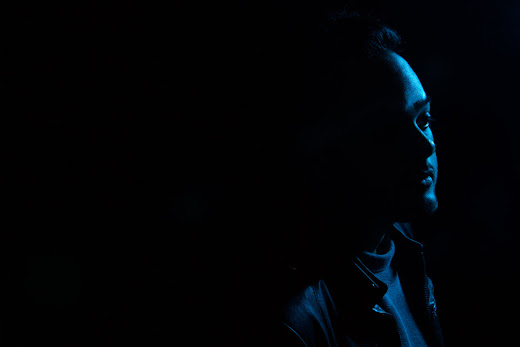 "Idols + Enemies is a raised fist in the face of a president that openly threatens our most basic constitutional freedoms; to that end, all proceeds from downloads of this project will benefit the ACLU. They’ve had our backs, defending civil rights for nearly 100 years. As the Trump transition team seizes power, the American Civil Liberties Union (ACLU) will be a strong ally in preventing the President Elect's unlawful and unconstitutional campaign promises from becoming a reality.

November’s dystopian Presidential Election sent all of us looking for answers. MY IDOLS ARE DEAD + MY ENEMIES ARE IN POWER brings together artists, activists, and academics to explore how we got here and what to do next. We stand with poor folks, Muslims, people of color, the LGBTQ community, and all Americans against any attack on our civil rights."


I. What was your initial motivation behind assembling MY IDOLS ARE DEAD + MY ENEMIES ARE IN POWER (Idols + Enemies)? What do you hope to achieve by releasing it out into the world?

The whole idea for an "inter-disciplinary mixtape" came out of the stress and confusion I was seeing on social media and in my community, in the wake of last year's Presidential Election. Honestly, I felt like I needed to do something to work out my own feelings about how we got where we are, but also, I wanted to provide some kind of platform for a diverse group of voices to do so, too. Now that it's out in the world, we're really stoked that it's raising funds for the American Civil Liberties Union (ACLU), an organization that's gonna be Hella important, as the new administration signs executive order, after executive order aimed at curtailing our civil rights. Beyond that, I want Idols + Enemies to be a living, breathing project and it's great to see users heading to the site, checking out the resources, and annotating/discussing the lyrics on our Genius-powered "LYRICS" page.


II. How did you go about selecting and ultimately, recruiting the artists, activists, and academics involved in IDOLS + ENEMIES' creation?

Well, getting an entire album-length project together was no small feat, given the 10-week timeline. Basically, my homie Brendan Lee ([who] acted as co-executive producer) and I wanted to cast a diverse net of folks to include on the project. Generally, I think we honed in on notable people, whose existing books, music, lectures, etc. had inspired us and we thought would be relevant to the conversation.


III. I understand that 100% of the mixtape's proceeds will be donated to ACLU research, but what sorts of information, media, resources, etc. are available in your newly-established IdolsandEnemies.com?

The IdolsandEnemies.com website is going to be continually updated with relevant information and resources to help folks process and react in meaningful ways to our current situation. As a baseline, we wanted to offer a good starting point in terms of books, documentaries, and organizations that are proactively working to counteract the policies of the Trump Administration. In the future, we'll be building on this and users can submit ideas using the submission form at the top of the "FIGHT BACK" section.


IV. How did you go about placing the involved artists and activists such as Victor "Kool A.D." Vazquez, Jewel-runner Killer Mike, Sad13 (Sadie Dupuis), Jedediah Purdy, and Sut Jhally on their corresponding tracks... or did you more so let them choose where they preferred to contribute?

Some of it was hyper-curated—with certain contributors, I knew exactly where I wanted to place them in the context of the mixtape. In other situations, people sent us stuff with no prompt that just magically fit into the context of the record. With Iranian-American author, Porochista Khakpour, for example—we didn't tell her much about the project and she sent us a recording where she described seeing an Iranian protester in LA set himself on fire in the early 1980's and it just so happened that Billy Woods and I were working on a track where we talked about the Iranian Revolution and the kind of birth of suicide bombing in the region around that time. There were a lot of magic moments like that where the puzzle pieces just came together.


V. You mentioned within a recent Facebook post that "MY IDOLS ARE DEAD + MY ENEMIES ARE IN POWER's [...] proceeds [will] go to ACLU Nationwide in the face of an incoming administration that threatens our basic civil rights;" what do you think American citizens' best course of action will be onward?

I'm glad to really see it happening with all of the protests and marches. I think ultimately, we have to be unrelenting. There can't just be a big action followed by us going back to our lives and venting on Twitter or whatever. In the face of a narcissistic baby piece of sh*t like [President] Trump, we have to be vigilant and persistent in our discontent in the months and years to come. 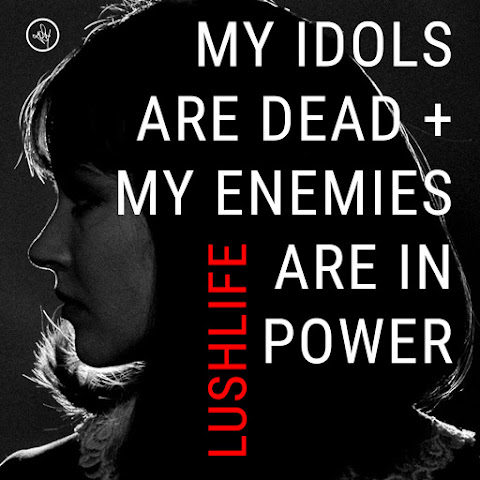