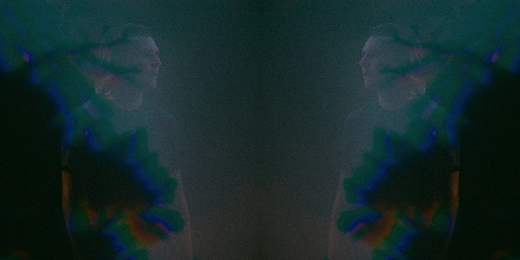 "Anthony Friedlander, frontman of New Jersey-based Indie/Alternative/Prog-Rock band 4:44, gets it and really seized the day on July 9th when on a whim, around 3AM, he uploaded 4-track JAY-Z EP to their Bandcamp page. Friedlander and his 4:44 bandmates—bassist Greg, Mele Jr. and drummer Zach Gormley—readily admit that "THIS IS A SHAMELESS MARKETING TECHNIQUE," as JAY-Z's latest album was seemingly "named after" their band; just imagine a stylistic mix between alt-j, Indie Rock innovators Radiohead, and the frantic, frenzied vocal delivery of Modest Mouse frontman Isaac Brock," reads part of a 4:44-centric piece I published this past August. Since releasing their critically-acclaimed JAY-Z EP back in July, 4:44 frontman Anthony Friedlander (@anthokneefree) and I have, personally, had amany late night conversations about the future of the band, his solo music, and their wonderful—still largely unrecognized by The Needle Drop—"SHAMELESS MARKETING TECHNIQUE" of a re-packaged EP.

Let me just try to clarify that at the time of sending Anthony these questions, he had only released his ICE EP 1/4 on Bandcamp and now, all four parts of parallelement, AKA FOG (ICE + FIRE) & RGB (WIND + WATER,) which were, at one time, tentatively being referred to as disillusion (ICE), desire (FIRE), nature (WIND), and clarity (WATER.) Now, without further ado, I'm proud to present to you: The Witzard's concise, yet thorough, interview with 4:44 frontman and solo artist Anthony "Free" Friedlander; please, feel free to cue up a few jams from either 4:44's JAY-Z EP, CARDINAL, GREENWAVE, Child of God or @anthokneefree's FOG (FIRE + ICE) and RGB (WIND + WATER), collectively known as parallelement. Anthony Friedlander's 4-part magnum opus, parallelement, is now available to steam, downlaod, or purchase on both Bandcamp & Apple Music and will soon become available from additional digital retailers, as well.

111. Your Anthony Free Bandcamp page banner seemingly alludes to Parts 2-4 of your parallelment series: FIRE (SUMMER,) WIND (FALL,) and WATER (SPRING.) What else can you potentially tell me about these EP's and when might they be unleashed to the masses?

These EP's deal with disillusion (ICE), desire (FIRE), nature (WIND), and clarity (WATER) [Editor's Note: now, effectively re-titled FOG (ICE + FIRE) and RGB (WIND + WATER)]. They can be looked at as seasons and elements. There’s definitely a lot going on during the EP's and the genres tend to fluctuate between super-abnormal and completely normal. This is all done on purpose. If the music or lyrical content makes you feel uncomfortable, but then, the hook is addicting or catchy, then, that is exactly how it's supposed to make you feel and how things usually feel in reality. I didn’t go into the project with this purpose in mind. I had no idea that some slightly humorous and twisted songs would have a place on this album, but they fit perfectly next to the more "socially acceptable" songs; I'm not saying the songs are dishonest because they are very honest. The twisted portrait that is sometimes painted is because it's what the song topic called for. I found a lot out about myself through closely observing situations, trials, and tribulations that people around me went through. As you know, the self-inevitably leaks into the art but, that's necessary to make any story work.

* PS: the names of the EP's could change, when the entire album is complete. I’m hoping to have them out by October because I have so much more music to record! *

222. I noticed you recently released a solo EP entitled ICE, which says it's 1/4. How do these four EP's fit together and what exactly sets these compositions apart from your material with 4:44?

I play and mix all of the instruments on my solo albums; whereas with 4:44, the band plays and writes the songs. I have written six records-worth of songs (20 songs each) over the past two years, but they didn’t make sense for 4:44 to play them, as they were either too personal, too not personal, or [too] goofy. The band's music feels like its something bigger than me. The solo stuff is very much my story and other people's stories, as well. The band's music is Experimental, but I definitely want to be able to play most of it live and at our core, we are a "Rock band," so the live show is super-important. We want that music to explode and wake people up. The solo stuff is harder to pin down, when choosing production, since I do it all myself and the possibilities are endless (and I’m not a drummer or bass player.) Both the band and the solo music's aim is to transcend the flesh. If you don’t like the band, you might like the solo music and if you don’t like the solo music, you’ll probably like the band.


333. Your Bandcamp page says you single-handedly recorded "Everything" on your recent ICE EP including VOX, GUITAR, BASS, DRUMS, "FUNNY SOUNDS," RECORDING, MIXING, ETC. Which instrument(s) do you generally start out with when recording your solo material?

That’s a great question because I am a huge (Sandy) Alex G fan, who plays and records all of his music himself. I’ve definitely searched up, if he records with drums or guitars first and it turns out that he usually starts with guitars. I started this album by doing the drums first and then, quantizing them, so they’re in perfect time (once again, I’m not a drummer.) The next album, I am definitely going to try doing guitar and bass first, before drums. I decided to record all of my music because I have so many songs written and they’re kind of just hanging out in my Voice Memos. For this album, I had the songs all pretty much written on piano/acoustic guitar, before recording. I believe that after I get this album out, I’m going to be releasing 5-song solo EP’s every month, so that after every four months, there will be a new record.

444. 4:44 recently made headlines when you surprise released a self-described "SHAMELESS MARKETING TECHNIQUE" of an EP entitled JAY-Z and sold on Bandcamp for $444. Are you guys genuine JAY-Z fans and what were your intentions with issuing this HOV-referencing EP?

I released the EP as a complete bad joke at 3AM. I did not plan on anyone actually seeing it. I am a JAY-Z fan. The intention was definitely for somebody to accidentally stumble upon our music and listen to it.


555. JAY-Z EP actually consists of thinly-veiled songs pulled from 4:44's various studio albums: CARDINAL, GREENWAVE, and Child of God. What sort of new reactions have you received towards these albums, since unveiling JAY-Z EP?

Since JAY-Z is a Hip-Hop artist, I put the song "Derf" [from GREENWAVE] on the EP because the beat definitely has a slight Hip-Hop influence. I noticed a few posts online, where people enjoyed that song a lot, which was really cool. A couple of people reached out to let us know the music moved them and that was surreal.

6*6. What might you and your fellow 4:44 bandmates cite as some of your greatest sources of inspiration and ifluence while recording your latest album, CARDINAL?

I'm a CD junkie, so pin-pointing influences is impossible because I listen to so much music and so does the band. Sonically, we get our sound from simply being open to all genres. We’re always so excited to explore sounds and atmosphere that we don’t bother to get caught up in worrying about fitting into a niche. Zach [Gormley] and Greg [Mele, Jr.] are theory masters that are fearless, when it comes to their instruments. They play whatever the song calls for and they embellish it with their lifeblood. GREENWAVE is the first album that the band tried to write. Child of God was written during the writing of GREENWAVE. CARDINAL was written during the writing of GREENWAVE. Our next two unreleased albums were written during the writing of GREENWAVE. At first, I couldn’t believe how big of an album this was going to be. There were definitely songs that have been discarded, but a lot of this music, we couldn’t pass up on. I started noticing patterns, in the song topics and sonics. CARDINAL literally just appeared. It's the beginning of the "Year of Mercy" with the sign of the "Blood Red Moon." CARDINAL is Winter.