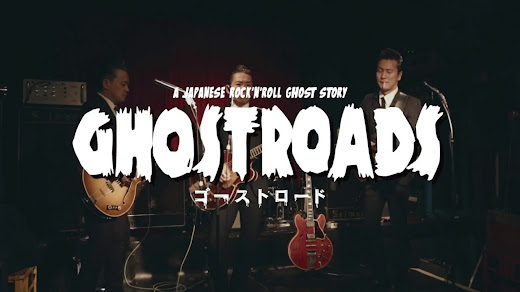 "Get ready for some groovy rockin' and rollin' with large doses of spooky intrigue, steamy jealousy, ribald rivalry, back-stabbing betrayal, the perfect black leather jacket, sultry groupies, a strummin' specter, and even a miniature stripper, as lead guitarist of the Japanese Rock group, The Screamin' Telstars meets his doom in the form of a smokin' vintage amplifier. After crossing the Ghostroad, Tony discovers there is nowhere else to turn—and if you don't give The Devil his due, payback is a b*tch," legendary Rock "N" Roll groupie, author, journalist, and musician Pamela Des Barres exuberantly proclaims. Ghostroads: A Japanese Rock n Roll Ghost Story has been quite fittingly described as "A Hard Day's Night in Japan [with] a Faustian Twist," which follows a struggling musician named Tony (AKA The Neatbeats frontman Mr. Pan) and his Retro-Rock band, The Screamin' Telstars. As you can see within ROBOT 55's Ghostroads teaser trailer, Tony enters a mysterious guitar shop in search of a new amp; little does Tony know, the amp he picked out is home to a ghost named Peanut Butter (Darrell Harris) who promises Tony fame, fortune, notoriety, and immorality in return for great sacrifice—namely, breaking up with his long-time band, The Screamin' Telstars FOREVER!


"40 years ago, I played in a one-hit wonder late 1970's LA Punk band [The Rotters]. I had a dream. We were a lightning smash success within a few months and on radio stations and charts all over America and Europe. One night, my band played at a new club in Hollywood called Madame Wong's [West]. We all were expecting a packed crowd of 300+. My band opened. When we hit the stage, we were dumb-founded to see a crowd of only eight people. Eight! We played a flat and disappointing set. After us, the next band played in front of the same eight people... that band was f**ing awesome. They were electric and exciting. Their power made the small crowd (including me) go simply crazy. After the show, I asked them how they did it. My band was flat "because" of the disappointing size of the crowd; their band was explosive. The guitarist said to me, "it doesn't matter, if there's three people in the crowd or three hundred people—we always kick a**!" They did indeed. That was 1979. His name was Greg Ginn. The band? Maybe you've heard of them! Their name was Black Flag. The point of it all? It doesn't matter, if there is only one person who sees what you do or 10,000 people, do it for yourself and build a legend. It doesn't matter now what other people think. It only matters what you think. Remember: it is better to have Punked and lost, than to have never Punked at all! James Dean said, "dream as if you'll live forever. Live as if you'll die today." I am glad I did play in my band. I am glad I made this movie. I hope you get a laugh. I hope you get a dream." 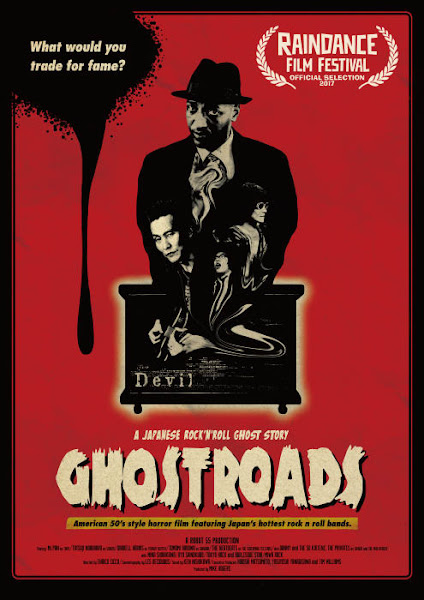