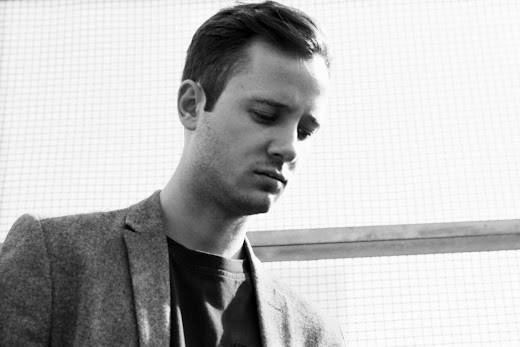 Aside from being an extremely talented beat-maker, emcee, and producer, South London's Charles Edison is simply, a phenomenal human being. He, like all of us, has his vices and admittedly, had a substance abuse problem, but seeked help through treatment and is now celebrating over two years clean and sober. Earlier this year, The Witzard partnered up with Charles Edison on the one-year anniversary of his Waking Up EP/sobriety. Together, we cooked up a comprehensive track-by-track breakdown of Charles' Waking Up EP, paired with the moving story of his journey to a completely clean and sober lifestyle. It's a truly inspiring story and we've already received a plethora of phenomenal and equally inspiring feedback since initially publishing. Just throughout the course of 2018 alone, Charles Edison has self-released his Everything Is Fine EP and long-rumored Beats from The Seventh Floor beat album, as well as a special Beats from The Seventh Floor EP with John Memorex from Beat Tape Co-Op. Now, out of nowhere, Charles has returned with one final release for 2018: a 9-track EP entitled Filaments - Season 1.


It's a thematic sequel, of sorts, to his 2014 electricity-charged releases, Bitstorm EP—including "Light Up The Night"—and Lightbulbs full-length. Not entirely unlike his previous string of releases, Charles Edison's Filaments - Season 1 EP features a wide array of beats reminiscent of J Dilla, Kanye, Madlib, Gorillaz, The Streets, and DOOM. Fully produced, mixed, and mastered by Charles Edison himself on The Seventh Floor, Filaments - Season 1 is fittingly described as "warm, hazy, and familiar; like a drunken hug from an ex." Aside from Charles' electrified hand-crafted beats, Filaments - Season 1 features one lone guest, DJ Jabba The Kut, on the Ones & Twos throughout "What We Do." Charles Edison's Filaments - Season 1 EP is currently available on Bandcamp and like-minded digital streaming platforms. Honestly, we, here at The Witzard would really like to hear some sharp-tongued emcees or even producers, multi-instrumentalists, singers, etc. do their thing on some of Charlie's complexly layered beats. If you're interested in doing so, please, send your completed submissions to The Witzard at sharpcheddar856@gmail.com or @Charles_Edison himself on Twitter. Happy Holidays to all and best of luck to our potential remixers!!!

Posted by Matt Horowitz at 6:14 AM