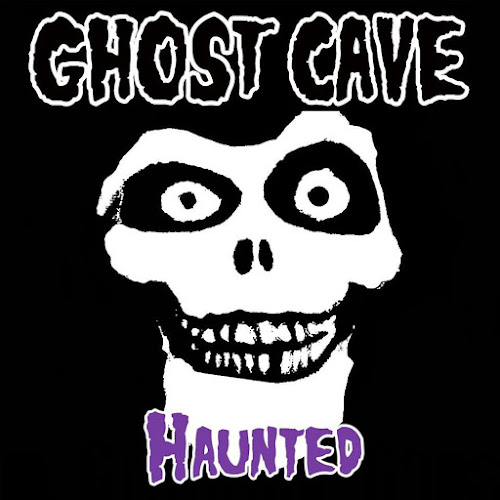 dj BC is the recording alias of musical producer and Ghostbusters enthusiast, Bob Cronin. BC has hand-crafted critically-acclaimed mash-up albums attributed to The Beastles, Ziggy Stardust Remixed, Wu Orleans, The Santastic Christmas Collections, and most recently, Ghost Cave. He's produced four records for Big D & The Kids Table, as well as remixes for other signed artists. Ghost Cave is best described as an album full of varying styles, including, but not limited to, Alternative Hip-Hop, Reggae, Electro-Punk, and Hip-House. For the album, dj BC has recruited a who's-who of musical friends and collaborators dubbed "The Ghost Cave All-Stars" featuring Edo. G/Ed O.G. Big D & The Kids Table frontman David McWane, Z.Dimention, Grandpamini, The Doped Up Dollies, Keenon Rush, Tribe One, ATOM, Pimpdaddysupreme, Supercrunk, and more. Very recently, dj BC approached us with the unique opportunity to premeire the Evan O'Television-directed music video for Ghost Cave opener "Ghost Cave" Feat. Z.Dimention. While still promoting Ghost Cave's self-titled debut, as well as newly-minted Ghost Cave Records, we've recently been hearing rumors of a super-exclusive Ghost Cave vinyl release...


As recently as September 6, 2019, Bob Cronin posted, "Ghost Cave just got clearance from Disney to cover "Grim Grinning Ghosts" and release as 500 vinyl 7-inch records. This will be a Kickstarter for a single, with a #Ghostbusters Hip-House song featuring Tribe One, Precious Roy / ATOM & D.j. Supercrunk on the B-side. Black or purple vinyl. More info coming soon." Said Kickstarter campaign has since been fully launched with a $5,000 funding goal to be crowd-funded prior to a September 21, 2019 deadline. As of this article's publication, there are currently 61 backers with a total of $2,537 pledged, so far. For those interested in backing, there are currently five distinct reward tiers (plus, an option to "pledge without a reward"): The Bloody Single, Bloody DJ Download Remix Pack, Bloody Deluxe Package, and I'm The Bloody Producer for $10, $15, $25, $40, and $1,000 backer fees, respectively. Rewards include everything from "Purple Poltergeist" & "Midnight Black" 7-inch vinyl to an Executive Producer credit on the single. So, if you're interested in supporting this spook-tacular single, head on over to Ghost Cave's Kickstarter within the next 8 days to help support. Also, feel free to peruse The Witzard's recent Ghost Cave "Ghost Cave" premiere, as well as our comprehensive Q&A with the ghoulish mastermind himself, dj BC.


"Q: Where did this project come from?

A: I've loved The Haunted Mansion ride, history, and all associated music since I was a kid. When I started messing with my Electronic version of the composition, I realized that licensing the composition was, actually, possible! I thought this would be a cool way to make an exclusive, rare single of an unusual version of a creepy classic and, also, get this Tribe One Ghostbusters song out there in some ears, as well. ATOM's "We Are Ready to Believe You" Remix—from Ghost Cave's self-titled debut album—is the perfect creepy/funny B-side to this Haunted single."

- Bob Cronin AKA dj BC (@ghostcaveatl) 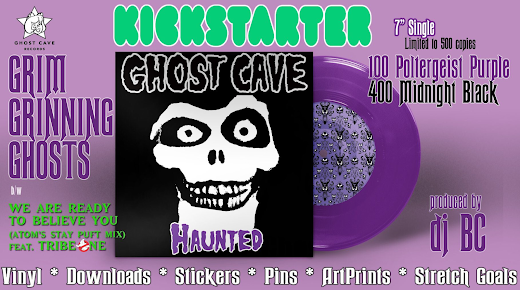 Posted by Matt Horowitz at 9:28 AM