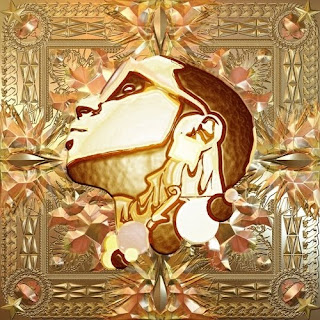 I recently found myself describing Brandon McCartney as, "[Lil B]'s TOTALLY "mental," yet fucking genius! Like if Biz Markie was off his meds." With that said, let me clarify that I'm a long-time fan of both Biz and Lil B. I harvest a certain amount of respect for anyone who's able to get that un-hinged, honest, and revealing. 9 times out of 10, Lil B employs the "#BASED" [stream-of-conscious] rapping technique throughout his original compositions.
Since the June release of "street album," I'm Gay, Lil B has somehow managed to release 2-4 mixtapes - Roughly one every 2-3 weeks. The Silent President is the latest mixtape liberated in this string of on-going releases. Highlighted here, for your listening pleasure, are "Great China Sea" and "Beat the Cancer:" Freestyles over Kanye/Jay-Z and Metallica-driven beats, respectively. If that sounds like it just might pique your interest... or if Lil B's "raw" persona simply intrigues you, head on over to DatPiff for the download-able content!

Posted by Matt Horowitz at 9:05 PM