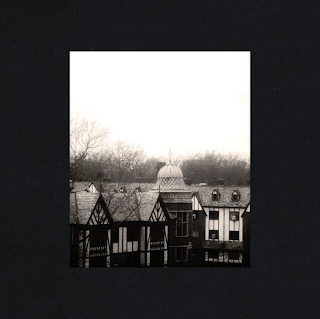 It almost pains me to admit it at this point because I thoroughly enjoy their respective newer output(s) so much, but WAVVES and Cloud Nothings are two bands that I just didn't get upon their initial Indie blog break-out nor did I enjoy their purposely lo-fi brand of bedroom-recorded Scuzz-Rock. While veteran rapper-producer El-P is without a doubt a Cloud Nothings super-fan, WAVVES frontman Nathan Williams seems to be a little more vocal admirer; Dylan Baldi recently woke up hungover in Paris to a random text from Williams to the effect of "Yo, wanna make a record together?" He further described their nearly completed Dylan & The Dead-esque album to Exclaim! as something in-between Cloud Nothings & WAVVES with "another [sonic] element that wasn't present in either of our music before." Cloud Nothings finally unveiled the companion music video for their January-released lead single, "I'm Not Part of Me" yesterday, coincidentally the release date for their new album, Here and Nowhere Else. Frequent collaborator John Ryan Manning's ingenious slumber party-centric clip appropriately starts out from the groggy morning-after, essentially rolling backwards through four teenaged girls' mildly crazy night; Manning adds all sorts of neon-colored scribbles to convey shock, excitement, and feelings of OMG while the girls capture the moment with a group selfie while singing along to "I'm Not Part of Me."


What happens next includes pretty typical sleepover fair: talking about boys, nail painting, failed French braid attempts, a playful pillow fight, and the ingesting of some sort of mysterious recreational substance. Now, that's when shit gets increasingly more interesting... Wes Borland-esque blacked out pupils, a skeleton-assisted Cloud Nothings Rock Band, trying to catch a Slim Jim attached to an RC helicopter, using iPhones as utensils, and all sorts of general weirdness. Keep an eye out for a a quick milli-second glimpse of Cloud Nothings' leading men on bedazzled winged iPhones during "I'm Not Part of Me"'s EPIC tripped-out closing sequence. It's a pretty jarring video treatment, which almost casts Dylan Baldi and his recently upgraded Cloud Nothings power-trio as Indie Rock super-gods, since their whole sound is a fairly obvious homage to late 90's-early 2000's Alternative Rock: Nirvana, Foo Fighters, Blink-182, Smashing Pumpkins, Jawbreaker, etc. Here and Nowhere Else, recently dubbed Stereogum's annual Album of The Week, is now available in a number of listening formats on Carpark Records/Mom+Pop.
Posted by Matt Horowitz at 8:49 PM