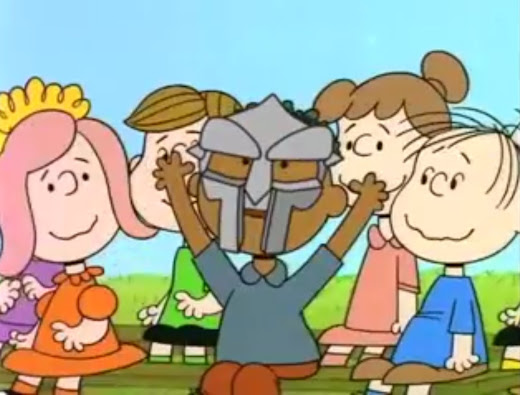 "I think a lot about genre-blending, so the relative novelty of mixing (MF) DOOM & Doom made a lot of sense to me. I've been a fan of mash-ups like Jay-Z at Studio One, WUGAZI, Leftöver Kanye, and Yeezer, but nothing that really touched Hardcore/Punk Rock," Justin Mayer AKA Old City wrote within a series of Facebook Messages. Just a matter of days ago, I got a cold-sent email, which started off by saying, "Old City, stage name of Philly-based musician/producer Justin Mayer, announces Black Bastards, a mash-up EP between rapper MF DOOM and Birmingham Crust Punk band Doom." Old City is currently prepping the release of his villainous Black Bastards EP—presumably named after KMD's 1993 pre-MF DOOM album, Bl_ck B_st_rds—to be unleashed this Halloween and has been preceded by "the first and only" DOOM & Doom-melding single, "Air Crimes;" a frenzied mash-up consisting of DOOM's oft-remixed verse from Dabrye's 2006 Ghostly International single, "Air" and "War Crimes" from Birmingham-based Crust Punk pioneers Doom's perfectly "crusty" 1988 debut, War Crimes - Inhuman Beings.

I've always been a fan of rather off-kilter genre-blending releases that linger somewhere on the blurred line in-between Punk/Hardcore and Hip-Hop; be it Loud Records' 2000 Loud Rocks! comp. the Judgement Night Soundtrack, Lil' Wayne's Rebirth, or Travis Barker's Give The Drummer Some—some, slightly more full-formed and sincere than others. Although, with that said, I've never heard anything quite as intentional and meticulously-constructed from the dreaded "Rap-Rock" category as Old City's as-yet-unreleased Black Bastards EP. I was lucky enough to hear a pre-release copy of Black Bastards EP and send a batch of questions over to the "Hip-Hop/Punk Rock Provocateur" himself, Justin Mayer, which you'll see published below in interview Q&A format. Old City's DOOM & Doom mashing-up Black Bastards EP will become available for streaming and download on either his Old City PHL Bandcamp or MFDOOMBOT (Black Bastards) Tumblr this Halloween.

I. Aside from the very obvious reason, what made you ultimately decide to start creating an EP mashing up DOOM and UK Crust Punks Doom? Where did you even begin when crafting your Black Bastards EP?

I’ve been in the middle of a larger-scale project for about two years and the DOOM mash-up was a novel idea that popped up and seemed "crazy" enough to work. I did a quick search, downloaded some DOOM acapellas off YouTube, and did a few simple beat-matching tests. The first one that clicked was “Air Crimes” and I basically, built up the track under the acapella one bar at a time. It was really fun because that’s a completely different approach than I usually take, when creating a track.

II. What might you cite as some of your greatest sources of inspiration and influence while (and even prior to) recording Black Bastards?

Danger Mouse is probably the biggest source of inspiration. I’ve been into his stuff for years, from Pelican City and The Grey Album to his work with Damon Albarn [Gorillaz], James Mercer [Broken Bells], and Daniele Luppi [Rome]. I downloaded Adele’s 25 just to hear "River Lea" and then, deleted it after. Mark Ronson, as a producer, is second to Danger [Mouse]. I’ve followed his catalog since Version. There’s a group out of Sweden I’m into called Teddybears; they make Dance music and get people like Iggy Pop, Eve, and Reggae toasters to put up vocals. Funny thing is, they started off as a pretty good Grindcore band [called Skull]! They play huge shows wearing full suits and giant matching bear helmets. Girl Talk, Jay-Z at Studio One, and WUGAZI were direct inspirations for the mash-up.


III. Are there any particular DOOM acapellas, verses, etc. you attempted to use for Black Bastards, but couldn't exactly figure out that you might consider re-visiting for a potential future release? I'm just curious!

In that initial spontaneous search, I found... seven(?) acapellas, but didn’t use all of them. I figured Doom's EP's are only four or five songs, so I’d keep it consistent. About three songs in to the EP, someone on Reddit posted clean vocals from MADVILLAINY, but I chose not to dive into them, trusting myself with those early-set limits. "Meat Grinder" and "Change The Beat" were songs I worked on, but scrapped and while I would have wanted to work with the lyrics from "Accordion," the acapella wasn’t clean enough. I don’t think I’ll do another mash-up. Never say never, but I want to branch out artistically. The Grey Album inspired WUGAZI and both inspired me. My hope is this inspires someone else.

IV. Now that your Black Bastards EP's nearing a Halloween release, what else are you currently working on? Any type of full-length Old City "debut?"

I’ve got a got a couple of "dirty fingers" in a couple of "dirty pies." I’m interested in genre-blending and exploration. The main project I’m working on is a "Punk" album, for lack of a better word. If Black Bastards is my Grey Album, the debut will be my THE MOUSE AND THE MASK. It’s a much more collaborative effort—working with vocalists and musicians that I revere. I’m finishing up the arrangement on a Jazz song for it now. I described it to Steve Pavlovic as "The Avalanches meets with The Living End," a fairly Australian explanation haha. My future projects list is a little out there. After the Old City debut, I may work on a few Folk songs with Days N' Daze or produce an Oi! [Punk Rock sub-genre] record. I want to make weird sh*t that excites and even scares me a little.


V. You recently mentioned to me that you single-handedly directed and edited together your recent "MF DOOM Black Bastards" AKA "Air Crimes" video, as well. What was the process like behind creating the video and how did you get the Metal Face Villain mask on The Peanuts Gang's Franklin?

The germ for the video came from seeing an image on someone’s Facebook of Pig-Pen with a Doom logo pasted on top of him. It was funny: Pig-Pen re-contextualized as a smelly Crust Punk. Instantly I remembered that DOOM sold those shirts of Charlie Brown with the mask on and thought, "oh sh*t, thematic continuity." Peanuts memes are actually sort of a thing in some Hip-Hop circles; there are a bunch of Peanuts-characters-rapping-Wu-Tang comics online [Mark Drew's DEEZ NUTS]. There seemed to be interest and with it enough inspiration to move on it.

I knew absolutely nothing about video editing, so I approached the video like I approach just about every other project and started with research. I went to Reddit to ask Peanuts fans for specific episodes where characters played musical instruments, but scrapped the idea of it being an all-music video. There are [Wikia] pages that detail what episodes and specials each character is in, so I found all of the ones with Franklin and Pig-Pen, specifically, and made notes of which clips I liked the best. Part of the problem is that while Franklin was several episodes, he spoke in only a few of them. I only have a couple of clips of him with a Metal Face mask on because he didn’t have much of dialogue, as a supporting character.

Chopping up the clips to sync the dialogue is simple enough in a still scene, then, it’s just getting the mask to line up the right way. I designed the mask really cheaply and easily in Photoshop, took a screenshot of the video clip, and just drew on top of it in an empty layer. A simple blur filter later, it looked remarkably authentic. I thought I’d have to add a bunch of grain filters, but those old [Peanuts] episodes used pretty basic cell animation, so there wasn’t much to it. The main problem was getting the mask to look naturalistic, when the video played, since the frame itself moves around under it. That goes back to clip-selection: I chose clips where Franklin was talking, but his head was fairly still. The mask is important! I spent more time than I’d like to admit to get the mask animation right. 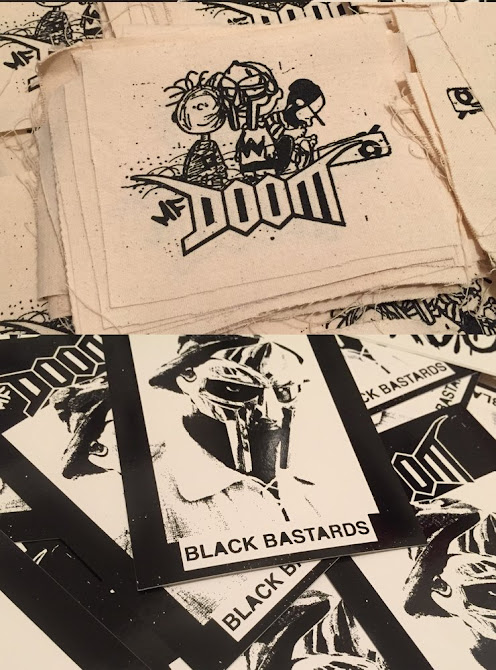 Posted by Matt Horowitz at 8:00 AM