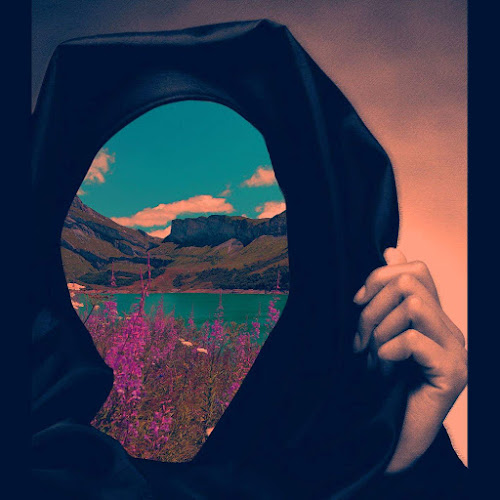 Villainous producer and founder of The Guerilla Godz crew, The Diabolical Doctor Strange AKA Solomon Strange AKA Solomon Caine, has returned with his first full-length project since 2017's The Friday Night Philosopher. This time around, Solomon Strange has joined forces with Swiss beat-maker and producer Sauce Jacqson to form STRANGE JACQSUN. The Diabolical Doctor Strange & Sauce Jacqson's STRANGE JACQSUN project has been mysteriously teased on their social media accounts for a few weeks now, with today's date, Friday, November 30th, being curiously referred to as "the third quarter of the moon phase." Honestly, there's very little to no information online concerning either Solomon Strange or Sauce Jacqson and even less regarding newly-minted STRANGE JACQSUN. Although, the bulk of Doctor Strange's scattered discography has been self-released under his own Guerilla Godz banner, as well as Canadian imprint, Makebelieve Records. Sauce Jacqson, on the other hand, has released the majority of his music on his own Neuchâtel, Switzerland-based imprint Stay Suave Music, in addition to a number of labels based all across the world... and the galaxy.


STRANGE JACQSUN is a staggering 28-song "Enlightened" Hip-Hop beat tape-style album collaboratively concocted by both Sauce Jacqson & The Diabolical Doctor Strange. "Members of the cult," AKA STRANGE JACQSUN, fittingly describe the contents of their co-produced tape as "ancient knowledges in a forgotten and forbidden language played by futuristic instruments." STRANGE JACQSUN is peppered with sparse features throughout from Guerilla Godz's own Ari Yusef & Ab Souljah, as well as L'Expert & DJ Eagle. 100 limited edition copies of STRANGE JACQSUN are currently available on cassette tape (or "Membership Stones") from Dreamzone Records, while supplies last. The Diabolical Doctor Strange & Sauce Jacqson have also, promised to make digitized copies of STRANGE JACQSUN available for "specialized libraries and erudits" because, of course they have! Below, I've included STRANGE JACQSUN's Space Release from their press-sent Space Kit because... you really just have to read this thing in full! STRANGE JACQSUN are playing an album release show with Sebb Bash at Escape 032 in Neuchâtel, Switzerland at 7:00pm on "the third quarter of the moon phase."

The work of two alchemists from back then, when the when was not, became a true quest for a whole community. Throughout ages, the quest became a cult, worshiping the many faces of the invisible huwoman. This being of light only comes in the darkest days. It happens where there is nowhere and what happens is not allowed to be spoken of. Wait for The Black Dawn and look at your reflection in the fourth face of an onyx stone, the gate will then open. Some lost souls have brought back a tape, but never could tell what didn't happen... For booking, requests, or Membership Stone, please, wait until the next Black Dawn—November 30th, 2018 in Neuchâtel, Switzerland. 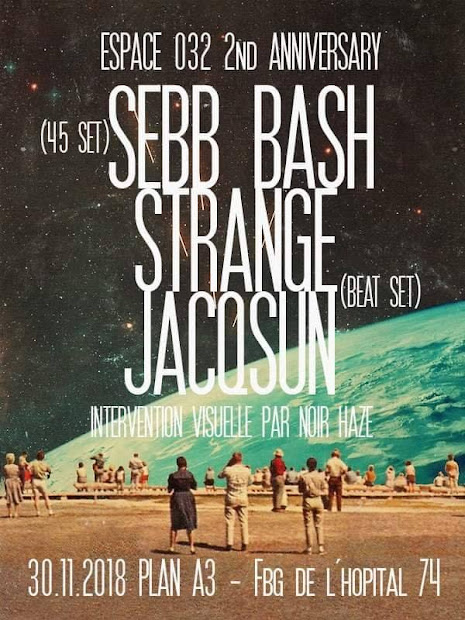 Posted by Matt Horowitz at 6:24 AM