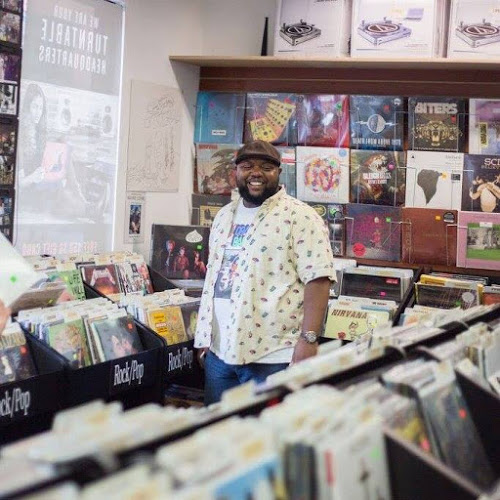 Over the course of the past year, Timothy "Tim" Chester AKA Baltimore-based producer and beat-maker UncleRussie (no spaces!) has become something of a staple here at The Witzard. Thanks to a recommendation from Jumbled, we featured his January-released Trunks EP. and soon after, Russie submitted not one, but two remixes for The Witzard's Andy Cooper "THE PERFECT DEFINITION" Remix Comp. and most recently, Bulma3 & TrunksEP2 [Album Preview]. Now, UncleRussie has returned to properly release both projects simultaneously: 16-track Bulma3 AND 20-track TrunksEP2. I'll be the first to admit, I'm far from a Dragon Ball Z/Super expert, but I do know that the bulk of Russie's work, especially, these two most recent projects are largely influenced by the beloved manga. Bulma3 is the third and final album in UncleRussie's ongoing Bulma Tape series, preceded by 2016's The Bulma Tape and its 2017 counterpart/follow-up, The Bulma Tape: Side B.


While TrunksEP2 is the sequel to the aforementioned Trunks EP. which, this time around, was co-produced by fellow Baltimore DJ and producer, Graffititech. Not entirely unlike Trunks EP. UncleRussie recruited an extremely talented who's-who of primarily Baltimore and East Coast-based artists including Benjamin Banger, Dot-Com Intelligence, Malcolm Maximillion, Swellthy, Maitro, Die$el Mac, eu-IV, Action Bastard, MGNTK.'s own logic marselis, and of course, TrunksEP2 co-producer Graffititech. Now, while these collections are without a doubt, definitely required listening for your weekend, I'm not gonna sit here and pretend like I know anything about Dragon Ball Z/Super... so, I'll let UncleRussie himself explain a little bit more about DBZ and its deeply-rooted connection to his vision heard throughout Bulma3 & TrunksEP2 down below "the break." However, in the meantime, both Bulma3 & TrunksEP2 are now available to stream on UncleRussie's Soundcloud page.


"Bulma3 is The third and final installment to The Bulma Tape series that began in 2016. What started out as just a idea to make an instrumental project dedicated to Dragon Ball Z character, Bulma Briefs, turned into another idea to expand and interpret the series itself into a "Hip-Hop/Electronic musical;" one [wherein] the backdrop would enhance—or even, bring light to—different parts of the series, as well as modernize it prior to 2017's revival of the TV series, Dragon Ball Super. The songs and sounds were inspired by the show's long-time theme of hero vs. villain, teamwork, technology, various relationships, and random mishaps. Bulma3, however, was not, actually, supposed to happen. After the tragic death of Japanese voice actor and original voice of Bulma, Hiromi Tsuru, I felt inspired to make a sort of tribute.

This was coming on the heels of finishing the project, Trunks EP. a project based on Bulma's son, Trunks. The Trunks EP. was created as a snapshot of storyline or "saga," in which Trunks travels back in time to warn Bulma, the show's hero and main protagonists, Goku, as well as The Z-Fighters of an eminent danger coming three years in the present day. The album starts off with "Future" Trunks as a kid recovering from an attack, in an attempt to fight alongside his long-time mentor and son of Goku, Gohan. The seeds for this album start on ["Capsule Corp. (Reprise​)​*" from] The Bulma Tape, in which he mentions the aforementioned danger ahead and the thread continues throughout The Bulma Series until TrunksEP2.

TrunksEP2 is based on the saga created in the Dragon Ball Super series. Years after the threat he warned about has been thwarted, a new threat emerges, but to his surprise, comes in the form of a previous ally. This album was, initially, going to be a one-off of random DBZ/Super-themed beats and instrumentals, but shortly developed into a continuation of the Trunks saga that was reignited in the recently-revived series. Both TrunksEP2 & Bulma3 tie together, though Bulma3 is less linear and more of a light-hearted send-off, while Trunks is more of a darker, serial tone, which tells a story of a struggle to win for the fate of not only the future, but the entire universe. Overall, both projects represent a fan's appreciation of a long-running series that has inspired and made a cultural impact across the world." 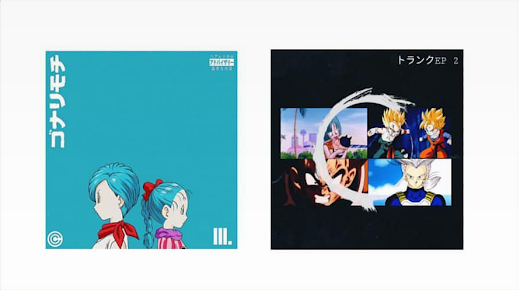 Posted by Matt Horowitz at 9:10 AM