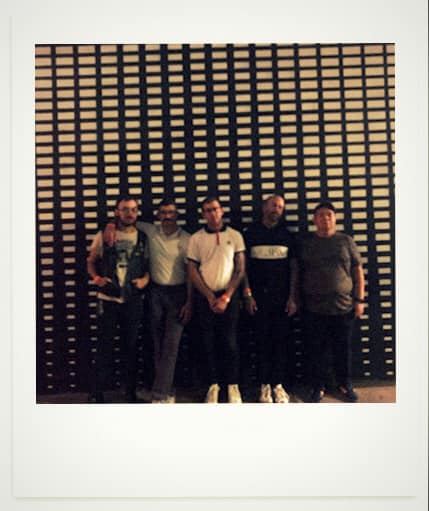 
"With half the band currently out of work and no more shows 'til, at least, June 13," Liberty & Justice's members teamed up from home to collectively record and release a cover of Robyn's 2010 single, "Dancing On My Own." Vocalist Ryan Taylor delivers and impassioned, grizzly-voiced rendition of Robyn's infectious classic, with Cory Parker, Edwin Carson, Halston Luna & Ramzi Beshara contributing their parts from their respective homes. Liberty & Justice's players took turns recording their parts of "Dancing On My Own" at the band's practice space (practicing safe Social Distancing!) and newest member, Beshara, edited everything together in GarageBand. If you're interested in supporting, there's currently a GoFundMe page set up for frontman/East End Barber shop owner Ryan Taylor and his out-of-work staff during these unknown times. Liberty & Justice's cover of Robyn's "Dancing On My Own" is now available on YouTube and the band promises, it will soon become available on streaming services, as well. Below, you can re-visit Robyn's original version of "Dancing On My Own" for comparison against Liberty & Justice's Punk/Oi!-leaning rendition.


"With half the band currently out-of-work and no more shows 'til, at least, June 13 (praying we can still pull off that one!) and with all of us taking this deal seriously, we decided to cover one of our all-time favorite songs by one of our all-time favorite recording artists, @robynkonichiwa. We recorded everything [remotely] and, as you can see, recorded the video [remotely] then, @screamingohmygod put it all together. Hope this is a nice break in your Feed from all the negativity. Be safe out there, please, check in on one another, and, please, practice Social Distancing. Single will be available on all streaming platforms in the next couple of days." 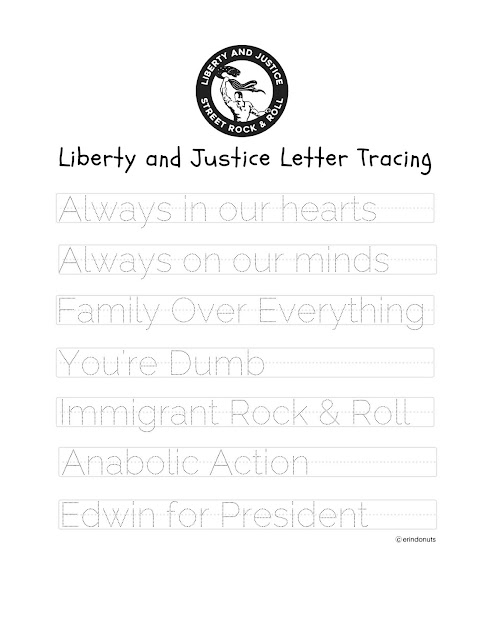 @libertyandjusticeofficial: "For all the parents with kids stuck at home, email eastendbarber@gmail.com for the download..." (CREDIT: @erindonuts)
Posted by Matt Horowitz at 9:17 AM