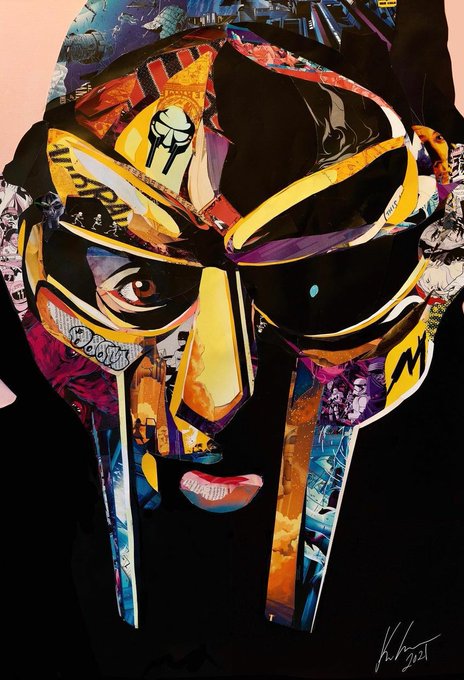 "The difference between talent and genius. The significance of some artists' bodies of work cannot be measured or quantified by man-made instruments or hypotheses... it's like accurately guessing how many people on the planet see the same star in the night sky at the same time. If time wasnt the abstract construct we all already [know] it is... we might not be able to make the comparison that there are not only beings on this planet who appear to shine brighter than others... the "stars," if you will.. but, also, ones who appear to move across the celestial landscape of the night sky in a less predictable manner... like shooting stars. This ain't no actual Astronomy lesson, so I don't wanna get into how "shooting stars" ain't ACTUAL stars or nothin' like that..."


"I'm just speaking strictly metaphorically here. What if every second was 100 years somewhere else in The Universe... more than the average human lifespan on Earth? That star you see zip past in the night sky don't even stick around for a full second.. but you compare the impact that that shooting star had on you vs. seeing some regular sh*t, like Sirius or Andromeda or them super-poppin' sh*ts, like Polaris or Betelgeuse... like the STAR stars... compare that feeling to seeing that one METEOR disguised as a star that caught your attention [and] the impact it left on however many people caught it [and] multiply that sh*t by whatever unit of measurement is used to determine the nonlinear paths of MF's without any reciprocal slopes or parallels other than the ones they made..."


"The mysteries they created... the identities they assumed... the worlds they manipulated like balls of Play-Doh... and multiply that by 500 zillion [and] then divide it by porcupine to accurately calculate that sh*t. The positive or negative impacts of artists like JAY-Z or 2Pac or Eminem are lowkey quantifiable. We can guess... artists like #MFDOOM introduced the element of the unknown to a culture that was obsessed [with] knowing everything 'bout artists [and] being able to follow predictable linear A to B to C patterns [and] flipped all that sh*t upside down. [...] I think DOOM was just flat out a one of one... the first to do all types of things with his artistry that would be influential to all types of MF's who were influenced in all types of ways for longer than most artists tend to be influential for."


"He was the antithesis of super-stars like Hov [JAY-Z] or Eminem... you hardly ever saw his face, he had no hits or plaques, he had no Rihanna [collaborations]... yet he had just as much impact on Hip-Hop as either of 'em. If you removed his DNA from the culture... you would be wiping out whole a$$ rappers from the game. They would just disintegrate, like when Thanos snapped his fingers in Avengers: Infinity War. We lost a true fearless original. From the KMD days to the birth of the countless incarnations that manifested since... there won't ever be another. R.I.P. Daniel Dumile."

October 18, 2021
KIRA Roessler (CREDIT: Jack Grisham) Black Flag is just one of those bands—along with The Misfits, Minor Threat, Fugazi, Dead Kennedys, and more—that every young Punk/Hardcore fan cutting their teeth with the genres should experience. Kira Roessler was bassist (and the only female member!) of Black Flag during the Rollins-era between 1983-85. However, within those short two years, Roessler played on FOUR studio albums, Family Man, Slip It In, Loose Nut, and In My Head, as well as two live albums, Live '84 & Who's Got The 10½? and an EP, The Process of Weeding Out. During her now 46-year career, Roessler has spent time playing with Approximation, AwkWard, DOS with Mike Watt (Minutemen, The Stooges, fIREHOSE,) Geza X & The Mommymen, MinuteFlag, The Monsters, Puzzled Panthers, Sexsick, Twisted Roots, The Visitors, and Waxx, as well as appearances on various compilations Roessler describes herself as a "bass player first and foremost. Then, a sound editor, dog mom
2 comments
Read more

April 05, 2022
Elway L-R: William Orender, Tim Browne, Joe Henderer & Brian Van Proyen (CREDIT: Tom May) Elway have stuck with Red Scare Industries for a few years and, now, we've all been rewarded with their best album yet; or, at least, that's what they're saying. Elway's Tim Browne, Joe Henderer, William Orender & Brian Van Proyen, also, tell us that the prevailing theme of this collection of songs is, "... The Candide/Quixote Dilemma. As in, are we naïve for being optimistic?" Hoo-wee, sounds like Red Scare's gonna get rich off this thing! The Indie Punk quartet recorded a buncha songs out in their home state of Colorado and, then, they painstakingly whittled it down to the best 11 tracks for The Best of All Possible Worlds. All bangers here! Even though it's been lean times for Indie Rock/Punk tours during The Pandemic, Elway has managed to play some recent shows with The Lawrence Arms, Hot Water Music, and The Menzingers and we expect the good tim
1 comment
Read more