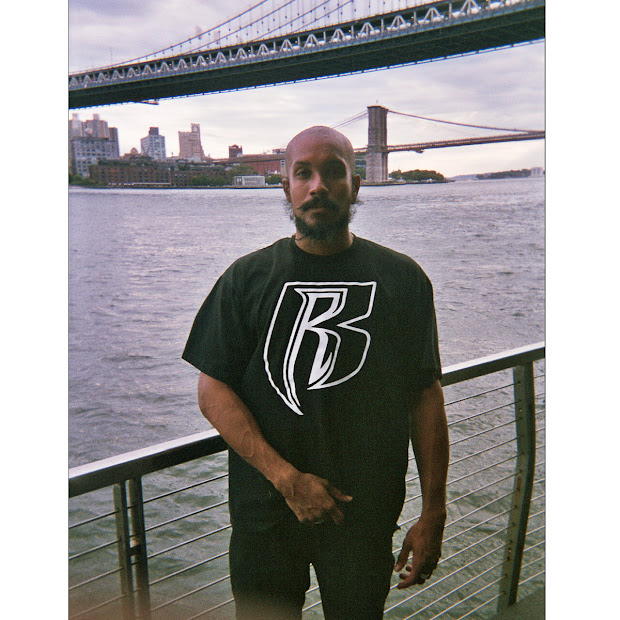 Gabe 'Nandez is an extremely talented New York-based emcee who has been closely aligned with Passion of The Weiss founder Jeff Weiss' POW Recordings since before 2017. 'Nandez has been regarded as a child of DOOM & DMX, whose parents worked in diplomacy, so he grew up moving around often, temporarily living in Tanzania, Haiti, and Jerusalem, as well as New York City. Gabe 'Nandez's latest EP, simply titled Ox, is being framed as a tribute to the spirit of Ruff Ryders. POW initially released 'Nandez's 2017 cassette compilation album Plaques and soon after, released his proper full-length debut, Diplomacy, to widespread critical and fan acclaim over the summer of 2019. Since then, Gabe 'Nandez has quietly issued a number of singles, EP's, loosies, etc. sometimes, self-released, sometimes, with POW Recordings, and, sometimes, on a variety of other Indie labels, such as Stereoma and Epidemic Sound, namely, for his guitar-fueled 2020 EP, Grove.


Ox was reelased late last month and we've been absorbing it on Repeat ever since. So far, Gabe 'Nandez has let loose two music videos for selections from Ox, "223" directed by 'Nandez himself and Sebastian Thompson and "Ox," again, directed by 'Nandez with Isaiah Sears. They're both highly enjoyable examples of teeth-gritting, hard-as-nails Hip-Hop music videos; one, with Gabe 'Nandez simply rapping his butt off from what looks to be the stoop of his apartment building and the other, showcasing his sportsing an old school Jets Starter jacket walking down the street whilst rhyming. Below, you'll find a mini-essay Gabe 'Nandez penned accompanying the release of his Ox EP. Gabe 'Nandez's Ox is now available to stream or purchase, via POW Recordings, and trust us, it's well worth your hard-earned money.


"To me, the ox is a symbol of strength, stability, and determination—all things I strive for everyday. The songs on this record were inspired by the photograph. I've never written around an image like that, so that was dope. I'm a big LOX & DMX fan and love that Ruff Ryders era, in general. That's one of my favorite eras in Hip-Hop—late 90's to early/mid-2000's. I wore this shirt out in public a few times over the summer and the amount of salutes I got from people in the street was crazy. N***as were like, "ayoooo, double-R." N***as was shouting, "D-BLOCK" in the street and sh*t. People were like, "yo, they don't know nothing about that sh*t. Salute." Craziest one had to be when these two cops rolled their window down and yelled, "Ruff Ryders!!!" pointing at me and sh*t. That was dope. The amount of respect that symbol generated was deep. I felt empowered walking around rocking that shirt. On some super-hero sh*t. When I got a roll of film back from the lab and saw the photo of me wearing it, sh*t just clicked. The ink started flowing. I wanted to pay homage to that vein of Rap with tracks like "Ox" and "Clark." I wanted to pay my respects to the school of Hip-Hop that I bump the most—cats like The LOX, DMX, Prodigy, etc. The title came immediately, too. Ox: power and true grit. That's what that style of Rap represents to me—and that's what definitely how the double-R symbol translates to people who know. Plus, a lot of heads that built Ruff Ryders are from the 914 area, Westchester County, where I've spent a lot of time over the years. Shout-out to New Rochelle, Mount Vernon, Yonkers, man. Shouts Mamaroneck, man—we out here, dog. Ultimately, I just wrote some more songs—check me out! Peace."

February 12, 2021
CREDIT: KARISSA KANESHIRO (@karissakaneshiro) Honestly, it doesn't even feel like there's a proper way to elegize an eccentric and extremely talented artist such as MF DOOM, who meant so much to so many of us for so many years for so many different reasons as truly unique as DOOM himself. So, what better way to pay tribute to The Man, The Myth, THE MASK himself than by speaking to those closest to him? With a heavy heart, I proudly present Shadows of Tomorrow; a new recurring column in tribute to DOOM in an effort to re-tell the tall tales, strange stories, and lesser-known tidbits of The Metal Face Villain himself. R.I.P. Daniel "MF DOOM" Dumile Thompson. "The difference between talent and genius. The significance of some artists' bodies of work cannot be measured or quantified by man-made instruments or hypotheses... it's like accurately guessing how many people on the planet see the same star in the night sky at the same time. If time wasnt the abs
14 comments
Read more