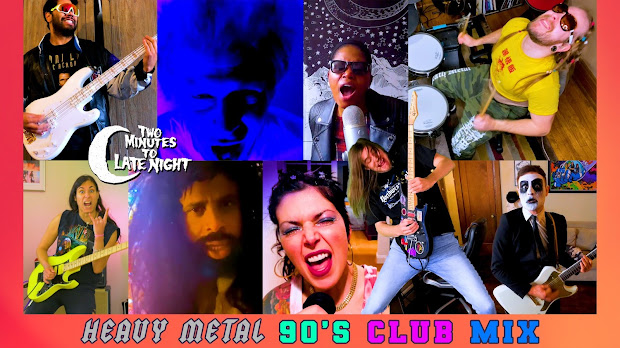 Ever since this seemingly unending Global Pandemic and Nation-wide Stay-at-Home/Shelter-In-Place orders started nearly a year and some change ago (wow!) Jordan Olds, otherwise known as Gwarsenio Hall, and Drew "Hollywood" Kaufman and their rotating cast of characters at Two Minutes to Late Night have been releasing Heavy Metal-leaning Quarantine covers. Generally, uploaded to YouTube on a weekly basis, largely done for free, and directly supported by fans on Patreon, Two Minutes to Late Night (or 2M2LN) have successfully covered everyone from Anthrax to Steely Dan. 2M2LN's ripping and roaring often feature Gwarsenio Hall on co-lead vocals, along with a long list of backing musicians, who have previosuly spent time playing with Mutoid Man, Thou, Baroness, Clutch, Sleigh Bells, Slipknot, Bruce Springsteen & The E Street Band, Rise Against, PUP, and much, much more.


For this week's THIRTY-SEVENTH Two Minutes to Late Night Bedroom Cover, which they're calling "NOW! That's What I Call A Metal 90's Club Mix," 2M2LN have recruited Myrone (Firstborne, Snaked,) Alan Cassidy (The Black Dahlia Murder,) BOOTS (Beyoncé, Run The Jewels,) Nili Brosh (Cirque du Soleil, Tony MacAlpine, Paul Gilbert, The Iron Maidens,) Izzy Fontaine (Seal, Glassjaw,) Alexis Krauss (Sleigh Bells,) Spider One (Powerman 5000,) Myke Terry (Volumes, Ex-Bury Your Dead,) Carina Zachary (Husbandry, Monsters On The Horizon,) and horns by Rich Seibert, James Kelly & Stephen Chen from Ghost Funk Orchestra. It's video description describes it like this, "Beanie Baby Burrito! We took all the 90's EDM hits you're afraid to admit you like and performed them in the style of music no one should like: METAL! The dude in the green spandex suit [BOOTS] has been nominated for a GRAMMY twice lol." 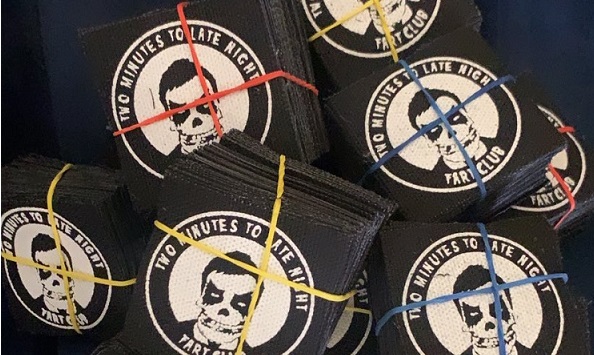 From what we can tell, it boasts mini-covers of Alice Deejay's "Better Off Alone," DJ Sammy's "Heaven," Corona's "The Rhythm of The Night," Vengaboys' "We Like to Party," Eiffel 65's "Blue," Haddaway's "What Is Love?" Black Box's "Everybody, Everybody," and Darude's "Sandstorm." It's definitely a 90's Electronic Dance Music-indebted affair steeped in Heavy Metal weirdness! Towards the end of teh video, Gwarsenio Hall shares that thanks to fan donations, they've been able to effectively pay 250 artsist who participated in such videos covers and medleys. "NOW! That's What I Call a Metal 90's Club Mix" (Two Minutes to Late Night Bedroom Cover) is now streaming on YouTube in all its glory and if you like what you see and hear, go support Two Minutes to Late Night directly.