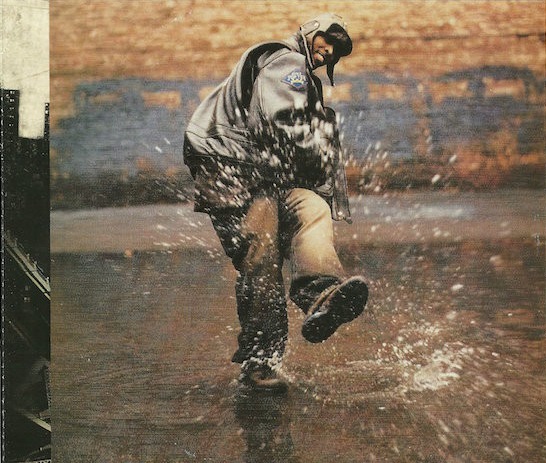 Son Raw is a freelance music writer and producer. A few decades removed from their peak, there are two things we can say for certain about Sean Combs and Bad Boy Records. First, they dropped some of the greatest, commercially-minded Hip-Hop and R&B records of the turn of The Millennium. Rap purists will exalt Biggie's two classics alone, but [Ma$e's] Harlem World is the one Jiggy album you need, Faith [Evans] & 112 birthed a generation of Hip-Hop/Soul (and soundtracked the conception of another) and after their late 90's peak, Diddy doggedly kept searching for his next great emcee, never finding him, but releasing great records in the process. Second, Bad Boy is a deeply cursed label and Sean Combs has a terrible track record of caring for his artists.


Biggie was murdered in cold blood during a completely avoidable trip to Los Angeles after an over-hyped label feud. Ma$e was run out [of] the business, came back, and left again, all down to an exploitative contract. The Ruff Ryders saved The L.O.X. from the same, though, not most of their publishing. Shyne faced years in prison and is currently living in exile. G-Dep turned himself in for an unsolved murder. Craig Mack didn't get a second album on the label, despite launching it, and is now dead. Da Band is a meme. Loon is M.I.A. And as DMX lay in a coma, we were reminded that Black Rob, the man who saved Bad Boy at its lowest point, was treated by the label as a means to an end. He died a few days later.


I'm not laying all of the blame for Black Rob's misfortune at the hand of Sean Combs. Anyone [who's] worked with emcees knows that the personality traits that combine to form a great artist can, also, be the same ones that lead to dangerous, self-destructive impulses. But there's no denying that Black Rob's Life Story saved Bad Boy in 2000 and that he deserved far better than to have his sophomore record drop a whole six years later. Bad Boy in '99 was the shiny-suited butt of a joke in a "Weird Al" single, out-flanked by more street-minded crews near (Roc-A-Fella, Ruff Ryders) and far (Aftermath, No Limit, Cash Money.) Puff's Forever bricked, Ma$e had retired, and the recently freed L.O.X. spent every second of airtime they got trashing their former label as a den of sell-outs and has-beens, crippled by the passing of The Notorious B.I.G. They weren't wrong.


Enter: Black Rob, an artist orbiting Bad Boy for a few years to solid mixtape buzz, but without much commercial traction. With Puff's commercial clout dropping off a cliff and a harder style of Street Rap ruling the charts, it was his time to shine (no, not Shyne's) but few could have predicted just how much Life Story would rehabilitate his label's image. First, there was "Whoa!" a towering track that went from street single, to club banger to mainstream anthem over the course of just a few weeks. Combining Juvenile's "Ha" rhyme scheme to a conversational tempo, all over a digital beast of a riddim from D.I.T.C.'s Buckwild, a producer from a crew best known for dusty sample flipping, it was all things to all people.


It banged in The Tunnel, it got serious play on BET's Rap City, The Basement. It featured heavily on mixtapes across the Tri-state [area]. Most importantly, it didn't sound like anything Puff had put out in the half-decade prior: sleek, digital, and menacing, it established Bad Boy as a label that could compete with Def Jam's harder, now-dominant take on East Coast Gangsta Rap. I doubt Bad Boy would have survived the early aughts without it. If there's a downside to "Whoa!" it's that it, sometimes, eclipses the album from which it sprang and that it's a poor showcase for Black Rob as an emcee. Life Story is neither a Korg Triton-heavy affair, nor full of glitzy Disco re-makes; instead, leaning on the type of cinematic Crime Rap that animated Biggie's strongest material.


On paper, even attempting this should be a daunting task that leaves Rob forever in The Notorious one's shadow, but unlike so many other Bad Boy artists, Rob never feels like a replacement B.I.G., always imbuing the tracks with his own Harlem swagger. He's particularly at home next to peers, like G-Dep & The L.O.X., rappers who aspire to match Ma$e and Puff's commercial success, but whose roots precluded them from the type of Pop moves necessary to do so. In Rob's case, that means that Life Story is a record full of detailed Crime Raps, occasionally, paused for club tracks from one of New York's tensest, grimiest eras, right before 9/11 finally put the party to a stop.


Prior to Black Rob's passing, I Tweeted at @Diddy suggesting he pay the man's hospital bills. Like pretty much all of the "word vomit" that makes its way to my account, this wasn't a particularly throught-out statement, but it is a heartfelt one. For a label whose stories mostly end in tragedy, that Black Rob never saw continued success feels particularly egregious. Diddy kept Rob on the roster, but rapidly pivoted towards reviving his own career with The Saga Continues..., which split the difference between Life Story's cinematic griminess and his own, now-rehabilitated Jigginess. Rob's sophomore project stayed on the back burner and by the time The Black Rob Report dropped in 2005, the buzz was long gone. Jail stints and health issues would follow. There's no "happy ending" here, with even the man's passing being minimized, sandwiched between more successful peers' and antecedents in DMX & Shock G. It shouldn't be, because if only for a brief moment, Black Rob had the Rap world on fire and even a cursory dig through his catalog reveals he had so much more to offer.