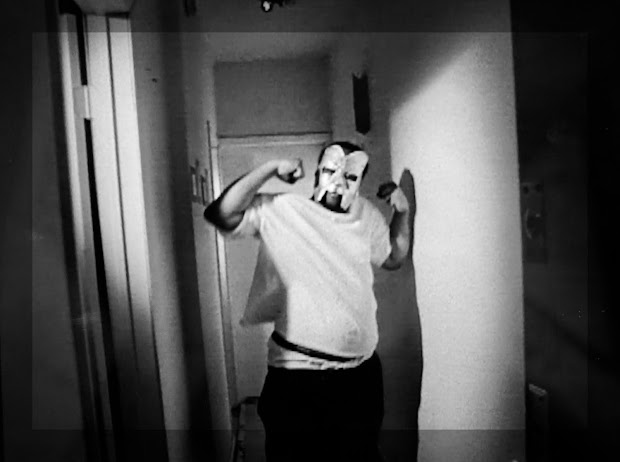 "MF DOOM is among the greatest artists of his time. This long-lost piece we made together in 2000 belongs in a proper gallery, so I'm putting it on auction today on @withFND! Globe with meridians *50% of proceeds to go to The DOOM Estate* Good luck. #MFDOOM #NFTart #NFT," ABL (@AdamBhalaLough) shared on Twitter earlier this week. For starters, "NFT" stands for a "non-fungible token," whatever that means... Adam Lough has directed music videos for everyone from El-P to Lil' B and notoriously created villainous clips for MF DOOM's "Dead Bent," "?" and "Benzoin Gum" AKA "Lemon Grass." Said unreleased version of "Dead Bent #2" was filmed on 1st Avenue in The East Village, New York, NY, November 2000—the same day as the original "Dead Bent" we all know and love. Lough explains it was shot on Kodak 7231 Plus-X negative black-and-white 16mm film, which has now been coverted to MP4.

Along with the "Dead Bent #2" MP4, the highest bidder will receive physical items, including the original 16mm film negative, documentation from the shoot, and the original canister label. It's said to capture a very New York moment, following DOOM on a run to the bodega to buy some fruit and since recently being re-discovered, has only been viewed by Adam Lough and the colorist behind the video's re-master. "Dead Bent #2" is currently listed at a Reserve Price of 99 Ethereum (ETH) which is about $274,844.79, on Foundation. We reach out to Adam Bhala Lough, who was kind enough to answer some of our questions about "Dead Bent #2" and the DOOM NFT. Read through it down below, watch the original version of "Dead Bent," and feel free to bid on the DOOM NFT, if you feel so inclined


I. How did you initially re-discover this alternative version of your iconic "Dead Bent" music video for MF DOOM?

Adam Bhala Lough: I was re-mastering the video at SSI in Hollywood. My friend, Jesse Nicely, who was, also, a friend of DOOM's, hooked up a session over there with a professional colorist. While we were scanning through footage, the colorist discovered this alternate version. I didn't even know it existed! I had totally forgotten we had shot it. It was a crazy day, a crazy shoot day. So, it was all a blur. I was so blown away to see this new version.

II. What made you decide to exclusively share it as a Non-fungible token (NFT?)

Lough: The Aphex Twin NFT. I saw that and I loved it and wanted to do [something] similar.

III. What will the highest bidder receive along with their one-of-a-kind NFT package?

Lough:The 16mm original film negative, plus, some other goodies. The 16mm film negative is really special because unlike video, it's natural; film is made of vegetable, animal, and mineral material. DOOM's latent image is emulsified on the film, so it's almost like a physical piece of DOOM on every single frame.


IV. Without giving away too much what can you tell us about the plot of this alt. "Dead Bent" video and how does it differ from the original?

V. What was it like working with DOOM on, not one, but two versions of "Dead Bent" in the same day?

Lough: It was a lot of fun, despite the fact that I was nervous as f**k.

VI. Upon purchase, are there any limitations as to what the recipient can do with their newly-acquired DOOM "Dead Bent #2" NFT?

Lough: No, people can do whatever they want with it. 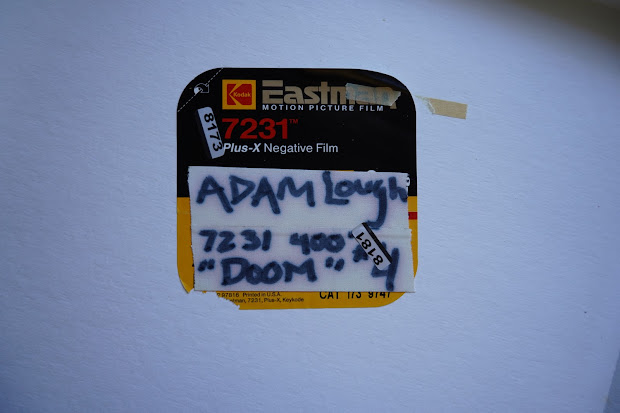 VII. When did you first meet MF DOOM?

Lough: After a show at The Knitting Factory in Lower Manhattan.

VIII. How did your lesser-known video for DOOM/Metal Fingerz' "Benzoin Gum" AKA "Lemon Grass" initially come together?

Lough: I had all this dope Super 8mm footage from the "?" video shoot that I, initially, wanted to incorporate into the film, but didn't end up fitting. DOOM, actually, came up to my apartment one afternoon and played me the beat. He was going to submit it to a Battle of The Beats [competition], I believe, under the alias "Metal Fingaz" or something like that. I loved it so much, I asked him if I could make a video for it and he said cool. So, I did. I recall, he didn't win that Battle of The Beats haha.

IX. What did working with MF DOOM back then mean to you?

Lough: Back then, it was one step to another level for me. I was living life quick, not stopping to think about how special life was and not [stopping] to be grateful. I thought it was another cool project among a lot of cool projects I was working on. I was proud of it, but I didn't really realize how special it was. DOOM gave me a shot, he took a chance on a 20 year old kid with no experience. In retrospect, that was a huge act of charity and I never thanked him for it. I was just dumb and young and trying to be a movie director.


X. How has his music changed your life?

Lough: His music has been a constant source of [inspiration] for my life and work.

XI. What are a few of your fondest memories from your time spent collaborating, working together, and hanging out with MF DOOM?

Lough: There are a lot of great memories. I remember once, he picked me up in a mini-van when he was in town. There were a bunch of dudes in the van, including KEO AKA Lord Scotch, who designed his mask and a lot of the album artwork. I don't even recall where we were going, but I remember them all snapping on each other (and me) in the funniest way for the entire ride. Everyone was laughing so hard, it was hilarious. I was laughing so hard, it hurt. DOOM and his friends were very funny, extremely talented at making fun of each other, and cracking jokes! 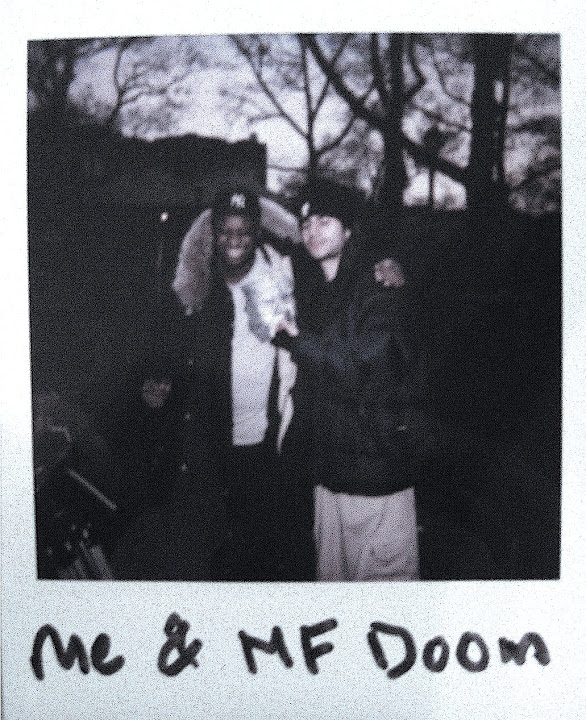