It doesn't specify exactly when, but a press release explains Beach Rats recorded Rat Beat sometime during The Pandemic with Punk/Hardcore lifer Brian Baker adding, "we'd go down in the basement, put on masks, open the windows, and we could play—within C.D.C. guidelines! We couldn't go to dinner at each other's houses, but we could practice." Alongside announcing the new album and their signing with Epitaph, Beach Rats have unveiled the first single for title track "Rat Beat." It's accompanied by a music video filmed by Beach Rats and edited by Eric Richter. Throughout the course of the less than two-minute track, we hear sonic allusions to both Minor Threat & Lifetime, as well as The Bouncing Souls & Bad Religion, complete with on-screen lyrics and a human-sized "beach" rat. Beach Rats' "Rat Beat" is now available on streaming services and Rat Beat is currently available for pre-order in multiple formats. Beach Rats' Rat Beat is out 7/29 on Epitaph. 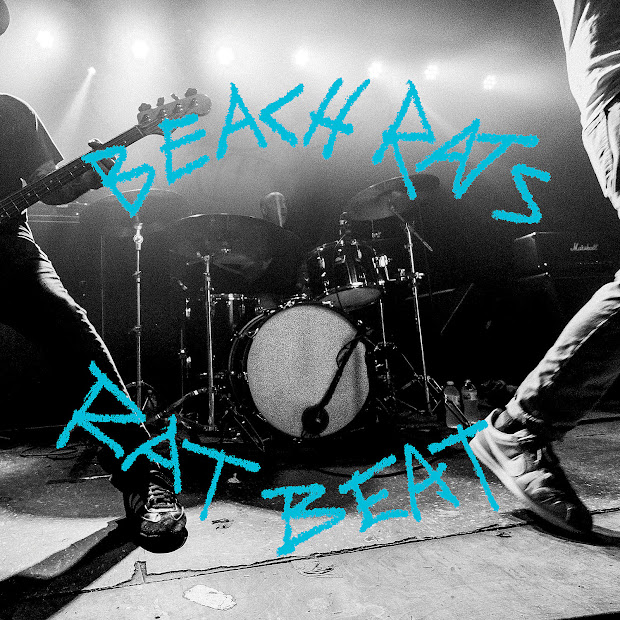 October 18, 2021
KIRA Roessler (CREDIT: Jack Grisham) Black Flag is just one of those bands—along with The Misfits, Minor Threat, Fugazi, Dead Kennedys, and more—that every young Punk/Hardcore fan cutting their teeth with the genres should experience. Kira Roessler was bassist (and the only female member!) of Black Flag during the Rollins-era between 1983-85. However, within those short two years, Roessler played on FOUR studio albums, Family Man, Slip It In, Loose Nut, and In My Head, as well as two live albums, Live '84 & Who's Got The 10½? and an EP, The Process of Weeding Out. During her now 46-year career, Roessler has spent time playing with Approximation, AwkWard, DOS with Mike Watt (Minutemen, The Stooges, fIREHOSE,) Geza X & The Mommymen, MinuteFlag, The Monsters, Puzzled Panthers, Sexsick, Twisted Roots, The Visitors, and Waxx, as well as appearances on various compilations Roessler describes herself as a "bass player first and foremost. Then, a sound editor, dog mom
1 comment
Read more