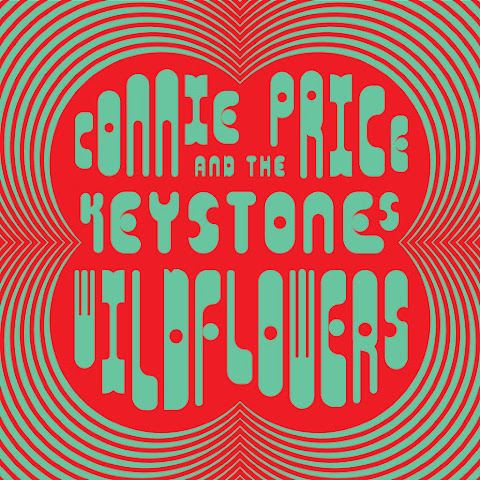 Full disclosure: Lions producer-guitarist and founding member Dan Ubick and I are friends, frequent collaborators, and mutual fans of each others' collected bodies of work (or at least, I would like to think so). With that said, it's really a no-brainer that nearly any given time Ubick and his number of creative outlets decide to unleash genre-blending music upon the unsuspecting world, I'm ecstatic to have the opportunity to write a piece centered around it; I've previously had the wonderful opportunity to interview Dan twice before, coinciding with the releases of The Lions' This Generation and Soul Riot, as well as having the coveted honor to premier their Ross Harris-directed Clash re-interpretation, "The Magnificent Dance." In addition to The Lions and former Stones Throw-signed Funk/Breakbeat group Breakestra, Ubick has been fortunate enough to work with everyone from Snoop Lion to storied emcee Big Daddy Kane and even formed his own The Beatles/Sgt. Peppers-esque ensemble, Connie Price & The Keystones around 2002-03. While it primarily functions as a "lost and found" re-issue label, Now-Again bestowed the great honor of issuing Dan Ubick's Connie Price & The Keystones' debut 7-inch as their first release, as well as The Keystones' 2004 full-length Wildflowers acting as the label's first proper album from a "new" artist. Now, 12 years later, as Now-Again has grown leaps and bounds – Madlib even produced a track on Kanye's recent The Life of Pablo – Egon has fittingly decided to revisit Wildflowers with a sprawling 19-track Expanded Edition re-issue CD; meticulously collecting a series of previously unreleased Malcom Catto-assisted tracks and rare vinyl-only B-sides from that era, which have been long out of print. I recently decided to reach out to dan Ubick in hopes of getting a little additional information concerning Now-Again's Wildflowers Expanded Edition, which quickly managed to morph into the rather insightful 5-question interview you see attached below.

I. "Connie Price & The Keystones are the Los Angeles musical group whose 7-inch releases kick-started the Now-Again label way back in 2002 – and whose Wildflowers album was the first full-length release by a new band on the label;" how did you and The Keystones come to align yourselves with Egon, Malcom Catto, Jay Whitefield, and in turn, sign to Now-Again?

I first met Egon when he worked at Stones Throw when [Peanut Butter] Wolf was up in San Francisco still. Not sure if they even had offices yet, might have been out of Wolf's apartment that I went to. Anyway, I played in my friend Miles Tackett's group Breakestra and our first LP "The Live Mix Part 2" came out on Stones Throw, for which Egon wrote beautiful liner notes on the back. From the get go I could just see that E was a special dude. Great writer, great artistic vision and he had all kinds of great records. Egon first turned me on to Wax Poetics, I met those guys through an intro from Eothen [Egon]. He has been a true believer in me and what I did with The Keystones and I am eternally grateful.

Malcom and Jan (Jay Whitefield) I met through Egon. I liked some of the Hotpie & Candy stuff they did, still do, BUT I was a big fan of the "Discern/Define" LP [The Poets of Rhythm] did on Quannum. They really brought their true personalities out on that LP. They were still as funky as ever but they threw in all kinds of other influences too making it really sonically interesting to me. It made me want to put my own individual stamp on my sounds and I think I really did with "Wildflowers." Todd [Simon] also introduced me to an LP he did in New York (right before he moved back out here, I think) with Leon Michels Homer Steinweiss, Nick Movshon, and all those talented Daptone/Antibalas dudes dudes called "Sounding Out The City" by El Michels Affair. They were throwing their own unique spin on it, too.

I signed to Egon's Now-Again label soon after I ended my stint in Breakestra. Miles and that surrounding scene turned me onto so much great music that I was excited to try my hand at producing some music of my own. I started with two SM57's and a crappy Tascam cassette 8-track and recorded some raw funk tracks I ended up calling "Highland Park" (where I lived at the time), "Time to Kill," "The Badger," etc. I played them for Egon and he put them out. I was stoked and am still proud of all the stuff we did for Now-Again.


II. For what sort of reasons were strong, infectious tracks such as "BALLOON RIDE," "Hurricane Malcom," and "Ups and Downs" ultimately left off Wildflowers at the time and what made you decide to recently revisit and include them within Now-Again's Expanded re-issue?

Those few previously unreleased track were just odds and ends that I worked on back then but I just didn't have time to finish them. The Keystones back then was me and my dude Todd M. Simon, who wrote horn arrangements for most all of the Now-Again-era tracks and for some reason, those three we just never found horn parts for, so I guess they seemed like they weren't finished by the time our deadline arrived. Egon asked if I had extras and I only had rough mixes. Had to dig up old reels and do some excavating but came out with the master reels for the three you mentioned. They are all really cool and Malcom [Catto]'s drumming, as usual, just kills me. The way he does kick, snare, hat combo is just godly. His bass drum foot is like a boxer warming up. Such control and so funky.

I don't remember exact details, but I do remember hanging on my back deck in Highland Park with Malcom and Egon. I was not a tea drinker at all, so when Mal asked me if I could make him a cup of black tea, I did my best. Steeped it too long though (lol). Mal is super cool, but my tea was so bitter from steeping too long that he reluctantly uttered: "this is worst cup of tea I've ever had" and we all started cracking up.


IV. How do you personally feel Connie Price & The Keystones has grown and progressed as a band and musical outlet during the length of time in between Wildflowers and your soon forthcoming Lucas High LP?

In so many ways... "The Keystones" has been many things and I've been so lucky to get all of the line-ups this band has seen. I'll tell you this, both "Wildflowers" and "Lucas High" have me and my brothers Dave Wilder and Davey Chegwidden on them. James King is doing Fitz & The Tantrums, Todd Simon fronts Ethio-Cali, etc. The Keystones is really a revolving cast of my good friends.

"Wildflowers" was my dream because I wanted to create some soul music with cinematic elements. "Lucas High" fulfills my dream of creating some funky tracks with many of the [emcees] I grew up listening rhyming on them. "Wildflowers" featured Bobby Watley from Funk Inc. (you record heads all know Funk Inc). "Lucas High" is gonna feature some of the most creative people I now; Brand Nubian, The Pharcyde, Brother J and Wildchild, Percee P and Guilty Simpson, Tallb Kweli, etc. etc. The Keystones LP I just started is gonna be a whole new take on things once again.


V. "That's a simple one: [Peanut Butter] Wolf always liked crooning, and he and I had this running joke about this story that Biz Markie told him about having a 45 of Donovan's "Get Thy Bearings" with an instrumental on the flip side (a total lie, of course, but everyone who knows Biz knows he's a big record fibber). I said, "why don't we just make one?" And, since it was my own label, I could," Egon recounted when I inquisitively asked about The Sand Dollars "Get Thy Bearings" 45 featuring none other than Stones Throw founder Chris Manak himself. How similar or dissimilar from Egon's re-telling is your recollection of "Get Thy Bearings," Dan?

I only met Biz one time in NYC. He was a trip (killed "Just Rhyming with Biz" with us and [Big Daddy] Kane), but I can't comment on his fibbing, [as I] don't know him on the personal level. Love his records.

I never heard this story Egon tells, but E's got a more solid memory than I do. All I know is that Wolf was down to do it and E put it out. Our version is heavy. I played drums on that one, I think Todd is playing the funky organ parts. Love what we did and Wolf's vocals are a crazy cool take on it. The Sand Dollars version sounds nothing like Donovan's version (and I LOVE Donovan's version), it's unique in it's psychedelia. Todd and I purposely had the horns take the role of the descending guitars at the end of Donovan's version. Lily Allen used it as a template for her song "Sunday Morning."

Posted by Matt Horowitz at 2:54 PM