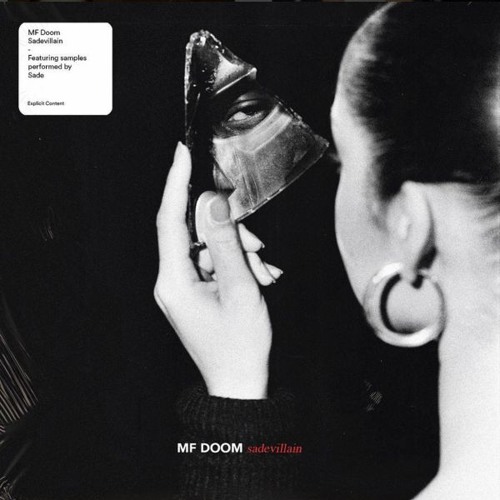 "SADEVILLAIN came about when I made two remixes back to back consisting of MF DOOM and Sade ("Air" & "Silver Spoon"). After posting it on the /r/MFDOOM subreddit, I got some pretty good feedback, and one user suggested I should make a full mixtape involving only MF DOOM and Sade, and I thought that was a great idea, so I laced some more samples with some of my production and went to work," mysterious 18-year-old British producer Sean Harrison aka Seanh2k11 wrote within an emailed conversation just two nights ago. Harrison quietly uploaded his 8-track SADEVILLAIN EP to DatPiff Monday afternoon with the intent to generate "maybe 1,000 views max," which quickly garnered critical acclaim from okayplayer, FACT, Highsnobiety, rapper Lupe Fiasco, and a number of additional online publications; in an attempt to distance and set myself apart from my peers, I reached out to Seanh2k11 via his YouTube channel in hopes to line up a SADEVILLAIN-centric interview exclusive to The Witzard. It would appear as though Seanh's entire SADEVILLAIN EP is in fact, a rather clever allusion to MF DOOM's 1999 Operation: Doomsday-featured quasi-title track or "Saffron," which made villainous usage of a buttery smooth sample lifted from Sade's Love Deluxe deep cut, "Kiss of Life." Like well-executed mash-up albums before it – such as Yasiin Gaye's 2-part "concept album," Beatles and Jay Z-melding Grey Album, or Clutchy Hopins Meets MF DOOM – SADEVILAIN EP doesn't manage to ever stray too far or sound all that dissimilar from DOOM's standard cartoons and cereal-leaning output, now backed with a batch of elevator-friendly hand-crafted Smooth R&B beats.

I. Would you care to give me a little bit of background on your personal production career, Seanh? About how long have you been making your own remixes, mash-ups, etc?

I started out making simple mash-up mixes back in 2010 when I was about 12; it pretty much consisted of me finding an a capella and an instrumental with around the same BPM and I simply just matched them together (very unprofessionally) it usually involved [whoever] was in the charts around then (Ke$ha, Rihanna, Eminem, Bruno Mars etc.) It was only when I found a web forum called "Mob-Figgaz.net" that my remixing style progressed through constant feedback and even collaborations with other producers or mash-up artists; the mixes I made from then on were usually 2Pac-based and usually consisted of a custom hook/chorus that I would make taking elements from his verses and mashing them together.


II. Now, how did your whole SADEVILLAIN EP come to fruition; any correlation to DOOM famously sampling Sade's sultry "Kiss of Love" on "Doomsday?"

SADEVILLAIN came about when I was indeed inspired by MF DOOM's Operation: Doomsday album, which obviously had "Doomsday" on the [second] track, which of course sampled Sade's "Kiss of Life." I always wondered why DOOM never sampled her more often with only releasing "Kon Karne," which featured her music again for the last time. In [honor] of both artists' music, I thought I could make a mixtape EP, which consisted of about 6-8 tracks of both DOOM and Sade, I thought the sound throughout the tape would compliment both artists' unique styles. This project was intended to just be a fan-made mash-up that I thought would get maybe 1,000 views max, I never knew it would blow up like it did.


III. What sort of general processes did you try to adhere to when crafting your SADEVILLAIN remixes... sample-laden beat first or bare bones a capella?

When creating this mixtape, I always focus on what sample I was going to use, which in this case, meant what Sade song I should use and which one sounds like something MF DOOM would spit over. After re-listening to Sade's music, I narrowed it down to the ones that I used. From there on, [I] got to work on Fruity Loops, laying down 4-8 bars of Sade's music and looping it for the verse; I then took a section from her verse and used it for the chorus, each song had its own process but this was pretty much the jist throughout. After I knew what sample I was going to use, I would then add drums over the samples that didn't have drums or had weaker sounding drums. In "Hot Pants," I only added more bass on the kick to give it that [oomph] which complimented DOOM's flow a lot more. Alongside the samples, I also added extracts from the TV series Fantastic Four, which DOOM is famous for sampling. I found ones that would fit the song and added them for the intro/outro.


IV. Let's assume Ghostface Killah & DOOM finally end up releasing their long-rumored and fabled "SWIFT & CHANGEABLE" this year; do you think you would be interested in concocting a possible remix album?

As far as making another MF DOOM tape, I'm not sure I would go back down that path; this is simply because I don't want to overdo it, as it won't be as special or as memorable the [second] time around. I have, on the other hand, thought about making another tape down the line involving another legendary Hip-Hop artist and a different artist in a different genre (just like when someone made a mixtape of Wu-Tang Clan and The Beatles), but this is something I probably won't start doing until later this year. I cannot wait for DOOMSTARKS to drop (if it does) because Ghostface is someone I have admired for a long time, so to have both these artists [collaborating] will be a blessing to hear!


V. In your personal opinion, what do you think makes DOOM's multi-layered rhymes and a capellas so apt for inventive remix projects like your own SADEVILLAIN EP?

MF DOOM's rhyming style is so unique and fascination to listen to which means that whatever beat you put him on he will flow so well over it; having heard "Doomsday," I instantly knew that DOOM [would] sound as good on Sade's other work and this is the exact reason why I went to work on making this mixtape. I would love to hear MF DOOM collab with more artists such as Sade, who are respected for their unique styles of sound. Another collab I would love to hear again would be another MF DOOM & Gorillaz song; "November Has Come" is an incredible duo piece that needs to be revisited, and who knows, maybe a DOOM & Gorillaz project will be in the waiting.
Posted by Matt Horowitz at 1:43 PM