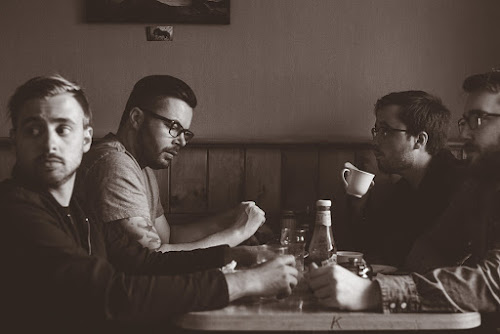 "The Alpacas are Nick Harper, Greg Lee, Brett Garner & Brent Lee: a four-piece Rock "N" Roll band from Barrie, Ontario. The Alpacas aim to write honest, hooky, and heavy tunes that strike a balance between raw and refined. The Alpacas' live show is loud and quiet, fast and slow, tidy and unkempt—but above all, The Alpacas look to create some good time vibes and entertain an audience," reads a fragmented chunk of Canadian Pop-Punks The Alpacas' on-site Willow Music band bio. "Born in the Year of The Horse, Greg Lee can sing like a bird and scream like a wildcat from Northern Ontario. Brett was naturally gifted with the calloused fingers of a sea-faring gentleman. His leathery paws give him the ability to produce very low frequencies on the bass guitar. Nick's timing is impeccable, he’s never been late his entire life. Some drummers practice to metronomes, but metronomes practice to Nick Harper’s drumming. At the tender age of 11, Brent Lee lost his ability to see far distances. No longer able to watch re-runs of Full House, he abandoned television and turned his attention to the family guitar," continues The Alpacas' rather fictitious, yet utterly hilarious, "formation" story.

Its members readily cite The Who, The Replacements, Hüsker Dü, The Strokes, [Death from Above 1979], Nirvana, Queens of The Stone Age, Jack White-fronted The Raconteurs, The Rolling Stones, and Ryan Adams amongst their greatest sources of personal and artistic influence; without further ado, I present to you a transcribed conversation I recently had with The Alpacas frontman Greg Lee concerning their band name, influences, the writing and recording music, Kendrick Lamar, and plenty more ahead of their October 14th debut full-length, The Best Is Behind You. So, hit "play" on one of their three pre-album singles and enjoy an all-inclusive conversation with the Barrie, Ontario, Canada Punk rocker!

I. How did you fellas initially meet, come to form a band, and ultimately, decide on the name “The Alpacas?” What does your band name mean or symbolize to you guys?

Greg Lee: We had known one another quite some time before The Alpacas. My brother [Brent] and I had been a band prior, and Brett went to the same high school with us. We had met Nick at local show and it was there we saw him perform as a fill-in drummer for a band called The Dead Mechanics. Eventually, we invited him out to our rehearsal space. It all came together very organically... For the band name, we had a gig coming up and hadn’t picked a name yet. So, pressed for time, we called ourselves "The Alpacas" after an alpaca farm that is located just up the road from our rehearsal space. We liked it because we try not to take ourselves too seriously. The name has served us well!


II. How do you feel your music, recording processes, creativity, etc. have changed and progressed since your earliest EP’s, The Alpacas and Good Luck, to your forthcoming full-length album, The Best Is Behind You?

Lee: Our [musical] style has changed drastically over the last three years. When we first started, the group had a sound similar to The Ramones. When the band recorded the first EP and Good Luck, we'd written songs inspired by artists like Neil Young and The Replacements. Those influences are still apparent on our upcoming LP, but I think we have our own sound now. Our recording process is close to what we did with Good Luck EP. We did the record at Metalworks in Mississauga and SlipOne Digital in Newmarket; two wonderful studios that feel like a second home at this point. I think playing so much has [helped] refine our style, so we've improved every time the band goes back to make a record.


III. What’s the story behind the striking black-and-white 1950’s boxer-reminiscent cover images attached to your latest string of singles: “Wax,” “Cab Fare,” “Artifacts,” and The Best Is Behind You? Where did you find this plethora of retro images?

Lee: The boxer in those old photos is my Uncle Stewart. My mother obtained a box of all these old family photos and newspaper articles. The images you've seen are the ones that captured our attention immediately. The band collectively agreed that they were too good not to use.


IV. What would you likely site as some of your greatest influences during the writing and recording of The Best Is Behind You?

Lee: The Replacements have always been a big influence our song-writing. It's difficult to name a select few artists because [we've] always felt inspired by something new everyday.


V. We, here at The Witzard, are a primarily Hip-Hop-centric publication with one foot firmly planted in Punk Rock and the other in Indie Rock; with that said, I always like to ask non-Hip-Hop acts to name a few of their favorite recent Hip-Hop releases, whenever possible?

Lee: We like to listen to Kendrick Lamar, especially before a show. Chance The Rapper is on there, as well. His most recent recordings [Coloring Book] are awesome!


VI. What can you tell me about the creation of your The Best Is Behind You-related music videos, “Wax,” “Cab Fare,” and 2015’s pre-album single “Mezzanine?”

Lee: The music video for "Mezzanine" was filmed at a local Rock bar called The Foxx Lounge. It's located in our hometown. We wanted to do a simple performance video for that song and we thought a bar would make for a great atmosphere. When it came to our video for "Wax," we wanted to put together images that communicated what it's like to be in a band. Rehearsing, loading gear, and traveling were just a few ideas we wanted to film for it. For our latest video "Cab Fare," we wanted to make it almost like a short film. The story was inspired by movies like Shaun of Dead (2007) and An American Werewolf In London (1981). It was a lot of fun [and] the band had a great time filming it!


VII. What does your latest album title, The Best Is Behind You, and its companion title track, mean to The Alpacas… or better yet: what do you intend for it to mean to the Punk/Rock “N” Roll-consuming world?

Lee: We had the companion song written, but one of us mentioned it as a potential title. It didn't take too long to realize it was probably the best suggestion. The title has a glass half full/half empty conundrum to it. Whether it's positive or negative, that all depends on the person reading it. For the Rock and Punk Rock listeners, we hope it's appreciated, as well.

VIII. Now that your long-awaited debut album’s October 14th release is fast-approaching, what do you and your team have planned for the album’s impending roll-out in the coming weeks?

Lee: The band has some cool surprises we are working on at the moment. The biggest thing is our album release at The Horseshoe Tavern [on] October 29th; right up close to Halloween.


IX. What sort of impact (intended or not) did Nelly Furtado, Stone Sour, The Cranberries, and Circa Survive producer, engineer, and mixer Kevin Dietz have on the overall sound and aesthetic present throughout The Best Is Behind You?

Lee: Kevin Dietz is a big influence on the sound of his record. He's a super talented and all around great person to have working with us. He knows how to take a vague idea that a band member would suggest, and somehow make it real. His experience and opinions are amazing to have on our side!


X. Now, your initial “Wax” press release attests that “musically, it’s as if Johnny Ramone joined The Strokes as a third guitarist [and] lyrically, it’s also inspired by the song “Left of The Dial” by The Replacements from their 1985 album, Tim;” were those conscious influences while recording “Wax” or were they simply noticed and conceptualized after the fact?

Lee: Those comparisons were noticed after the song was finished. When the mixes are done, our influences usually seem more pronounced. We never realize how inspired we are by other artists, until we listen back to our stuff. 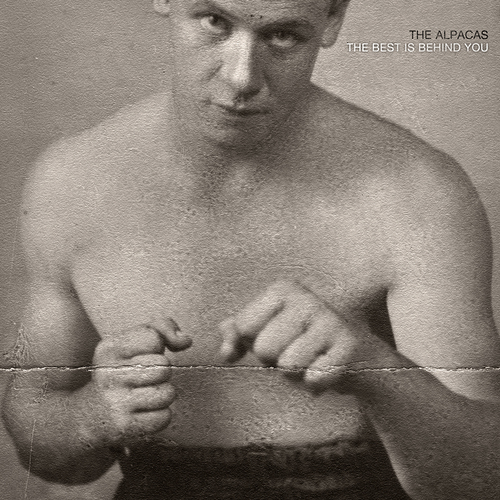 Posted by Matt Horowitz at 6:28 AM