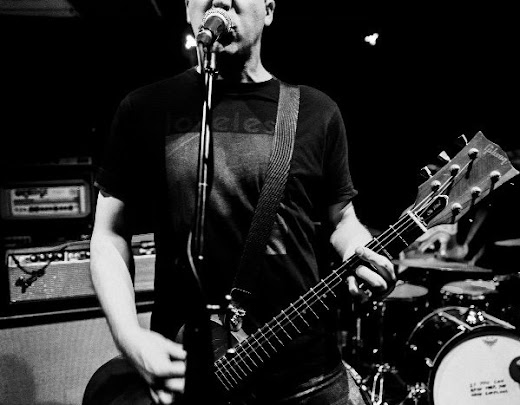 American Ethos are a mysterious Punk/Hardcore band based out of New England. I, actually, heard about American Ethos through a recent post made by @simpsonsXcore on Instagram, wherein they re-created the cover for American Ethos' recent self-titled debut full-length. Primarily functioning as the long-time "solo" project of guitarist and frontman Daniel Lajoie, American Ethos has featured a rotating cast of players. First established in 2011, Lajoie's American Ethos released a 3-track Demo Twenty Eleven, followed by a 2015 EP entitled Cosmetics​, and yet another EP in 2018 called Futurism. Last year, right before year's end on December 26th, American Ethos returned once more with their self-titled 12-track debut full-length on Texas-based Conditions Records. For this album, Daniel Lajoie has recruited drummer Mike Moschetto and Ryan Stack, who plays organ on "mulligan" and some guitar licks on "the killing chair" & "altruistic punishment." Lajoie plays... everything else!


american ethos was recorded, produced, and engineered by Ryan Stack at The Noise Floor in Dover, New Hampshire over multiple sessions between 2018-2019. It was, then, mixed by Ryan Stack & Daniel Lajoie at The Noise Floor. american ethos was finally, mastered by Jack Shirley (Gouge Away, Tony Molina, Touché Amoré) at Atomic Garden Studios in Oakland, CA. It's a phenomenal album, in my opinion, and boasts sonic similarities throughout to both Jeremy Bolm's Touché Amoré & Hesitation Wounds. We haven't done year-end lists these last few years, but if we had, american ethos would have definitely ranked atop our list for best albums of 2019. American Ethos' self-titled debut full-length is currently available to purchase, stream, or download through either the band's Bandcamp page or Condition Records' page. It's currently a digital-only release, but with any hope, this absolute RIPPER of an album will, eventually, see a vinyl pressing, as well. Below, you can find a bit of commentary on said album from frontman and guitarist Daniel Lajoie himself.


"I've always wanted to be in a band since I was nine. As much as I've tried, people were/are not interested in playing with me. This is my fourth solo release. I released a demo in 2011, an EP in 2014 (Cosmetics,) another EP in 2018 (Futurism,) and, finally, this last full-length all under the moniker American Ethos; all can be found on the American Ethos' Bandcamp. Each time, I found a drummer willing to play the songs I wrote, I paid for studio time, and, then, I did everything else, except drums. Ryan Stack recorded the 2018 EP and this full-length and we worked [closely] together at his studio on Sunday afternoons and worked on this project piece-meal, usually, once or twice a month for over a year.

Ryan & I, also, mixed the album together (my first time mixing) and we are both excited on how it turned out. I love Jack Shirley's records and his studio, so we sent him the record to master. He loved it and (by his own admission,) did not have to do to much to master it. I have a live band now and we are playing some shows (hopefully, we will get more offers.) They were not on the recordings, but will help play the songs out live. Kinlin & Jim Ritchie from GUNS UP! are currently playing with me. If they are interested, we will continue to keep doing this, either as a three-piece or a four-piece. I play guitar and sing live, though, I'd rather just play [than] front the band." 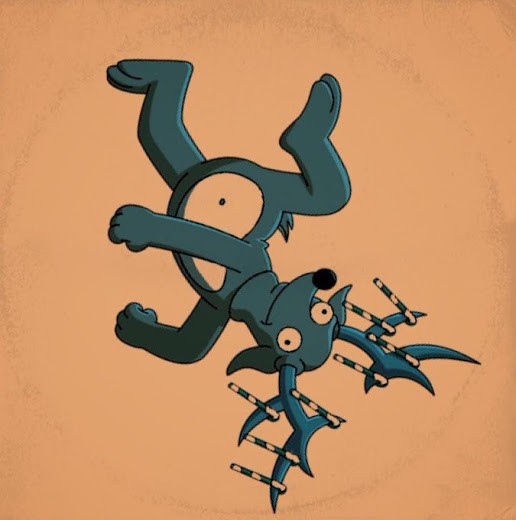