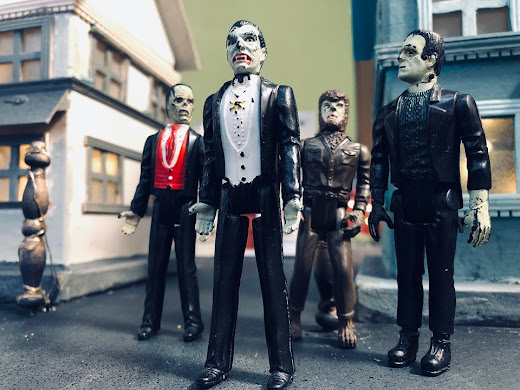 "After years of depriving all of us adoring fans of a live performance, Bracket are finally embarking on a World Tour!!! They are set to hit exotic locales, such as Santa Rosa & San Francisco... well, that's it, really... but beggars can't be choosers," explained a recent post on Fat Wreck Chords' Facebook page. "For all you disappointed non-Bay Area residents, we've got a little something for you, too. We're rolling out the brand new video for "Forget" from Bracket's latest full-length, Too Old to Die Young," their tongue-in-cheek statement continued. Bracket's first shows in FOUR years will take place on Friday, February 14th and Saturday, February 15th in Santa Rosa, California at Shady Oak Barrell House (A FREE SHOW!) and in San Francisco, California at Thee Parkside, respectively. Bracket's aforementioned 2019 album, Too Old to Die Young, was their first album issued by NOFX frontman "Fat" Mike Burkett's imprint, Fat Wreck Chords since 2002's LIVE IN A DIVE.


Since publishing our comprehensive full-band All-around Breakdown with Bracket's own Marty Gregori, Angelo Celli, Zack Charlos & Ray Castro last year, I've heard rumblings about a mysterious music video for "Forget." It appeared as though it would "star" four Universal Classic Monsters in place of Bracket's members, as directed by film/video editor and director Mike Sloat. Now, nearly a year after Too Old to Die Young's May 2019 wide release, Bracket have finally unveiled "FORGET" DIRECTED BY: MIKE SLOAT! We recently reached out to Bracket guitarist Angelo Celli and "Forget" mastermind Mike Sloat, via email, in an effort to learn a bit more about their monstrous creation; below, you will find excerpts from said emails, along with details on Bracket's upcoming 2-day "World" Tour. Bracket's latest album, Too Old to Die Young, is out now on Fat Wreck Chords. It's an extremely strong effort (one of the best of 2019!) and it's great to have Bracket back on Fat! 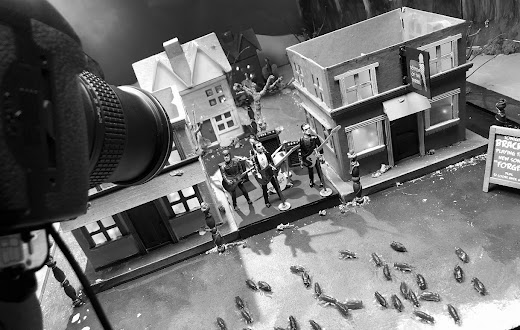 Angelo Celli On His Action Figures: "The toys in the video are the same that made the album cover and they were mine as a child. The theme of the video, obviously, is a nod to our insecurity about "playing for crickets" (who end up leaving, as well hahaha.)"

Mike Sloat On His Relationship with Bracket: "I've known the guys from Bracket for many years—[we] used to play shows in the early 90's together—just as gig acquaintances, basically. They were ALWAYS one of my favorite bands and in the late 90's, my business partner at the time, Carlo [Silvio], and I did a few unofficial music videos for them ("Trailer Park" and... one I can't remember!)"

Mike Sloat On Meeting Bracket: "Fast-forward to a few years ago... I heard they were still around and tried to contact them to do a video, but they didn't sound interested. Then, a year or two later, they contacted me and wanted to do something. I met up with them and we started talking specifics, which was that they didn't want to be IN a video in any way!"

Mike Sloat On Angelo's Action Figures: "So, in hashing out the idea, we decided to have these Horror movie action figures from the album cover (and from Angelo's childhood) stand-in for the band members. From that point, they let me decide what to do to set the scene. They were always talking about "hearing crickets" after each song they'd play, so we thought... why not have an audience of ONLY crickets, who still don't even want to hear them? Pure Comedy."

Mike Sloat On Bracket's Miniature City: "Anyway, I had this miniature downtown city set from a previous project, just sitting around my studio, so I dirtied it up a bit, built a tiny stage and gear props, and spent a few days animating some very simple movements and shots that we could repeat, as needed. I had an Animation Assistant, Logan Thompson, that did most of the band movements, while I ran the camera movements and lights and took each shot."

Mike Sloat In Closing: "My partner, Jason Pedri, also, helped with some camera movement shots. I was a really fun project and the band had no changes to the first cut I showed them! This, basically, never happens and the guys from Bracket are super-easy and appreciative of what we did for them."

Posted by Matt Horowitz at 8:40 AM